Attendees at the Songbook Academy’s final concert July 23 will notice one significant change for the final performance: There is no longer a top 10 or Songbook Youth Ambassador selected from the 40 finalists. The concert is set for 7 p.m.

“This is a change that the organization has been moving towards for many years, as the mission of the Songbook Academy is to foster the next generation of songwriters,” said Renée La Schiazza, Great American Songbook Foundation’s director of programs. “Regardless of a Songbook Youth Ambassador title or achievement award, all 40 students who participate in the program annually act as representatives and ‘ambassadors’ for this program across the country year-round,” 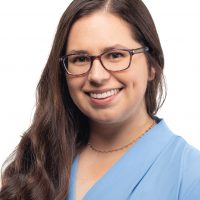 La Schiazza said having a virtual format the past two years allowed officials time to reimagine the program and refocus on the educational goals without the competitive model.

“As we return in-person we are excited for these instrumental changes that will only deepen the impact we have on our students,” she said. “This format change allows the organization to invest in all of our ambassadors, create further performance and educational opportunities for students that will inspire them beyond Academy week, create a bigger and better celebration of the Songbook for our local audiences and fulfill what aspiring young singers and their families are looking for when they join us in Carmel each summer.”

With the elimination of the competitive model, La Schiazza said students ca reapply to return to the program as long as they are still in high school, an opportunity that was not previously extended to those who were selected as the Top 10 finalists in a given year.

La Schiazza said dedicated Songbook fans will experience all the special events that they look forward to each year. The Public Masterclass and the Songbook Showcase will look nearly the same as any other year.

“The only instrumental change will be that all 40 students will sing one song on the Palladium stage (July 21) instead of two songs, which will allow them the rehearsal time they need to prepare a variety of exciting new medleys for the (July 23) concert arranged by our star-studded team of music directors,” La Schiazza said. “The July 23 concert will be an expanded multimedia production featuring all 40 singers in solo and ensemble performances to celebrate their growth over the course of the week, including a tribute to late Broadway icon Stephen Sondheim, led by emcee Michael Feinstein. Awards and honors will be presented throughout the evening, and a giant video screen will display interview clips and behind-the-scenes footage from this year’s academy.

“A performance by 2013 Songbook Academy alumna Melinda Rodriguez, winner of the annual Ella Fitzgerald Jazz Vocal Competition and competitor on Season 17 of NBC‘s ‘The Voice,’ will welcome the new class to the Songbook Alumni Network.”