A new Fishers-based product, Spokenote, runs on the simplicity of scan, smile, share. It was launched June 27 by John Wechsler, founder of Launch Fishers.

“It’s like a virtual Post-It Note,” Wechsler said. ““With a Spokenote sticker, you can add video to pretty much anything.”

The product is printed with a QR code. The sender scans the code, records or uploads a video and sticks it wherever they want to share their message. On the receiving end, the person simply needs a smartphone to point their camera at the sticker and the sender’s video instantly starts playing. 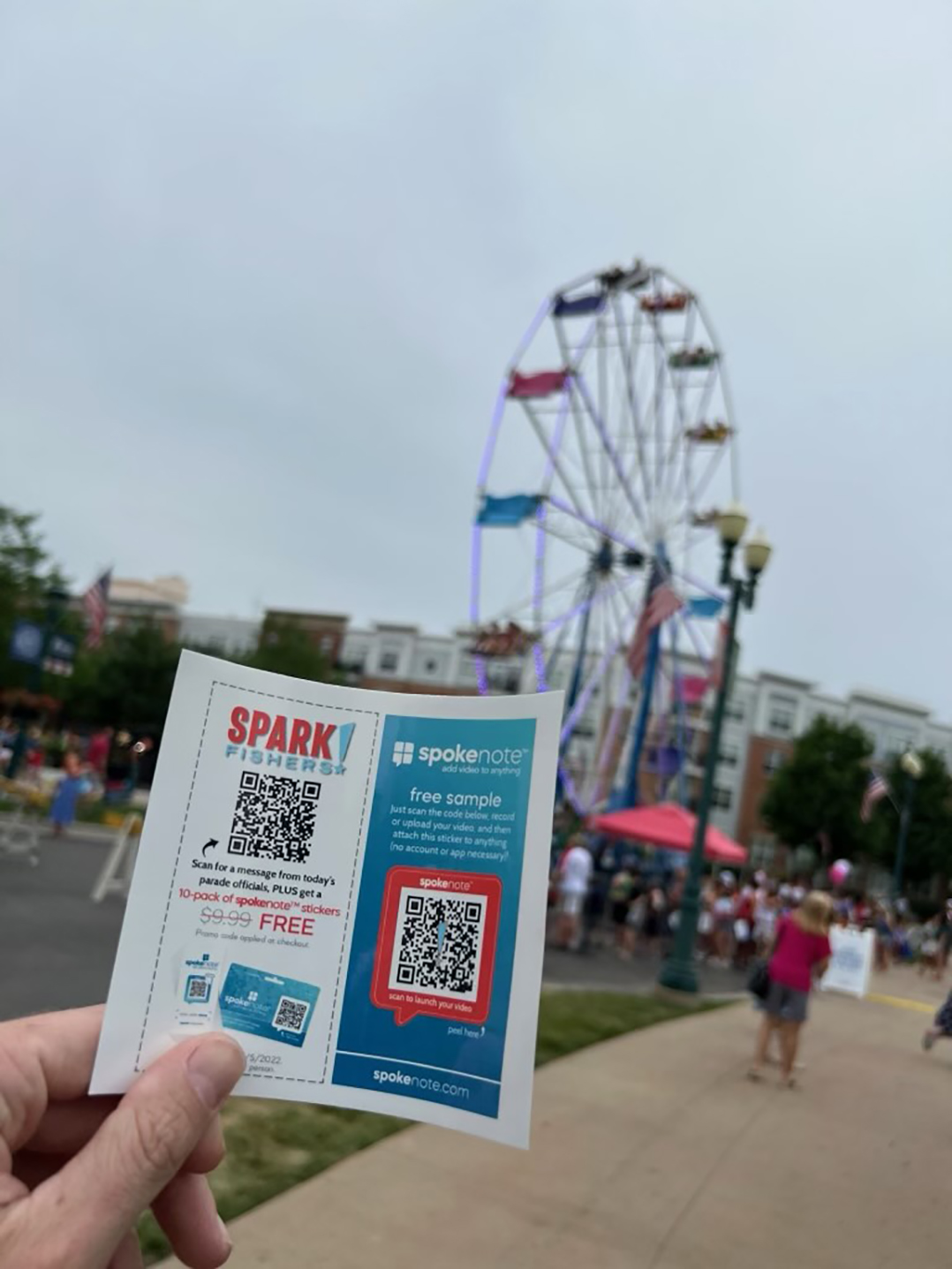 Spokenote stickers were given out at Spark!Fishers. (Photo courtesy of Mike Harmon)

Wechsler and his team have come up with more than 150 ways to use the product, including instructional videos, personalizing gifts, enhancing rental properties and helping patients remember home care instructions after being discharged from the hospital. It can also be used to send an encouraging message to loved ones – which was the inspiration for its creation.

A few years ago, Wechsler was talking to a friend who said he wished he could send a video to a family member in the military stationed overseas. The idea inspired Wechsler to create a prototype that friends and family widely accepted.

Wechsler said the technology behind Spokenote is more personal than a text or email.

“It’s a new way to communicate,” Wechsler said. “And the power of video and spoken word is undeniable. Sometimes, text messages can’t emphasize the same way a voice message can. You can’t tell tone or inflection in a text and that can actually make texts be taken the wrong way sometimes.” 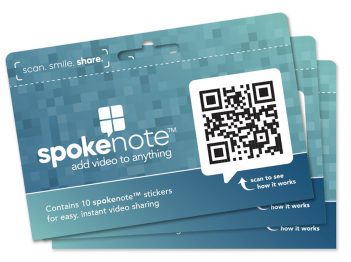 Real estate agent Allen Williams is already a fan of Spokenote. He said he uses the product when showing homes to emphasize certain parts of the house. He also uses it to connect with clients who have purchased homes from him. He uses the sticker in cards to personalize the message.

“The thing that I love about the spoke note is when someone hits play, there’s only one way to take that video that they’re going to see and you’re able to really communicate that message in a very genuine way,” Williams said. “That’s really not up for interpretation.”

Williams said that if he sees a sign in a former client’s yard who is celebrating a birthday or anniversary, he swings by with a $5 gift card with a Spokenote sticker inside.

“It’s a great way to say, ‘Hope you have a fantastic birthday, Timmy, here’s a $5 Culvers gift card. Have your parents take you and get an ice cream on me,’” Williams said.

Williams said QR codes have become more popular since the beginning of the COVD-19 pandemic. As a result, Spokenote is something people of all ages can see and instantly know what to do, he said.

“It’s just easy,” Williams said. “Anybody can do it, and so it’s very well known as far as when you take that picture and you hit that scan, you know that you’re going to get something in return.”

For more, visit spokenote.com or find the product on Amazon.