Cathy Daugherty figures there is a good reason why Penny Putters Ladies Golf League is celebrating its 50th year in 2022.

“We have some really good golfers, and we have some novice golfers, and everyone is kind to everyone,” Daugherty said. “It doesn’t matter what your ability is, everyone is welcome with open arms. I think that is the secret to the league, otherwise we wouldn’t have 85 members.”

The 9-hole league returned to play at Zionsville Golf Course in June. The course needed work. The Golf Club of Indiana allowed league members to play on its course while the Zionsville course was being worked on.

Members write their names on a slip of paper. They then put a penny in for each putt they make during a round.

“So, if you have 18 putts, you are supposed to put in 18 cents,” Daugherty said. “For each week, there is a drawing. We do all the drawings at the end of the month. That’s where the Penny Putters name came from.”

Daugherty said the average number of participants is usually 50, with the number increasing to 60 at the end-of-the-month scramble.

In the last week in July each year, there is a charity scramble. The fundraisers have supported research for breast cancer, other forms of cancer and juvenile diabetes.

Prevail of Central Indiana is the charity for July.

Kathy Rieke, treasurer of the league, is in her second year playing. She started a year after retiring as assistant superintendent of the Metropolitan School District of Lawrence Township.

“It’s the camaraderie and meeting people that you live close to that you wouldn’t meet otherwise, then regular golf play that’s all set up for you. You can’t beat that,” Rieke said. “I knew about it 20 years ago because a neighbor did it, but work kept me from doing it. When I retired, there was a waiting list. Fortunately for me, a year later they expanded.”

Daugherty said there is a high percentage of former teachers in the league.

Rieke said some women have been able to play while working if they have flexible schedules to take Wednesday mornings off.

The league typically runs from May to September. 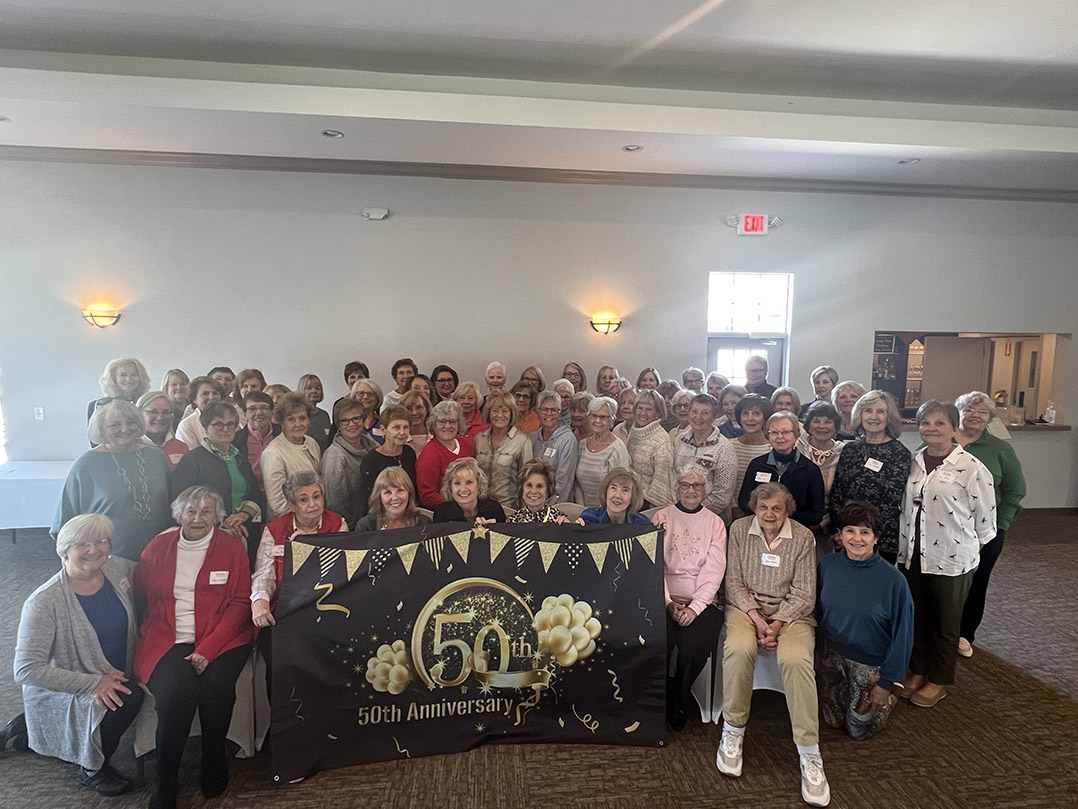 The age range of members is from approximately 50 to 94-year-old Gloria Stanek, the oldest member.

“The women in the league are nice people,” Stanek said. “They’re kind to one another and that’s why we enjoy it so much, I think.”

Stanek, a Zionsville resident, said she doesn’t like to play on hot and humid days.

“If you play with someone else from the league, you can go on a different day,” she said.

Stanek moved from Ft. Wayne to Indianapolis several years ago. Her four children all attended Warren Central High School. Stanek, who moved to Zionsville approximately 30 years ago, began playing golf after retiring as a secretary for the Indiana High School Athletic Association.