After appearing in three seasons as Sophia on Disney’s “Sydney to the Max” TV series, Amelia Wray has been taking an acting break to concentrate on her music.

“I love it all,” Wray said of acting and singing. 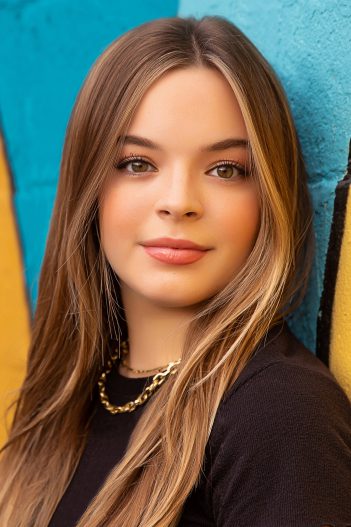 The 17-year-old Wray, who was reared in Carmel, will perform in the July 30 “Boys of Summer” concert at Avondale Music Hall in Chicago. She will perform her single “Moved On” live for the first time. Wray wrote it with the help of singer-songwriter Audrey Paige and Marc Johnson. Eric Klee Johnson and Marc Johnson, who own The Pop Machine recording studio in Indianapolis, produced and recorded it. Wray also will sing two cover songs she selected in Chicago.

In the works is an opportunity for Wray to perform as an opening act for Menudo in Las Vegas in November. Menudo started as a Puerto Rican boy band in 1977.

“He’s been my voice coach for years and I truly thank him for his guidance,” she said. “Music makes me so happy. My goal is to create an EP (extended play album), so I’m writing and writing.”

Nonetheless, she said she misses filming and the rehearsal schedule of being on a series.

The show finished filming Season 2 in February 2020, and the episodes were supposed to return six weeks later, but the COVID-19 pandemic put a halt to that. When filming resumed in October 2022, it was quite different with the cast and crew required to wear face masks at all times, except when filming, and the actors couldn’t socialize.

“They didn’t even want us to eat lunch together,” Wray said. “During rehearsals, they made us wear the face shields. We’d film a scene and the second they said cut, we had to put on our masks. We were tested for COVID every day.”

The pandemic delay also meant the child actors all looked older than planned when filming resumed.

“When we came back, we didn’t look like we were in eighth grade anymore,” Wray said.

During the pandemic, Wray appeared in a short segment that was part of the film “Entanglement,” which included 12 shorts. Her segment is a solo short called “Isolation in Lockdown.” Her 10-minute part was filmed at her home.

“I play this girl who is trapped in the house during COVID,” Wray said. “This girl is going crazy. ‘I can’t catch a break from my parents and siblings. I just need a place in my house to escape to where I don’t have to talk to anyone.’ “

The girl finds a cleaning closet in her basement.

“She makes an invisible friend, which is a mop she calls Leonard,” Wray said. “She rants and talks to him like he’s a friend.”

Wray is still auditioning for TV and film opportunities. If she is offered the right opportunity, she said she would love to do another show.

“I probably wouldn’t even hesitate,” said Wray, who has one year left in high school. “My goal is to get a film or another TV series, get a little more recognition and then go do a Broadway show.”

Wray’s twin brother, Mitchell, is taking a break from acting and is working on fashion designs. The siblings are represented by The Osbrink Agency.