Actors Theatre of Indiana co-founder Don Farrell has regularly performed his Frank Sinatra tribute show the past year at Feinstein’s Cabaret at the Hotel Carmichael in Carmel.

While thinking about covering another singer’s song, he decided to turn to another Great American Songbook Hall of Famer. Farrell said Barry Manilow seemed like a good contrast from Sinatra. 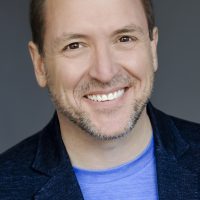 “And who doesn’t love Barry Manilow?” Farrell said. “I started working on that with my friend Terry Woods. It’s really great to delve into his catalog. There are so many great tunes from the 1970s and ’80s. He shaped the Songbook of generations of people.”

Farrell will perform “One Voice: The Music of Manilow” July 14 and will be joined by the Terry Woods Jazz Quartet. The shows are part of the ATI Live Presents schedule at Feinstein’s.

“While I was researching his music, I fell back in love with it,” Farrell said. “The melodies are so great. It keeps modulating up. He really knew how to pull the heartstrings of people.”

Some of Farrell’s favorites include “Weekend in New England,” “Could It Be Magic” and “This One’s for You.”

Farrell will perform his “All the Way: A Frank Sinatra Tribute” July 9 and Aug. 24. ATI co-founder Judy Fitzgerald also will have two dates in “Walkin’ After Midnight: The Music of Patsy Cline” July 21 and Aug. 31.

Fitzgerald said she is excited for her first solo show at Feinstein’s.

“I absolutely love Patsy Cline and it fills me with such joy to be able to perform her music,” Fitzgerald said. “I love all of her songs, but a couple of my favorites are ‘Lovesick Blues’ and ‘Gotta Lot of Rhythm in My Soul.’ They really move and are a blast to sing.”

Fitzgerald has performed in ATI’s “Always … Patsy Cline” twice, including the fall of 2021.