The last several years for Joe Molina have felt a bit like a Hollywood script.

And he’d know, as the 67-year-old spent most of his life in Los Angeles, where he founded a public relations agency that specialized in promoting high-end and exotic automobiles, including through blockbuster movies.

So, when it came time to retire, it felt a bit like a plot twist when he decided to ditch the L.A. traffic and threat of earthquakes and fire and move to Carmel, a place where he had almost no ties. His wife, Beth, is a native Hoosier, and he had visited the city during trips to Indiana to visit her family.

Between the Palladium, Christkindlmarkt and neighborhoods decked out for the holidays, it was like nothing he’d ever seen before.

The Molinas made their cross-country move in November 2021, filling their new house in the Jackson’s Grant neighborhood with their modern art collection and surrounding it with unique cars.

It didn’t take long for the Hoosier state to feel like home for Joe, but that may be because it already held a special place in his heart.

In an earlier act, it had played a key role in launching his Hollywood career in the first place. 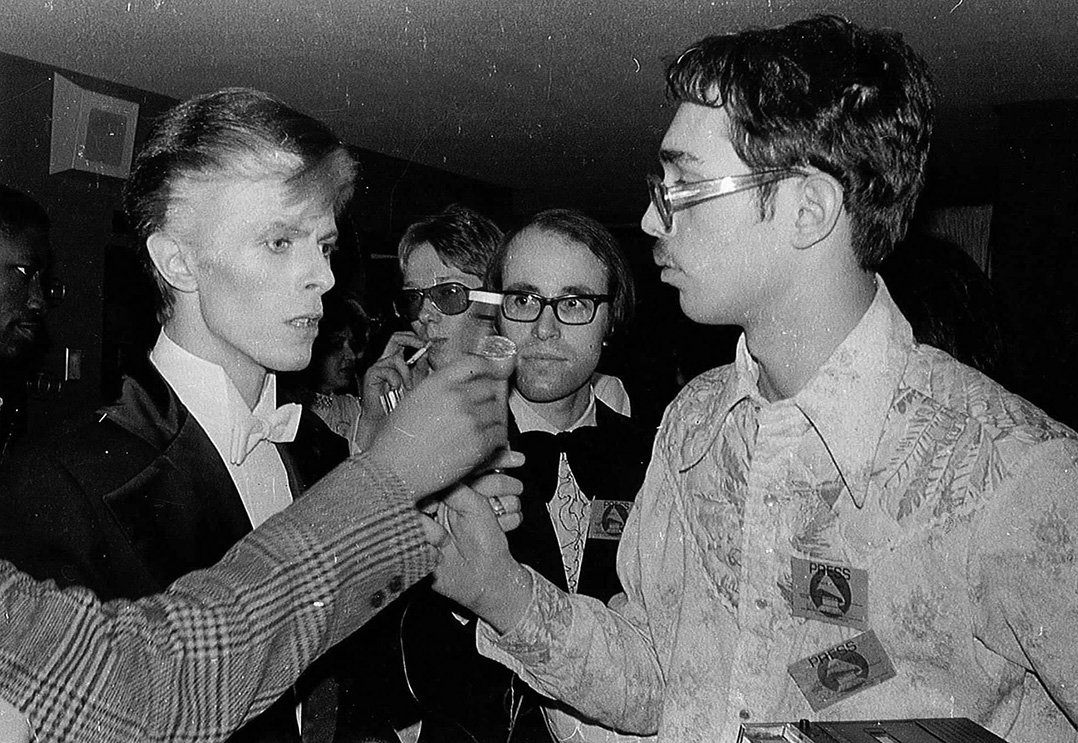 Nearly 50 years ago, Joe arrived at Fort Benjamin Harrison in Indianapolis to study journalism while serving in the U.S. Army. At the same time, Beth attended high school at Lawrence Central, but their paths wouldn’t cross until decades later in Los Angeles.

Joe began covering the rock ‘n roll beat for the Army, interviewing legends such as John Lennon, Elton John, David Bowie and Rod Stewart. In 1975, while traveling with the band KISS, he decided that he’d rather be involved directly with the artists and organizing their events rather than covering them. He decided his next career move would be to public relations.

At about the same time, he began making connections with exotic and luxury car collectors and dealers and realized he could make a living promoting them to the public. So, in 1977 he founded JMPR Public Relations in Los Angeles. 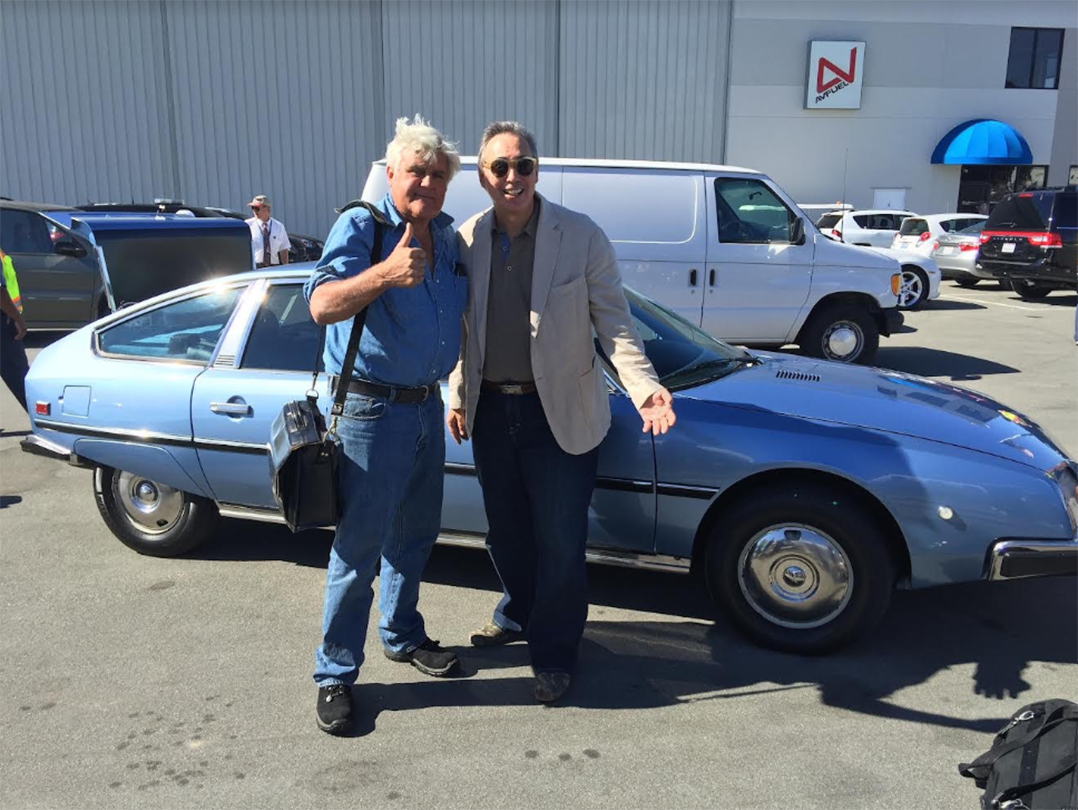 Joe spent more than 40 years running JMPR, working with celebrities such as Jay Leno, Tim Allen and Rod Stewart and helping promote automotive-themed movies, such as “Days of Thunder” starring Tom Cruise. He loved living in L.A. and knew it was one of the few places in the world where he could successfully run his niche agency.

In 2013, Joe’s first wife, Carol, died of breast cancer. Beth, a Herron School of Art graduate who worked in L.A. producing graphics and logos for major awards shows and other events, ran in the same social circles as the Molinas and was devastated when she lost her good friend.

Eventually, Joe and Beth started dating and later found out that Carol had told her siblings that Beth might be a good match for Joe after she passed.

“It made us feel like we had her blessing,” Beth said.

Joe and Beth wed in 2016 at St. Mary’s Catholic Church in downtown Indianapolis, another key turning point – that occurred in Indiana – in the script. 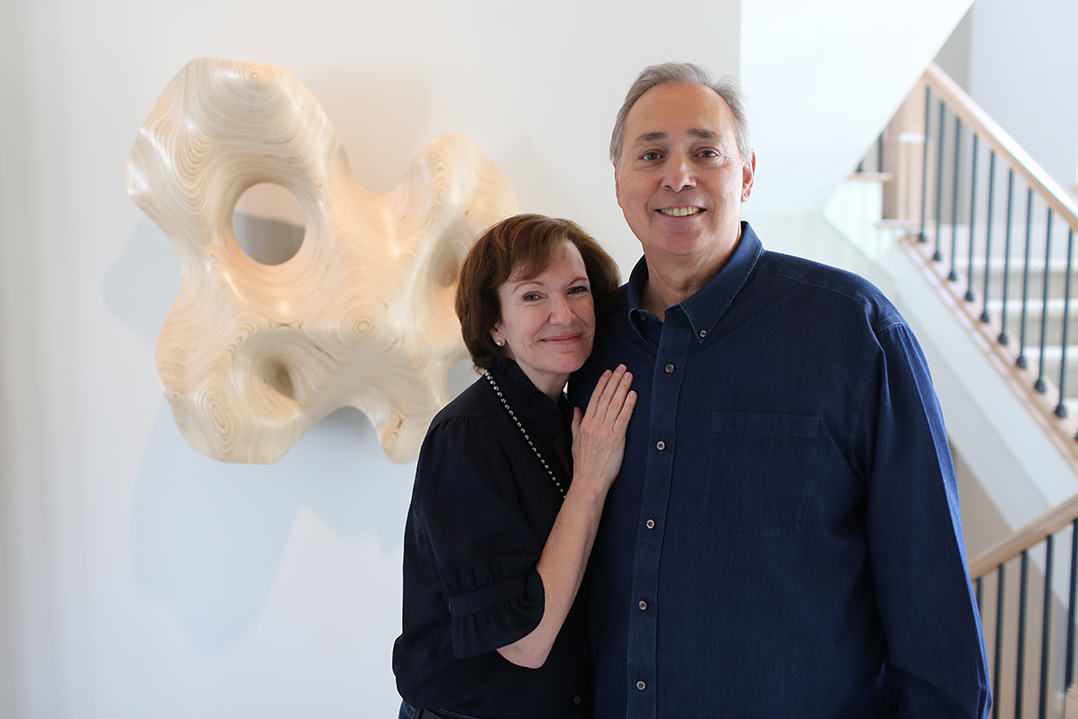 Beth and Joe Molina pause in their Carmel home near artwork by Cha Jong Rye made of biomorphic wood. They bought the piece at an Indianapolis gallery. (Photo by Ann Marie Shambaugh)

Joe thought he’d miss some aspects of living in L.A., but so far that hasn’t been the case. He’s made it through his first Indiana winter – one of his biggest concerns – and is preparing to experience a humid Hoosier summer.

Kristi Lee, best known as part of nationally syndicated The Bob & Tom Show, has known Beth since before she moved to California, and she got to know Joe while visiting her friend in L.A. She never expected the couple to move to Indiana but played a key role in planting the idea in their mind and taking them to visit unique sites in Central Indiana when they visited.

A lifelong Hoosier, Lee said she expects others to follow in the Molina’s footsteps.

“We’ve always been a flyover city, so people in L.A. and New York never gave us a chance,” said Lee, a Zionsville resident. “I think once they come here, it’s like, ‘Oh my, there’s a lot to do, it’s a good bang for the buck, it’s a great quality of life.’’

The Molinas have enjoyed making new friends through the arts community and connecting with fellow car collectors. Beth has enjoyed traveling through Carmel and beyond with Joe, watching him experience aspects of the Midwest for the first time.

“It’s kind of like when you have a child and you get to (revisit aspects of) your childhood, it’s that way with Joe here,” Beth said. “Because he’s never experienced seasons or the state fair, (it’s fun to be) looking at it through his eyes.”

Joe said he and Beth expect to return to Los Angeles regularly to visit friends and their old stomping grounds, but it’s not home anymore. Carmel is where they plan to spend their final acts.

“Carmel is almost an undiscovered gem for people outside of Indiana, and they’re going to hear more about it,” Joe said. “We’re here for the duration. This is not a stopover for us.”