The Boone County Council narrowly approved a justice center project during its June 14 meeting that will expand administration offices and jail space at Boone County Jail, 1905 Indianapolis Ave., Lebanon. The council also approved funding for the $59 million project with a local income tax.

The vote was 4-3 to pass the tax, a .2 percent increase to the county’s local income tax. The tax will pay down debt service on a $59 million bond to fund the project. The council also voted 4-3 on a resolution acknowledging the need for the project.

During a public hearing prior to the vote, some residents urged the council to approve the tax immediately so costs wouldn’t continue to rise. When the Boone County Commissioners proposed the justice center project 18 months ago, they expected it to cost between $40 million and $45 million. But the estimate has increased by nearly $20 million since.

Residents also asked the council to not raise taxes amid soaring inflation. 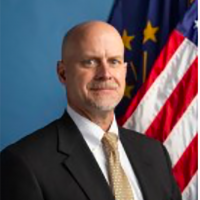 When the $59 million bond for the project ends in 20 years, the tax will sunset. Twenty percent of the tax will be used for operations, such as utilities or hiring new employees. The remainder will pay the debt service of the jail.

County attorney Bob Clutter, who represents the Boone County Commissioners, said the commissioners opted for a build-operate-transfer contract. Clutter said the BOT contract is a procurement method different from the usual design-bid-build contract where costs can increase.

“The unique thing about the BOT process is it’s a fixed cost,” he said. “There will be no change orders. So, once we decide on an exact cost – right now the estimate is just under $59 million – bonds will be issued to cover the cost of issuance and pay the debt service but that is a fixed cost.”

The Boone County Council justice center commission released a report in May stating some of the requested additions to the jail weren’t needed. However, not all councilors agreed, and the majority supported the project.

“There is a need for this structure,” councilor Don Lamb said. “The way we handle offenders now is totally different than it was 30 years ago (when the jail was built). The processes we ask our employees to accomplish is much different, from administration to record keeping to communications to addictions and mental health. It’s all very, very different now than it was 30 years ago. A change in the structure is needed for that.”

Lamb said although the project may never be the perfect answer for the county’s needs, it was professionally planned with the intention of making all aspects of the justice center fit together. Some councilors said that the entire project wasn’t needed, and more research should be done to pare down the proposal. 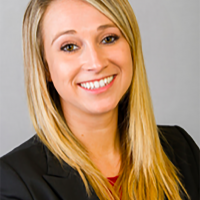 “For financial reasons and doing the right thing, I don’t have a better idea than what’s proposed,” Lamb said.

Councilor Jennifer Hostetter said building a new jail was estimated to cost $112.5 million, almost double what the jail expansion costs. She said even if the council didn’t approve the project, some expenses would still be required because some of the county’s offices, such as the coroner’s department, probation and community corrections and prosecutor’s office, are at capacity.

“So even if they don’t go out there (to the expansion), we are still stuck with the expenses of finding out where they’re going and what facility they need,” she said. 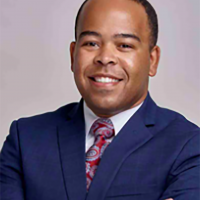 Councilor Aaron Williams, who voted against the proposal, said there was a need to increase administration and jail space, but the proposal didn’t fit the need.

“This is not our money,” he said. “This is the taxpayers’ of Boone County money. At a time when everybody is consistently saying the economy is getting worse, why then would we put an additional burden on our taxpayers?”