You are at:Home»Current in Carmel»Carmel Community»Carmel may ban sale of cats, dogs at pet stores

It soon may become illegal for dogs or cats to be sold at pet stores in Carmel.

The city isn’t home to any businesses that sell dogs or cats, but Carmel City Councilor Adam Aasen, who is sponsoring the ordinance amendments, said several pet stores that do are within a few miles of the city’s borders. The Petland store just north of 146th Street has a Carmel address but is in Westfield. 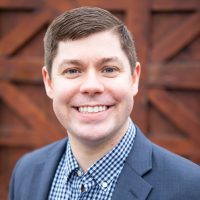 “We try to be proactive, not reactive in Carmel,” Aasen said. “Cities that don’t anticipate things end up having to write laws to react to something that happens, and that’s not good policy.”

According to the proposed ordinance, businesses could be fined up to $2,500 per violation.

Elizabeth Kunzelman, Petland vice president of legislative and public affairs, said the Ohio-based company only buys pets from USDA licensed, inspected and regulated breeders. She said the type of legislation proposed in Carmel will prohibit licensed Indiana breeders from working with Petland and lead to more people purchasing pets online or in “dark corners of the unregulated pet trade.”

“We believe families should have a choice as to where to find their pet,” Kunzelman said. “There are many examples of states and local municipalities creating thoughtful, responsible regulations to ensure that pet stores are buying from responsible, professional, regulated breeders, and we are happy to work with the City of Carmel to develop sensible regulations.”

The Humane Society for Hamilton County did not respond to a request for comment as of press time.

The city updated its animal welfare ordinance in 2020 to prohibit pet stores from selling animals obtained from puppy mills. Aasen said the proposed updates would make it easier for the city to enforce the ordinance, as code enforcement officers can more quickly tell if a business is selling cats and dogs than determine from where the business obtained them.

Other Indiana municipalities that have banned the sale of cats and dogs at pet stores include Columbus, Bloomington, East Chicago and St. Joseph County.

The council is set to introduce the ordinance at its June 20 meeting. Residents are encouraged to contact Aasen at aaasen@carmel.in.gov to share questions, concerns and feedback.