For Hamilton County Parks Dept. Director Chris Stice, this was an opportunity that couldn’t be passed up.

With the unanimous approval of the department’s park board, 107 acres of land in Hamilton County, near the intersection of 216th Street and Hinkle Road in Westfield, were purchased with the intent of adding the acreage to the county’s park system It technically has a Noblesville postal address. The decision was supported by the Hamilton County Council and Commissioners.

Stice said he property was formally acquired in March, 2021, but funding efforts for conservation and recreational development purposes have been ongoing. The details are refined enough to share with the public. 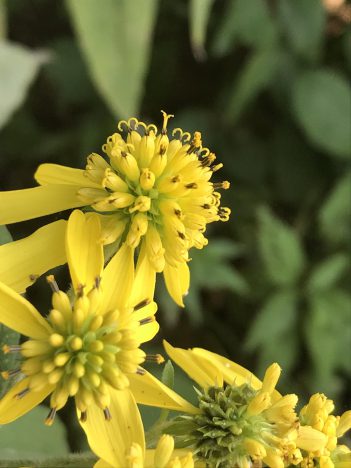 The area is rich in plants and wildlife. (Image courtesy of Hamilton County Parks and Recreatin Dept.)

“One of the important reasons is the development is in an area that development is increasing in the Westfield area and in that corridor. There are some unique natural recourses in this property with the topography and the existing streams and number of streams,” Stice said. “The vegetation is very plentiful and very unique for Hamilton County.”

With surrounding properties in Noblesville and Westfield being developed for commercial and residential use at a rapid pace, county officials and park leadership said they felt it was imperative to secure the property.

The purchase price was $2.2 million. Stice said the department received a $100,000 donation from the previous owners.

The land, referred to HC Farms, was purchased Rhodehamel family  through a Realtor. William Rhodehamel, who lives in Brownsburg, said it has been in his family for approximately 75 years. It had been owned by Rhodehamel’s father, Harley Rhodehamel, and his uncle Robert.

“That corner has been in a natural state for a long time,” said William Rhodehamel, chief executive officer of Hendricks County Community Foundation “The opportunity to have it preserved as a park in the town of Westfield was something important to all the family members. To have that preserved in honor of both our families is special.”

The acquired property brings the total amount of land owned and maintained by the county park department to slightly more than 1,800 acres, which remains less than 23 percent of the space needed for parks in the county, as recommended by the Indiana Dept. of Natural Resources.

“Aside from the large list of plant and animal species currently found in the area, this property’s environmental characteristics would be most enjoyed by passive recreation users who would appreciate the plant and animal diversity, scenic views and relatively rugged terrain,” stated Amanda Smith, HCPR Supt. of Natural Resources and Education.

Stice said the goal is to remove and minimize invasive plants in the area and restore the stream bank, prairie and wetlands areas.

“There will be native restoration plants that will help minimize invasive plants coming back,” Stice said. 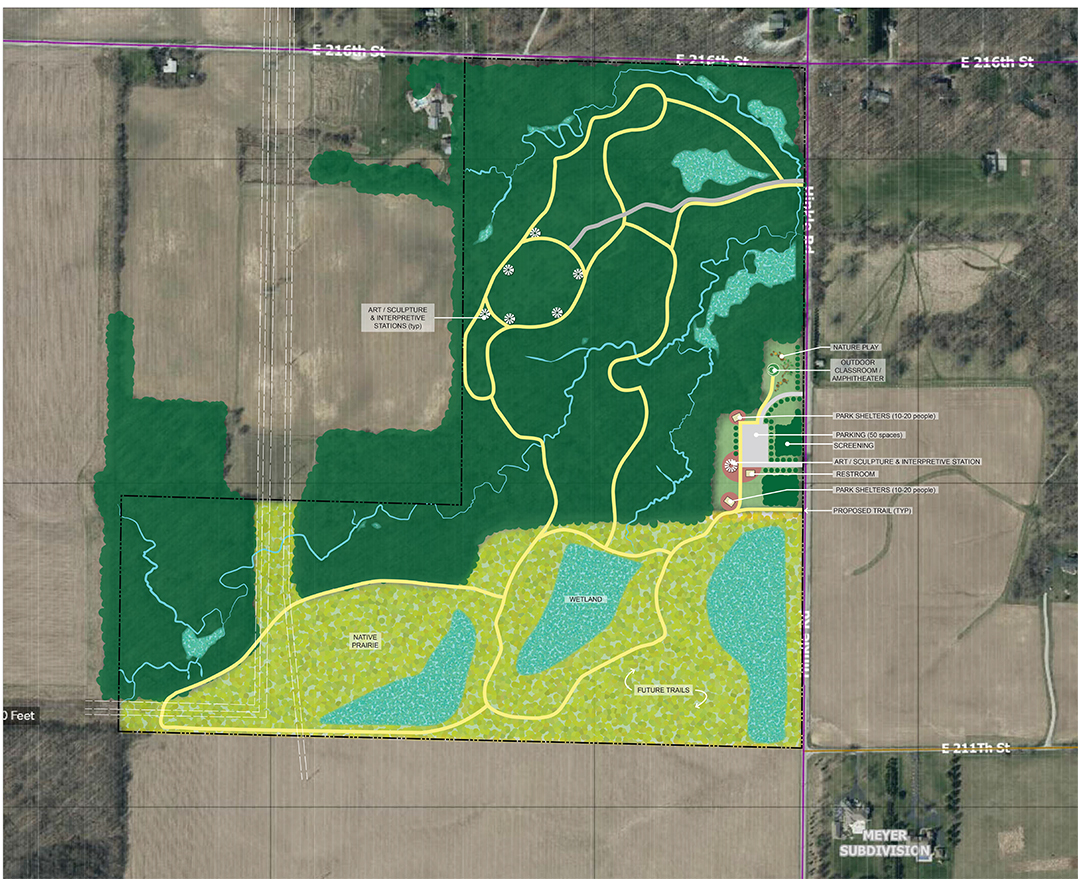 “As we have worked with our community, we have asked for public input in previous meetings for potential grant opportunities we’ve applied for with Dept. of Natural Resources’ In-Lieu Fee and Land and Water Conservation Fund,” Stice said.

The process, which began earlier this year, takes about six months, depending on state and federal regulations

“Our mission is for passive recreation, and we follow some of the guidelines that are identified in our five-year master plan that was just recently reviewed by DNR,” Stice said. “The department’s intent is to restore the land’s wetlands and stream corridor and expand the existing prairie.”

Stice said the parks department wants to maintain the land for its natural beauty and wildlife and natural resources education.

“We’re trying to get our young ones and seniors outdoors,” Stice said. “The trail system will be incorporated within the natural resources for areas around wetlands, so that they can experience some of those different types of ecosystems that are unique to Hamilton County. With the animal species as well as the environmental characteristics of the area, it lends itself to being a very unique experience for visitors in Hamilton County. The topography is rugged. You go from flat agriculture into ravines.”

Fox and deer live on the acreage, Stice said.

“By restoring the quality of the land’s habitat, we are remaining true to our departmental mission of providing high-quality passive parks and serving as responsible stewards of the land entrusted to us,” Stice said.