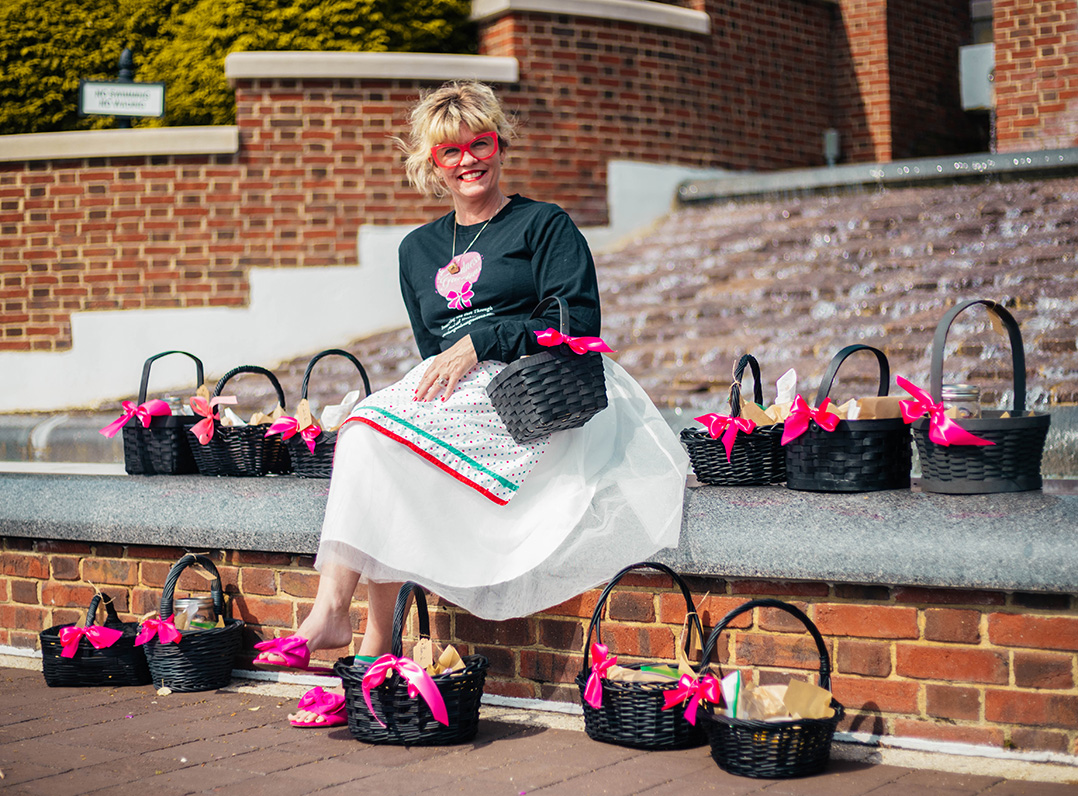 Tobi Mares was inspired to create a picnic basket business after moving to Carmel.

“I moved here from a town where there was never anything to do,” she said. “Carmel for me, after being in Decatur (Ill.), is like the pot of gold at the end of the rainbow.”

Mares, 47, moved after meeting her husband, Brad Mares, in Decatur. Brad Mares is from Decatur, too, but was living in Carmel.

“We’ve been together ever since the day we met, which is a miracle,” she said. “We dated for about a  year, and I moved over here. My Carmel birthday is June 3, 2015, and we married in 2017 at a Zac Brown concert (at Ruoff Music Center).”

One night after her move, the couple attended a Symphony on the Prairie concert at Conner Prairie.

“People were carrying plastic Kroger bags, and I had this elaborate picnic I made for us, because it was a big event to me,” Mares said. “I made this picnic basket, which I did 100s of times growing up in a town with nothing to do. I had people ask me about it (at the concert). So, I started making baskets for my girlfriends.”

In 2017, she developed a concept to create pre-filled picnic baskets as a business called Goodness Gracious.

“I really created a customized picnic experience like we had generations before,” she said. “I try to preserve the past through food and tradition.”

The baskets weren’t Mares’ first foray into the restaurant business. Her mother had worked in the food service industry in Decatur, and Mares began working in restaurants at age 15.

Now, Mares is ready to branch out beyond her catering business and open her own restaurant.

Breakfast and lunch will be available seven days a week from 7 a.m. to 2 p.m.

“There will be a grab-and-go bakery,” she said. “We’ll still have picnic basket delivery and a picnic basket counter, where you can pick up and drop off.”

Mares plans a trademark sandwich for the restaurant as a tribute to Carmel called Ground-abouts.

“It’s like a loose-meat sandwich. I’ll use ground sirloin,” she said. “I’ll use different seasonings, like a Cajun Ground-about. I’ll have recipes from other cities.”

The breakfast menu will feature a variety of farmhouse egg casseroles.

“It’s very old-school food,” she said. “I always say I’m trapped in the mind of a 90-year-old woman. I love handwritten recipes and old cookbooks. I’m going to bring back a blue plate special.”

Although Mares said she has dreamed of opening the restaurant for several years, the move to Carmel made it possible.

“There was no way I was going to open it in Decatur,” she said. “That place killed my soul.”

Mares, who has four children with the youngest two living at home, has been writing a memoir of her life and plans to finish it before the restaurant opens.

“I figured it’s the last waltz for me, and I need to do some reflection,” she said of what she describes as a difficult journey. 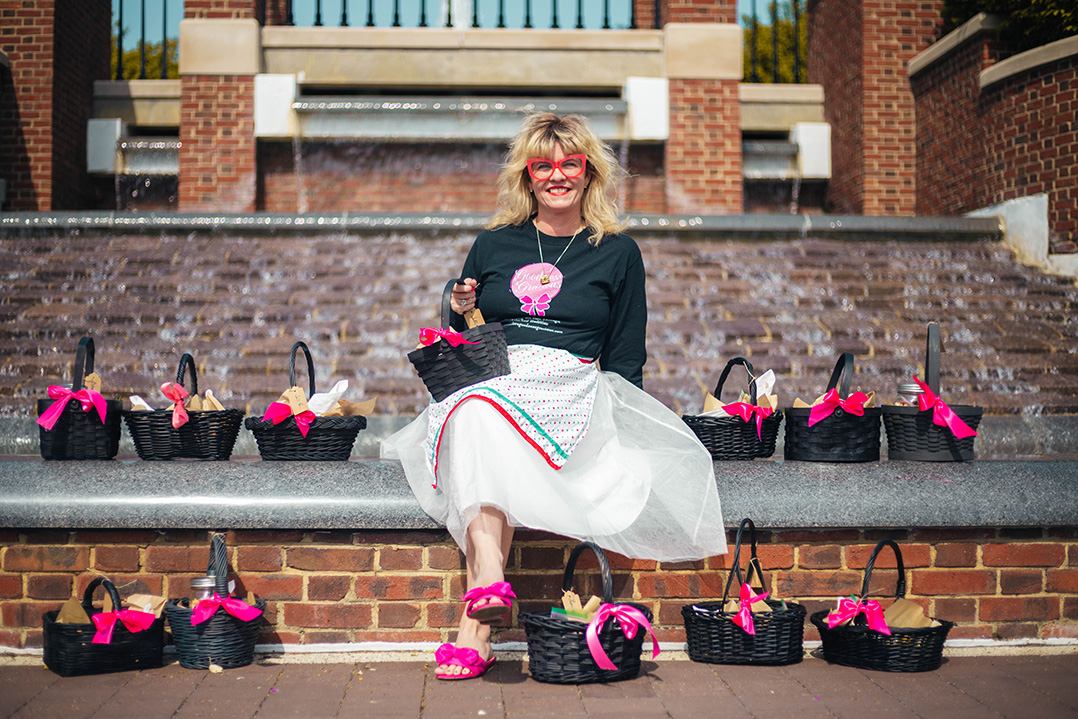 Tobi Mares assembles her picnic baskets out of Broccoli Bill’s in Noblesville. She said she has up to six seasonal employees to help her with preparation and delivery. Her picnic portion of the business usually starts on National Picnic Day, which is April 23. Naturally, it begins to pick up in late in May and can run through September.

“We’re a bike-friendly community and picnic-friendly, because someone is always at our parks,” Mares said.

During the height of the COVID-19 pandemic, Mares began making wellness baskets for those who were sick.

“I would do doorstep drop-offs of homemade broth,” she said. “I had a woman frantically call me from Florida worried about her son who lived by himself and had COVID. Through the peaks of COVID, I was very busy.”

Mares, who also creates charcuterie boards, plans to franchise the picnic side of her business. She has interested parties in Carmel-by-the-Sea, Calif., and Naples, Fla.

“They just found me and loved my picnic basket,” she said. “I’m working with a franchise coach. It’s an easy startup for someone.”

Carmel resident Susan Flener has used Goodness Gracious for a variety of events, including a retirement celebration, a teachers appreciation lunch at a private preschool, a baby shower for 50 people and an end-of-year teacher party. Next up, she has Goodness Gracious booked for a bridal shower.

“It’s like I don’t think about anyone else, I go right to her,” Flener said. “She’s amazing. She gives you all the choices.”