You are at:Home»Current in Noblesville»Noblesville Community»Noblesville superintendent receives Sagamore of the Wabash 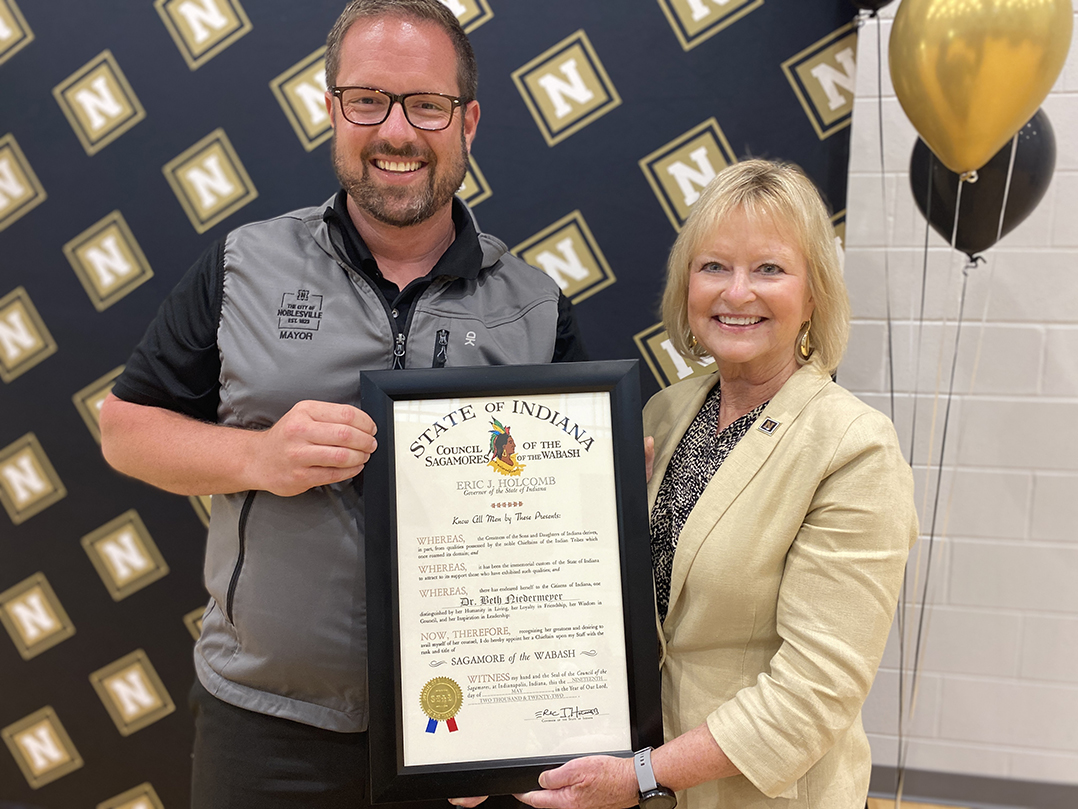 Created in the 1940s, the Sagamore is one of the highest honors in the state of

Indiana. It is awarded by the governor as a personal tribute to those who have rendered distinguished service to the state through their wisdom, public commitment and concern for the wellbeing of others.

“Beth has been instrumental in making Noblesville Schools one of the best districts in the state,” Jensen stated. “As a parent, I appreciate everything she has done inside the classrooms and as mayor she has been a critical partner on numerous initiatives, events and projects that the city and schools have partnered on over the eight years she has led the district. She will be greatly missed, but it is my honor to present her the Sagamore of the Wabash Award on behalf of Gov. Eric Holcomb for her years of service in education and the thousands of students she has positively impacted.”

According to a press release from Noblesville Schools, during Niedermeyer’s tenure in Noblesville, she led several significant achievements including state and national academic and extracurricular honors; safety enhancements following the district’s 2018 Noblesville West Middle School shooting; an expanded focus on creating a school environment where all

students can best learn; and the creation and expansion of community outreach and engagement initiatives.