You are at:Home»Current in Geist»Geist Cover Stories»Race for hope: Lawrence man founded annual event that assists survivors of domestic violence and abuse

The 5K run/walk race raises funds for the ICADV. The nonprofit’s mission is “to work for the prevention and elimination of domestic violence – until the violence ends.”

What most participants don’t know is, the race was created by a Lawrence man who uses a wheelchair and was trying to raise awareness for domestic violence by wheeling across Indiana. The man, Richard Propes, said he was a victim of domestic abuse and violence while growing up.

Propes decided to do something to help himself as he had spiraled into a deep depression and created what he called the Tenderness Tour.

“Tenderness Tour, my trademark event, began in 1989. I traveled around Indiana for 41 days and 1,000 miles in a wheelchair,” Propes said. “I called it the Tenderness Tour because I had grown up around abuse and violence. I had a lot of challenges, and by then I had lost all hope. I decided to start seeing if other people out there felt the same way as me and if there was any hope left in the world, so I came up with the idea to find hope.”

Initially, Propes expected the tour to fail and feared it wouldn’t do anything to reverse the hopelessness he was feeling.

“But it did just the opposite,” he said. “There were people all over the state feeling the same way I was. I learned I wasn’t alone in those feelings and a lot of people had similar experiences and so many were looking for hope.”

Eventually, Propes annually wheeled across Indiana and to out-of-state cities, including Chicago, Lexington, Ky., and Cincinnati.

“This one-off event became a lifelong mission,” Propes said. “I left Indy with a backpack on my wheelchair, $20 in my pocket and a handful of press releases. Hoosiers were amazing. I never went without a place to stay (or went without) food, water, never had a negative experience and I finished and was successful.”

While Propes was wheeling across Indiana and the Midwest, he met a woman, Harriett Clare, who supported him during the early tours.

“Harriett really helped me,” he said. “She was a really great friend, and she was affiliated with ICADV. So, through our friendship, I heard about the coalition and wanted to help them. And 19 years ago, we had our first Race Against Domestic Abuse, and 100 percent of what we raised goes to them.”

Propes is proud of what the race has become and the cause it supports.

“Obviously, it’s grown well beyond me,” he said. “When you become an activist, you hope that what you plant grows, and it has with race away,” he said.

According to the ICADV, it’s mission is to, “Envision a world where all people engage in healthy relationships characterized by the mutual sharing of resources, responsibilities and affection; where youth are nurtured with those expectations; and where all people are supported within a society committed to equality in relationships and equity in opportunity as fundamental human rights.”

Laura Berry, a Carmel resident and executive director of ICADV, credits Propes for the race’s growth and success.

“Richard is one of the finest people out there,” Berry said. “His dedication is unparalleled. He created this race, and it was his vision that came out of his Tenderness Tours. He shows his support for survivors of domestic violence every day.”

“Survivors told us that they felt judged for the decisions that they made in all directions,” Berry said.

Learn more about their Stigma Reduction Campaign at INagainstDA.com. 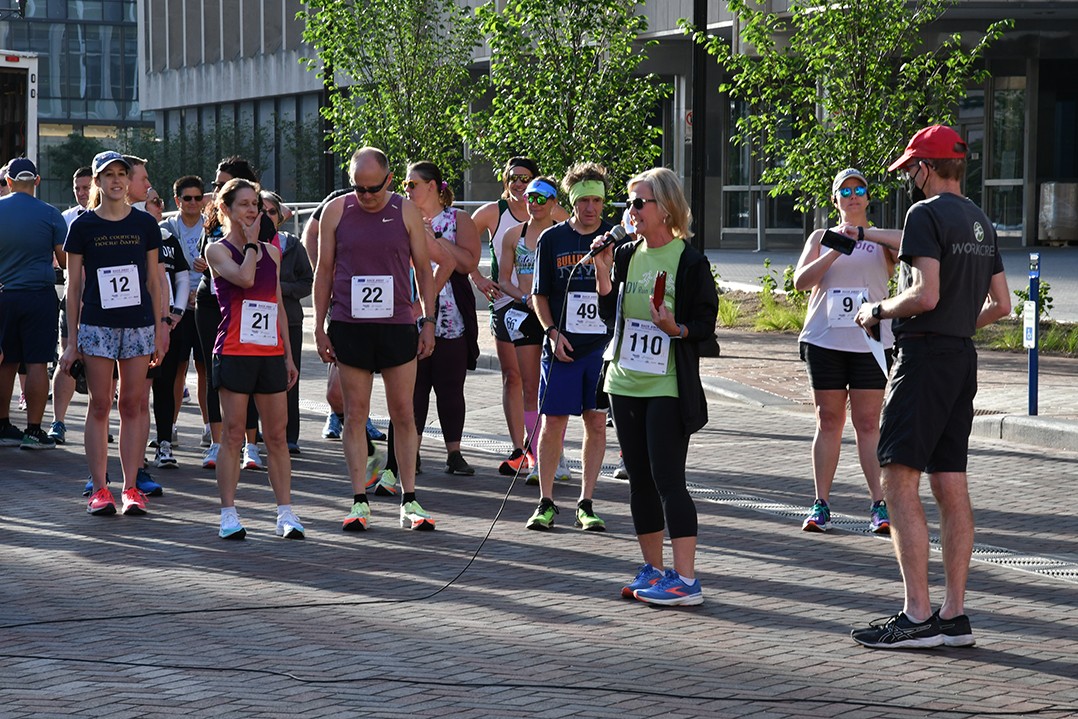 The annual Race Away From Domestic Violence 5K spreads awareness and raises resources to support survivors of domestic violence.

According to the nonprofit organization, between July 1, 2020, and June 30, 2021, domestic violence homicides increased 181 percent in the state of Indiana. So far this year, Indiana has seen 72 deaths related to domestic violence.

For more than 40 years, the Indiana Coalition Against Domestic Violence has fought for women’s rights, equity in opportunities and autonomy in relationships to reduce the disparities in power and privilege that perpetuate violence, according to the organization.

The annual Race Away From Domestic Violence 5K is ICADV’s primary fundraiser for supporting survivors. Through donations, ICADV meets the emerging needs of survivors to provide assistance with rent, utilities, food and the basic necessities they need to feel safe.

In the past year, the ICADV has provided approximately $180,000 to survivors to keep them safe and meet their basic need