You are at:Home»Current in Westfield»Westfield Community»Crockett ready for ‘last hurrah’ 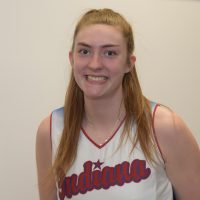 “I am most looking forward to staying in the dorms with the girls and getting to know everyone and then being able to play at Southport for the last time as a high schooler,” Crockett said. “I got the chance to watch girls ahead of me play in the All-Star games and saw how awesome it was and how many people came and supported and the special part about it being a last hurrah of playing high school basketball.”

Crockett will be playing with future University of Michigan teammate Kate Clarke from Carmel High School.

“It will be super fun to go through it with Kate Clarke,” Crockett said. “Her and I have been friends and teammates since the second grade, and last summer we played together on the same travel team.”

Crockettt said the strengths of the Indiana Girls All-Stars is their overall communication and positive energy from all the players and coaches. The 6-foot-2 Crockett averaged 18.5 points, 8.5 rebounds and 2 steals per game for Westfield. 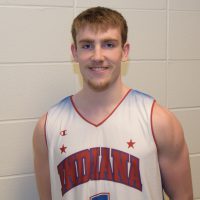 “Something I hoped to do as a kid was to play collegiate basketball in the Big Ten,” said Crockett, who reports to Michigan June 24. “Since the season ended, I have been making strides in the conditioning aspect, whether it be short spurts or getting a specific mile time.”

Braden Smith became the first Westfield boys basketball player to be named to an Indiana All-Stars team when he was named Mr. Basketball. Smith will not play after having foot surgery after the season but will take part in the All-Star festivities. The Purdue-bound guard averaged 18.3 points, 6.0 rebounds and 6.0 assists last season.