You are at:Home»Current in Fishers»Fishers Community»Hamilton Southeastern hires new COO

Hamilton Southeastern Schools has hired Jimmie Lakes Jr. as the district’s first chief operating officer. The district, which recently established the COO position, made the announcement May 11. 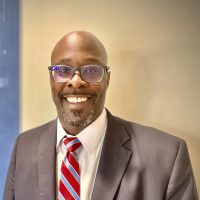 According to a press release, Lakes “will assist with the implementation of plans to solve issues and increase efficiency related to districtwide operations.”

Since 2017, Lakes has been an adjunct professor at Anderson University, where he also served as MBA director. He developed strategies that increased student interest and program awareness to support enrollment and retention while in that role, according to the release.

“Jimmie is an experienced leader who is focused on operational excellence and has proven that he can consistently deliver results,” Hamilton Southeastern Schools Supt. Yvonne Stokes stated.

Lakes is expected to lead in identifying corporation goals and developing strategies to ensure the safety and support of students and staff and will supervise various administrative departments “to ensure safety metrics are developed and implemented to support all facets of Hamilton Southeastern Schools.”

“I am looking forward to the opportunity of building and cultivating relationships that will further support plans, strategies and tactics that build upon key aspects of the mission of Hamilton Southeastern Schools as ‘forward-thinking’ and ‘providing excellence in education’,” Lakes stated.