You are at:Home»Current in Westfield»Westfield Cover Stories»‘Gift of growth’: Mayor Andy Cook gives State of the City address

Mayor Andy Cook didn’t announce any major projects at his annual State of the City address June 2 at Grand Junction Plaza, but he did raise a question about Westfield’s growth, which has exploded since it transitioned from a town to a city in 2008.

“How big do you want Westfield to be?” he asked the crowd.

Cook said in the coming months, the Westfield Advisory Plan Commission would address that question.

“It’s very easy to sprawl here,” Cook said. “We can keep marching northwest. We can be 120,000 people. We need to address that. What do you want to be? You can’t just totally say, ‘Oh, we’re going to stop growth.’ There’s a lot of infill even without sprawling that’ll bring our population to about 70,000 or 75,000 people. That’s why we need to answer this question.” 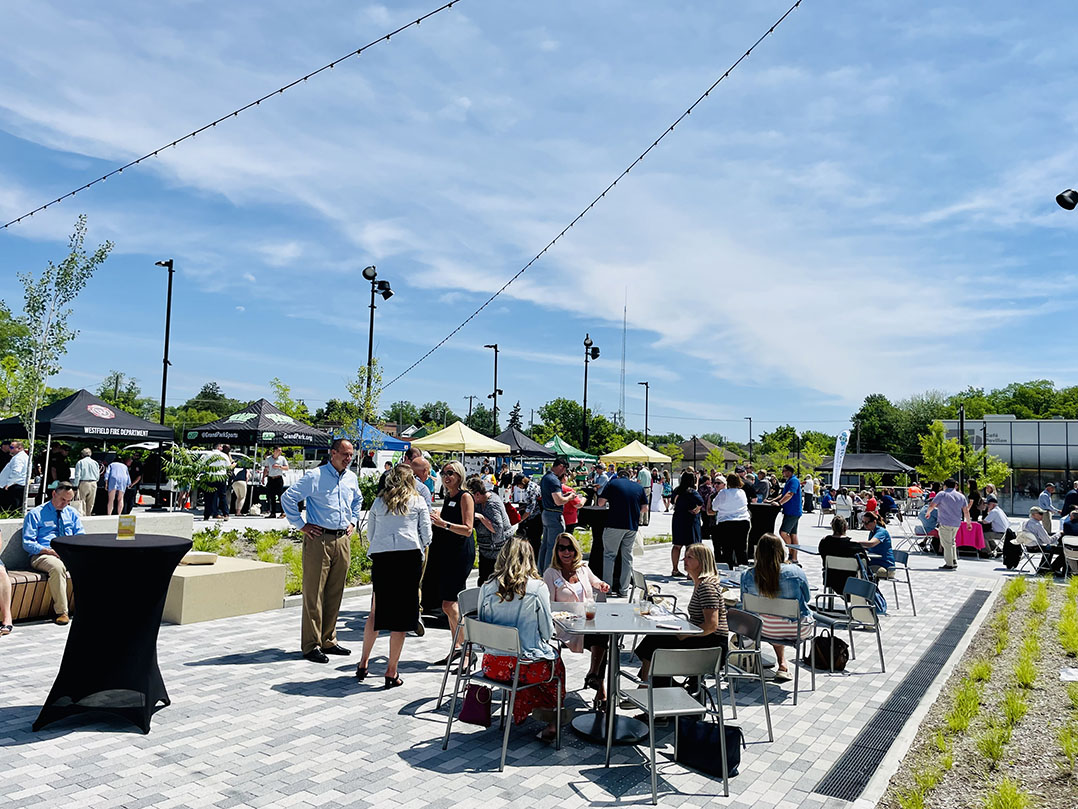 Hundreds of people attended the June 2 State of the City address. (Photo by Anna Skinner)

Westfield’s population exceeded 41,000 in the 2020 census. Cook said the city is in a “position of power” to investigate the benefits of growth.

“Most cities are sitting around saying, ‘How do we grow?’ And we have the advantage of asking, ‘How big do you want to grow?’”

Cook said Westfield is the fastest-growing city in Indiana.

“What does that mean?” he said. “Well, to me, it means that we are on the right track. We have created something where people want to be, and that is our goal. We want people to be here. We want them to enjoy our schools and enjoy the things we’ve been able to make. We’re a little shy on the beaches and the mountains and the water, so we have to work hard at things.”

Cook said of the 685 cities in Indiana, few are growing at Westfield’s rate.

“You can count on two hands the number of cities in Indiana that are growing,” he said. “That means there are 675 cities throughout this state that would love to be in the position that we are. We cannot take that for granted. And really, those become our next big challenges. I would sum it up in a phrase and say what we have to do now is manage that wonderful gift of growth and manage it well.”

Cook briefly discussed ongoing projects, such as the request for proposals for a potential sale, lease or management of Grand Park.

“We are looking at a different way of looking at Grand Park,” he said. “As we go through this process, we are merely entertaining proposals for the management, lease or purchase of Grand Park. I have no idea if anybody could really buy that thing or not. There’s been a lot of great interest from all over the country. Sixteen firms signed a letter of intent to submit.  We don’t even know what questions to ask.” 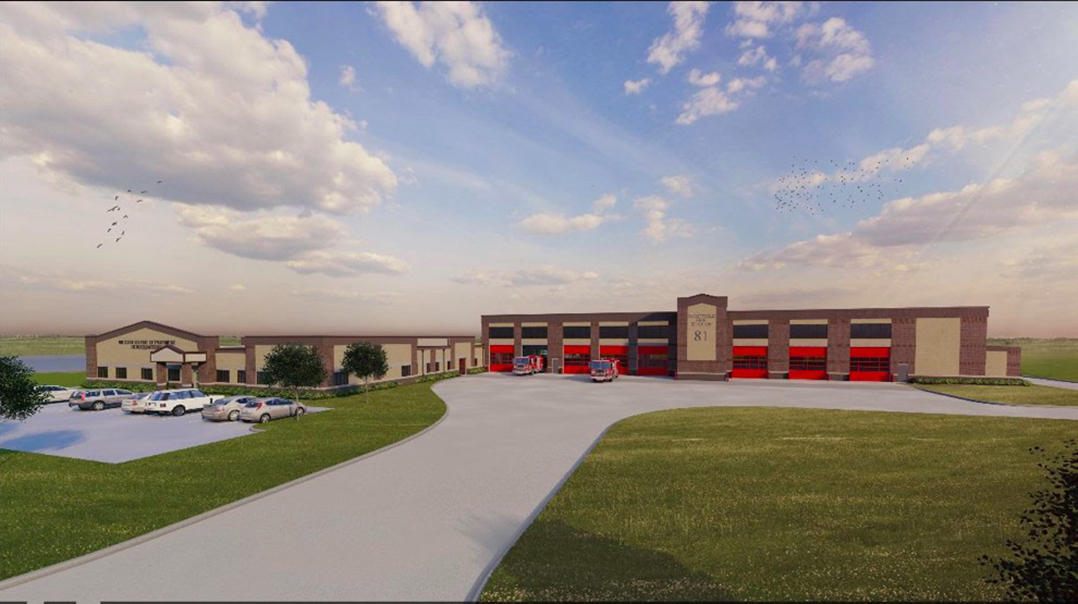 A rendering of the new Westfield Fire Dept. headquarters. (Rendering courtesy of City of Westfield)

Cook also mentioned the Westfield Fire Dept.’s new headquarters, which broke ground June 1 southeast of 171st Street and Ditch Road. It will also serve as the department’s future Station 81, which is in the Westfield Public Safety Building, 17535 Dartown Rd. Cook said plans are under way for a new fire station, Station 84, near the Grand Park area.

“We also are looking at moving our police headquarters to a location they desire would be much more strategic and somewhere between Grand Park and (Westfield Washington Schools) campus,” Cook said.

At the end of Mayor Andy Cook’s June 2 State of the City address, he asked residents to improve voter turnout.

“The next time we speak at this June (2023) meeting, we will have had our primary elections for city council and other offices, mayor,” he said. “We will pretty well know who the next leaders of this city will be, and that’s coming up. I would hope that we, as registered voters, could do a lot better than we have done in the last two elections.”

“That is sad,” he said. “Those that serve are very influential to the quality of this city.”

Cook did not say if he would seek a fifth term as mayor.