You are at:Home»Current in Carmel»Carmel Community»Carmel High School basketball standout seeks to add to memories as Indiana All-Star 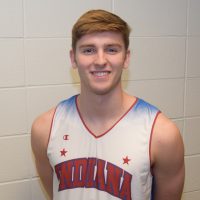 As a guard, he helped lead the Greyhounds to Class 4A state titles his freshman and junior years. His teams were 16-0 in the postseason until losing to Westfield in the sectional championship in March. As a sophomore, the high school postseason was halted after Carmel won the sectional title because of the COVID-19 pandemic.

Suder rates winning the state title as a freshman as his favorite memory.

“I’m most looking forward to competing and playing with the best players in the state,” Suder said.

Suder finished his career with 1,062 points and 572 rebounds.

“I would say playing in the All-Stars was definitely a goal for me,” Suder said. “Every kid dreams of representing their state in some kind of way.”

Suder is confident the All-Stars will be strong despite the fact they will be without Indiana Mr. Basketball Braden Smith of Westfield, and Homestead’s Fletcher Loyer, who decided not to play. Both are Purdue recruits.

“Although those guys are great players and we are undersized a little, we still have a great group of guys who love to compete and just focus on winning,” Suder said.

Suder will play for Bellarmine University in Louisville. He said he has been working on improving his ballhandling and shooting as he prepares for college. 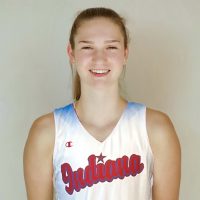 “My goal as a freshman is to make an impact on and off the court,” Suder said.

Carmel’s Kate Clarke will play for the Indiana Girls All-Stars team. She played in only 13 games for the Greyhounds this season because she suffered a back injury in the summer of 2021.

Clarke, who will play for the University of Michigan, averaged 11.7 points on 50 percent shooting. The 6-1 guard scored 18 points or more in six of her last seven games for the Greyhounds.