Christian Youth Theater’s production of “Newsies” will have three cast members who are quite familiar with each other.

Three members of the Larsen family from Zionsville are in the show, set for May 20-22 at the Marian University Theatre in Indianapolis. “Newsies” is loosely based on the true story of the newsboys strike of 1899 in New York City 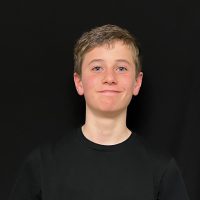 The performing Larsen siblings, who are homeschooled, are Daniel, 13; Kate, 11; and Millie, 9

Daniel, an eighth-grader, plays one of the Delancey brothers, who are tough newsboys.

“I did this because my sisters were doing it,” he said. “I have to learn the theater terms like stage right and stage left and blocking. I had to learn to do a fight scene because the Delancey brothers are in a fight.”

Millie, a third-grader, and Kate, a sixth-grader, are members of the newsies. 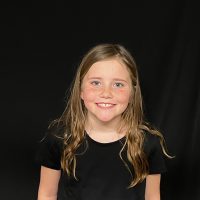 “I like dancing and it’s fun to do all the costumes as well,” Millie said.

Kate performed in CYT’s production of “Annie” in November 2021.

“It was a really fun experience,” Kate said. “I really like the singing and dancing (in ’Newsies’).”

Kate said she knew the story about “Newsies” because her older sister, Beth, was in the Zionsville Community High School production in 2019.

Jenny Larsen, a mother of eight, said it’s nice to have an activity that all three siblings who are in the show can enjoy together. 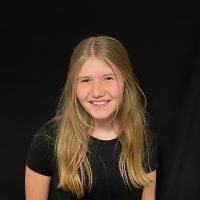 “‘Newsies’ is such a great story of wrongs taking place and doing everything to stand up for what is right, even if it may be unpopular,” Kubek stated.