You are at:Home»Current in Westfield»Westfield Community»Wright’s 360° Movement Academy set to open

Wright’s Gymnastics will make the most of its 35,000-square-foot indoor gym in Westfield’s Grand Park.

When the state-of-the-art facility, called Wright’s 360° Movement Academy, opens May 31, it will offer two new programs — Kids 360° Early Learning Academy and Studio360° Dance. The programs are held in conjunction with Wright’s Gymnastics and NinjaZone.

Kids 360° Early Learning Academy is a preschool program for ages 3-5. Enrollment is open now for the school year in the fall. 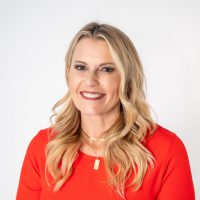 “It’s the first-of-its-kind movement-based academic preschool,” said owner Casey Wright, a Carmel resident. “We use a progressive science-based curriculum. We’ve had a lot of interest so far, and with the tours starting as soon as the building opens, we’re going to see that fill up pretty quickly.”

Wright said the dance program will offer classes for ballet, tap, jazz and hip-hop for all ages.

Wright said preschool and dance programs are led by directors. The lead preschool teacher has 20 years of experience.

“One great thing about the new facility is there is more opportunity to drop in. Whether it be play or practice, we’ll have a lot more opportunity for people to come to our fun times,” Wright said. “If families are at Grand Park and they have other siblings that want to come play, exercise or practice their skills, we’ll be able to give that opportunity to the public that we haven’t had before. This allows us to have all our programs under one roof, start new programs and be that one-stop shop for excellent children’s programming that Westfield doesn’t have yet.”

Wright said there should be something for boys and girls in the new facility.

“It’s a full circle of programming, and also we speak to the whole child,” Wright said. “That’s why we chose the 360 name, thinking of strong minds, strong bodies and well-rounded kids.”

The program emphasizes that through intentional movement, children can learn coordination and confidence that serves as gateways to any sports and fitness throughout activity throughout their lives.