You are at:Home»Current in Carmel»Carmel Community»‘No bus zones’ likely to remain for 2022-23 school year in Carmel

Angie Provo felt a bit uneasy when she learned – nine days before the start of the school year in 2021 – that Carmel Clay Schools would no longer provide a bus to transport her third-grader to and from Forest Dale Elementary School.

Because she and her husband both work full time, she knew it would be a logistical challenge to drop off and pick up their daughter each day. So, when a neighbor jokingly suggested a carpool, she embraced the idea and put her professional skills to work creating a spreadsheet to address the problem.

“If I could go from driving 10 times a week to putting together a schedule so we could all work together and figure out how we could each do one or two of those shifts, it immediately took the burden down from 100 percent to 20 percent,” Provo said.

It appears Provo’s carpool spreadsheet will return next fall, as CCS officials believe it’s highly unlikely that the “no bus zones” will be eliminated anytime soon.

“I’m not optimistic that it’s going to be going away for next year, unless we have a crazy onslaught of (hiring bus) drivers,” said CCS Supt. Michael Beresford, adding that he wouldn’t be shocked if the “community comes through” with enough drivers to reverse course.

Nearly 1,700 students living approximately 1 mile or less from their school campus lost bus service for the 2021-22 school year, a decision fueled by a years-long bus driver shortage made worse by the COVID-19 pandemic and other factors. 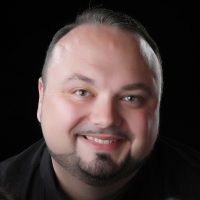 Besides creating no bus zones, CCS also adjusted school start times to make it possible for a single bus driver to opt to run multiple morning and afternoon routes.

Despite a “banner hiring year” for bus drivers, Clevenger said it hasn’t been enough to restore bus service for every family that wants it. Ideally, with existing routes, CCS would have 150 drivers. It currently has approximately 130.

In part to encourage additional applicants and increase retention, CCS bus drivers received the highest percentage pay jump of any group of district employees this year. Drivers make $118 daily for running two routes, with the option of picking up $50 more by adding a third. The schedule is flexible, with drivers able to commit to mornings, afternoons or both. Some drivers pick up additional roles, such as in the cafeteria or as an instructional assistant, to become a full-time employee at CCS.

Beresford encourages anyone interested in driving a bus to apply a month or more before the start of the next school year to ensure they have ample time to go through training and the certification process before fall classes begin.

He said improving technology has made driving a bus much easier than it has been in the past.

Provo, who lives approximately 1 mile from her daughter’s campus, said her neighborhood’s carpool system has worked well, despite challenges posed by late start days, ice delays and other schedule disruptions. Ideally, though, she’d like to see bus service restored.

“We’re making it work, but not everybody has (multiple) other families that are able to pull together on a carpool schedule,” she said. “So, I imagine that it’s a lot more work for some families than it is for us.”

Anyone interested in becoming a bus driver for CCS may contact Clevenger at gcleveng@ccs.k12.in.us or by calling 317-844-8207.