Junie B. Jones returns to The Cat in Carmel May 14-16 with Christian Youth Theater’s production of “Junie B. Jones: The Musical.” 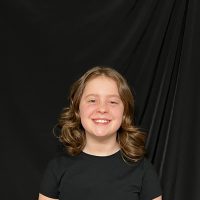 “I really enjoy playing Junie B. Jones as she’s moving into first grade,” Mickelson stated. “It’s a big change for her, and it’s fun to see how she learns to overcome and adapt to things she can’t change. I love how she likes to be herself, friendly, a bit crazy and honest. It makes her a super fun character to play.” 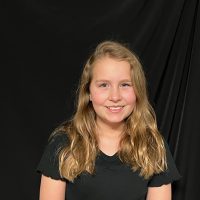 “I’m excited about ‘Junie B. Jones: The Musical’ because it’s funny, the songs are upbeat and the dancing is really fun,” Schueler stated.

Although show is appropriate for all ages, Schueler recommends it for preschoolers, kindergartners and elementary students who are more likely to be familiar with the Junie B. Jones books.

Additional cast members are from Noblesville, Zionsville and Indianapolis.

“Getting to know these young actors and see them flourish in their roles has been spectacular,” stated Jordan Fox, the show’s director.

Individual tickets are $15 and are available at cytindy.org.