You are at:Home»Current in Fishers»Fishers Community»Fishers city councilor speaks out against PUD requests

At a recent Fishers City Council meeting, members approved a rezone request by a housing developer – a common practice that concerns at least one councilor. 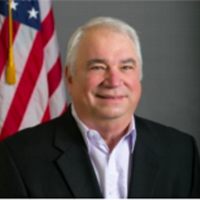 Since being elected to the council in 2015, DeReamer said every request the council has received for a development rezone has been filed under planned unit development. DeReamer said he noticed the trend when he moved to Fishers in 2012. Before moving, he had a lengthy background in politics that included serving as mayor of Greenfield.

DeReamer, who moved into the Del Webb development of Britton Falls, said the first thing he noticed was trees were on only planted one side of the street.

DeReamer, who has been involved in planning and zoning since 1973, knew that most ordinances require trees to be on both sides of the street. He had promised his wife he would give politics a rest for a year after moving, so he let the city know about the trees, and the developer planted trees on the other side.

Now, he hopes developers will listen to his concerns about PUD proposals.

“They’re all PUDs, and all those PUDs do is allow the developer to skirt around the zoning ordinance,” DeReamer said. “It increases density and makes them more money.”

DeReamer said when he was mayor of Greenfield, the city required all developers to pick a zoning that was outlined in the zoning ordinance and not request a PUD. However, that’s not the case in the Fishers.

“I don’t understand why Fishers is not using the zoning ordinance they passed,” DeReamer said. “When I was mayor of Greenfield and some developer tried a PUD, I would say, ‘Pick an R (zoning) or multiple Rs.’ Not one developer left.”

A project called Abbott Commons came before the Fishers City Council April 18 requesting a change of zoning for a residential development at Prairie Baptist Road and 136th Street. DeReamer was one of two councilors who voted against the request. The development would have a mix of houses with rear-load garages, front-load garages and for-sale townhomes. The builder, Lennar Homes, proposed open space, pedestrian connectivity and other amenities. However, the development was filed as a PUD and called for decreased lot size and decreased side setbacks, among other requests. The development also proposed three different zonings for the project, such as R2, R4 and R5, meaning different areas of the development would have different requirements.

“I liked that it had three different zonings. I believe in multiple zoning in one subdivision,” DeReamer said. “But put all three of those in there instead of coming in with a PUD. What they come in with isn’t even close to an R5 (more density).”

DeReamer voted against the proposal, as did council member David Giffel.  The proposal passed, 6-2.

Corby Thompson, president of Boomerang Development, which is developing Abbott Commons, did not respond to multiple requests for comment.

DeReamer said he has seen the downside of PUDs firsthand. The Britton Falls neighborhood where he lives is a PUD.

“We have 5-foot setbacks here (below the minimum requirement), and because of the drainage and irrigation and rain, the sides of these houses are soaking wet all the time and the sun can’t get to the siding, so the siding grows mold,” DeReamer said. “Then the developer sends letters out that say, ‘You have 30 days to get your house cleaned,’ and usually it’s $350 to clean the sides of your housing. That’s one good reason not to have 5-foot setbacks.”

DeReamer said small setbacks lead to houses being built too close together.

“If you put HVAC on the side of your house, technically the repair guy can’t get to it unless he walks on the neighbor’s property,” DeReamer said.

DeReamer said residents are taken advantage of when it comes to rear setbacks. Typically, the minimum for rear setbacks is 25 feet, but in Britton Falls, it’s 15 feet.

“What’s happened is a lot of us, we are retired, and we spend a lot of time outside. (Neighbors) want to put a pergola on the back patio but it encroaches the 15 feet,” DeReamer said.
Residents then must go through an arduous process filing a request with the Board of Zoning Appeals and pay a filing fee and go through the request process.

DeReamer, a Republican, said since he’s spoken against PUDs, sometimes two council members agree with his concerns – Jocelyn Vare and Crystal Neumann, both Democrats. If they vote with him against a project, the majority still isn’t in their favor.

DeReamer said he’s spoken with Mayor Scott Fadness, but it’s up to the council to enforce the zoning ordinance when a developer requests a PUD.

“The city council is the one needs to stand up and say, ‘Hey, no more PUDs,’ but that would take five of us to do that,” DeReamer said.

Vare said she’s not 100 percent against PUDs, but if a PUD is requested, it must be a negotiation benefiting the city and the developer.

“Each PUD is an individual negotiation with the city and the developer, and in the case of 5-foot setbacks, I think we can all agree that’s not better,” Vare said.

Vare said PUDs should be considered if a developer proposes beneficial amenities, such as side-load garages or utilizing a parcel that’s been difficult to develop.

“Some of those adjustments (in a PUD) that are adjusting down could indeed be worth it if it is netting a bigger benefit,” Vare said. “The purpose of (a PUD) is to give the developer some flexibility to adjust those standards with the desired outcome of the municipality actually getting a better quality or something more desired. A PUD should exceed standard zoning standards.”

Vare said she’s especially concerned with the vast number of PUDs because Fishers has little land left to develop.

“We need to be more discerning in this moment than ever,” she said. “I don’t feel PUDs should be done away with, but I do feel we need to have big conversations about this and determine as a municipality, the city council with the administration, how we are going to move forward because there have been a lot of concerns about PUDs activated recently.”