COVID-19 outbreak forces ‘Matilda’ cancellations  – Civic Theatre announced May 4 that due to multiple COVID-19 cases within the cast of “Matilda The Musical,” the performances of May 5, 6, 7 and 8 have been canceled. The musical opened April 29 at The Tarkington at the Center for the Performing Arts in Carmel. Civic Theatre released no other information at this time.

Evan Wallace finds there is nothing quite as fun as portraying an over-the-top villainous character.

The Indianapolis resident portrays Miss Agatha Trunchbull, the cruel and sadistic principal, in Civic Theatre’s production of “Matilda, The Musical” April 29 to May 14 at The Tarkington at the Center for the Performing Arts in Carmel.

“I’m having the time of my life being horrible to children,” Wallace said. “I work in social work so I’m a mandated (abuse) reporter, so I’m making a lot of calls on myself lately. It’s a blast and-a-half.”

Wallace said Trunchbull traditionally has been played by a man in the musical.

“It’s a little tongue in cheek,” said Wallace, who will have to shave his beard before the performances. “Who doesn’t love a villain? I love big, broad characters. I was Edna in ‘Hairspray.’ I did the Cowardly Lion in ‘The Wizard of Oz.’ The bigger the character, the more interested I am. Agatha is about as big as they come.”

“It’s very fun to play the comedic villain and be someone you are not usually in real life,” Koharchik said. “She hates books and learning, and I’m an educator.”

Koharchik said when she learned of the role, she thought it would be fun.

“I do love working with kids,” Koharchik said. “I think it’s fun to be in a show with kids. I like to do shows that I think my own children would like to watch.” 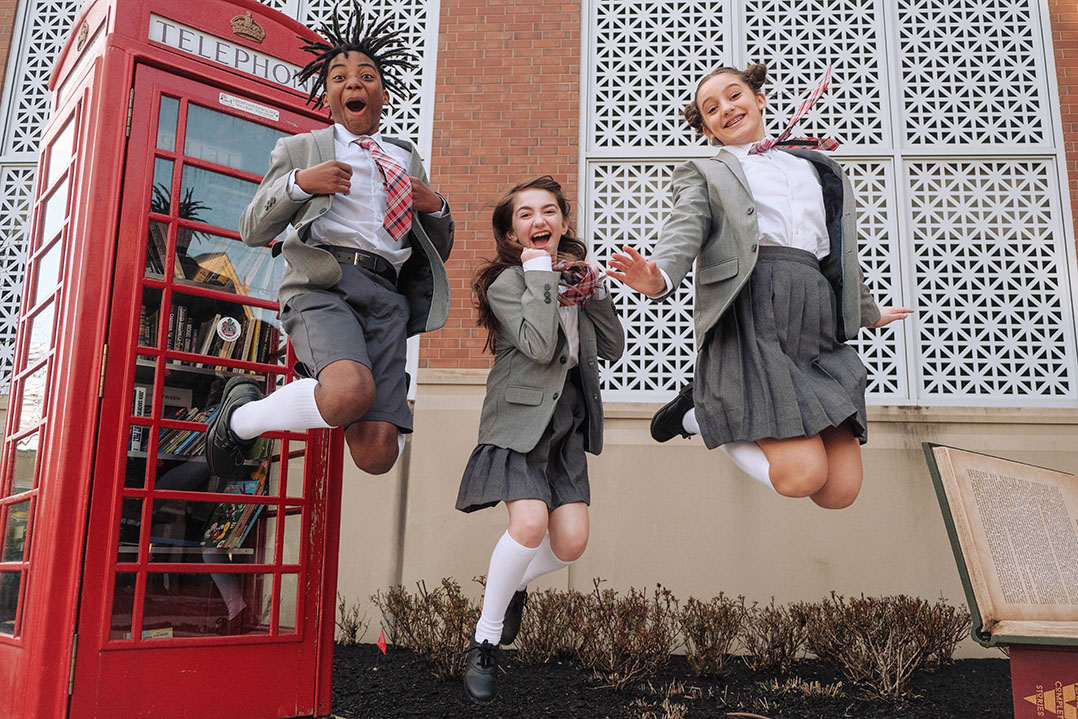 “It’s just really fun to play the role, too,” Vahrenkamp said. “I listen to the music a lot because I loved the soundtrack of the musical. I’ve seen the movie, but I feel the musical is different from that.”

Vahrenkamp, 12, also has read the book by Roald Dahl. In the book, Matilda is supposed to be 5 years old, but is advanced for her age.

“I’m much more experienced now than I was as a 10-year-old,” Vahrenkamp said.

“It’s so much fun you don’t even notice that it’s hard,” she said.

Bonnett is appearing in her first show at Civic since performing in “Little Women” in 2015.

Wallace, Bonnett, Vahrenkamp and Koharchik all were scheduled to perform in “Matilda” when it was shut down after three weeks of rehearsals in mid-March 2020 because of the COVID-19 pandemic. Bonnett said about half the cast returned.

Several previous attempts to reschedule the show had failed.

“It’s been wild from a staff member perspective to see it from the other side,” Bonnett said. “All the times we’ve tried to put the show up and all the times we’ve not able to do so, so to be at this point is exciting because I think we are finally going to get to do it. The set is gorgeous. Everyone, especially those who were in it two years ago, is really excited to finally get to see it.”

Koharchik said the cast was “pretty bummed out in 2020, but it’s great to have it back up.”