As Beth Niedermeyer reflects on her eight years as Noblesville Schools superintendent, one thing stands outs.

“I’m really proud of the incredibly strong team that we have,” said Niedermeyer, who announced in December 2021 her decision to retire June 30. “I’ve been honored to work alongside our leaders and our teachers, so together we have accomplished a lot. The academic data we have is above state and national averages. We have A ratings from the Indiana Dept. of Education. We received state and national recognition for our Science Technology Engineering and Math programming.”

Moreover, the high school has been recognized for its Advanced Placement scores.

“We’ve received numerous awards for our music education,” she said.

“(I’m proud of) maintaining a balanced budget and having very high credit ratings, low interest rates and a reduction of the property tax rates for three years in a row,” she said.

“We’ve done a great job managing our growth. We’ve included some expansions and renovations at all 10 schools and several athletic facilities. We’ve opened a new Community Center and Transportation Center and we’ve launched the district’s solar power initiative, and that’s expected to generate hundreds of thousand dollars in savings.”

A new multipurpose sports facility, called Beaver Stadium, is expected to be ready for the track and field season in April. Beaver Materials purchased the naming rights.

Following a school shooting in May 2018, the district hired a full-time safety director and placed school resource officers in all 10 schools

“We’ve implemented over 50 safety enhancements across the district,” she said.

Niedermeyer said she is proud of the high quality of the staff during a time of intense teacher, employee and substitute labor shortages.

“We’ve had to be creative in our recruiting and retention initiatives,” she said.

“What’s important is taking a look at all of our students and recognizing their individual needs and finding a variety of career pathways for them to be successful,” she said. “We’ve done a really great job partnering with local businesses to create those internships and expose students to a variety of different kinds of careers. They might find out during the internship that they are highly interested in (a vocation) or they are not.”

“Districts across the country and state have not been able to say that,” she said. “It’s been a wonderful collaboration. Despite huge challenges, they’ve put quality learning at the forefront. Teachers were thrown all kinds of new challenges and found creative solutions.”

“Her passion for learning, thoughtful guidance and ability to build strong relationships has had an untold positive impact on tens of thousands of students, employees, families and community members over the years,” Forgey said.

“It’s been an honor to serve this school district and community,” she said. 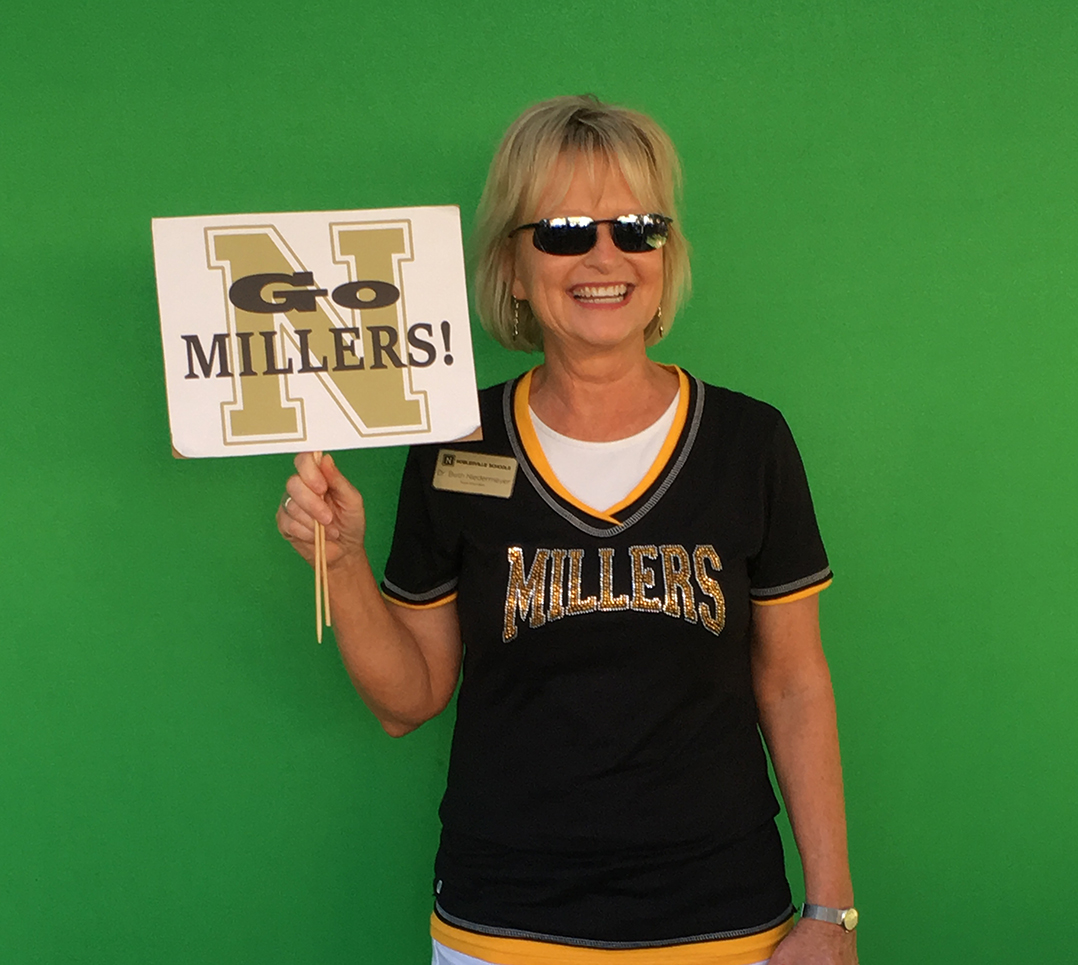 Noblesville Schools Supt. Beth Niedermeyer said she announced her retirement decision in December 2021 to give the school board plenty of time to search for her replacement.

“The biggest thing is I’m certainly not getting any younger,” Niedermeyer said. “The time is right for me to pass the baton on to another superintendent. It’s going to allow me more time to spend with my parents, who are 90 and 91, and my husband’s parents, who are both 85.”

Niedermeyer, 61, and her husband Bob’s parents both live in Fort Wayne.

“We spend a lot of weekends up there,” said Niedermeyer, who plans to stay in Noblesville. “This will just give us more time to spend with them. It’s something you look at year to year, look at what’s happening in your life and with our families, and this just felt like the right time.”

Niedermeyer said she wants to travel, cook and exercise more. She and her husband want to spend more time with their friends.