You are at:Home»Current in Zionsville»Zionsville Education»Zionsville Community High School graduate aims to be world robotics champion 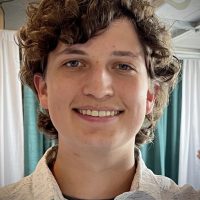 Purdue University sophomore Dominic Holifield is aiming for another shot at a world robotics title.

Holifield, a 2020 Zionsville Community High School graduate, and his partner Sean MacDonald earned a score of 663 at Purdue University Memorial Union VEXU Qualifier in February, which puts the team first in the world skills standings.

Purdue’s club has two separate teams. Holifield’s team, BLRS2, is ranked first in the world in skills standings, and Purdue’s other team, BLRS, is second in the world.

The team is hosting a scrimmage in April to compete with some other college and high school teams to prepare for the world tournament.

“During the competition, there is a tournament style as well as individual skills,” Holifield said. “So, the tournament works with our team going against other teams. Based on a number of qualification matches, we get ranked, and based on our ranking we go into elimination matches where the winner knocks out the loser and you end up with the winner of the entire tournament.” 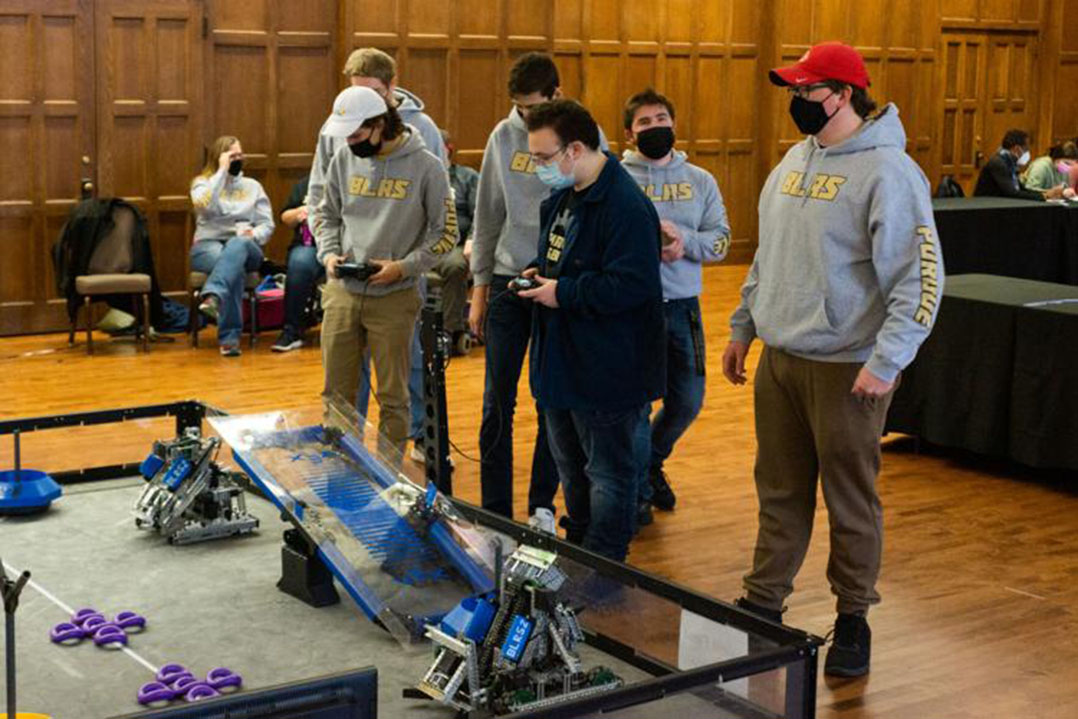 Holifield and team members from SIGBots, Purdue’s robotics club, are preparing for the 2022 VEX Robotics World Tournament on May 3-5 in Dallas.

Last year’s team, led by Holifield and Josh Weber, missed victory in the world tournament with only a single loss to the champions in the final round.

“We did, however, place first in skills and are on track to get it again this year,” said Holifield, a sophomore majoring in mechanical engineering. “We’re hoping to take the tournament win this year and have been putting in a great deal of effort to get there. We may even see Purdue vs Purdue in the world championship finals.

“We’re getting ready by improving some of the designs to score more points and making sure we are more consistent overall.”

With the guidance of the department of computer science, the team members design, build, program and drive their robots. The teams compete in timed sessions in a variety of competitive skill activities.

The individual skills allow the team to have one minute for programming the robot and one minute for driver control to score as many points as the team can, according to Holifield.

“We have two robots for our team, and I drive one of them,” said Holifield, who competed for ZCHS robotics club all four years.

The world tournament is the same week as Purdue’s final exams. Holifield said the members have either had to take the finals before they leave or reschedule them for after the tournament.

“We’ll have 15 to 20 members for both the teams to go to Dallas,” Holifield said.