As the son of a former police chief, Gary Woodruff knew at age 9 that he wanted to work in law enforcement – a goal he achieved early in his adult life.

Now 57, Woodruff is the new Lawrence Police Dept. chief. He was recently appointed to the position after former chief David Hofmann retired to pursue other opportunities.

“There were two deputy chiefs, and between the three of us, we made a great chief’s office core team,” Woodruff said. “So, the natural progression was to fill that position from within the chief’s office. It’s an honor to be asked to continue to serve.”

Woodruff said one of his primary goals is to return the department to full staffing. The department is authorized to have 62 officers but is currently at 57 officers. The goal is 65. Three new officers are attending the Indiana Law Enforcement Academy and will join the force upon completion.

“Something very exciting for this year is we have been authorized by the city to increase our authorized staffing level from 62 to 65,” Woodruff said. “We will be hiring, in addition to replacement officers for officers who have either retired or departed from the department, we will be adding three additional new positions to the department as well. Our department has been perpetually understaffed, that’s not a new thing.

Another of Woodruff’s goals is to increase the department’s hiring diversity.

“We are right in the midst of the initial stages of a hiring process now to recruit high-quality candidates that reflect the diversity of the community we serve. It is of critical importance to us,” Woodruff said. “My intention is to sustain and build. We’ve generated a tremendous amount of momentum and our vehicle fleet is in great shape, and we need to sustain that. The brand-new state-of-the-art building, we need to sustain that and build off of that foundation by increasing our staffing.”

“We want to make sure our officers and entire staff are healthy, not only physically but also emotionally,” Woodruff said. “There’s more focus nationwide on officer wellness and resiliency.”

Lawrence Mayor Steve Collier said he was delighted to appoint Woodruff as chief.

“Chief Woodruff has a long and successful record with LPD and has the support of our officers,” Collier said. “Gary’s professional relationship with all of our local media will ensure continued transparency with all of our stakeholders. We have a lot of talent and professionalism in the Lawrence Police Dept., and my selection of Gary Woodruff as my police chief only serves to validate that statement.”

Outside of work, Woodruff likes to travel and read. 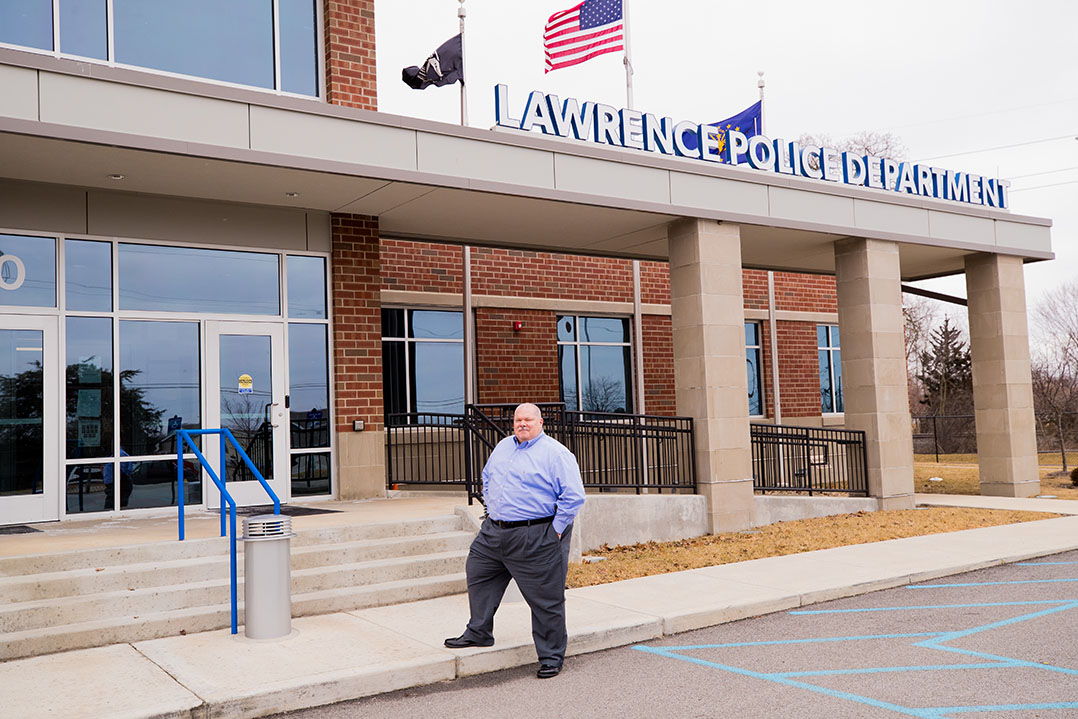 New Lawrence Police Dept. Chief Gary Woodruff got his start in law enforcement when he joined the U.S. Army in 1983. He spent 18 months in Europe as a member of the Military Police. He also was stationed at Fort Benjamin Harrison in Lawrence in the criminal investigations division before leaving the military. 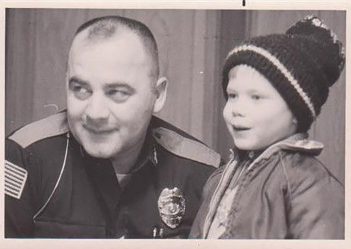 Gary Woodruff, pictured here with his father Harold in 1968, was greatly influenced by his father, who served as police chief and then mayor of the City of Frankfort. (Photo courtesy of Gary Woodruff)

Woodruff then joined the Frankfort Police Dept. as an officer. His father spent his entire law enforcement career with the FPD and served as chief before becoming mayor of Frankfort.

“The uniform I wore to work on my first day with Frankfort police was the same uniform my dad wore on his last day, but of course, my badge said patrol officer and not chief,” Woodruff said. “I can say without reservation that nobody had a more profound influence on my life and career.”

In 2000, Woodruff joined the LPD. He began in the patrol division before transitioning to investigations. He was appointed deputy chief in 2010 and served until 2011, when he then spent time as the investigations division commander. In 2016, he transitioned back to deputy chief, where he remained until his recent appointment to chief.

“I have had the great fortune of really accomplishing really everything I’ve set out to accomplish from the outset of my career,” Woodruff said. “I knew my career was pretty well set at about 9 years old. I knew law enforcement was the career path I intended to pursue.”