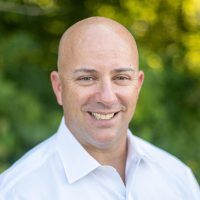 Matt Hall, a U.S. Army combat veteran has filed his candidacy for Indiana’s 5th Congressional District. Hall said he is running because he wants to “positively affect” Hoosiers.

“As a congressman, I’ll be able to positively affect over 300,000 Hoosiers. This enables me to help more people, which is my main goal.”

A first-time office seeker, Hall, 50, is a Democrat who said he would bring leadership and experience to the U.S. House of Representatives, citing his time as a football coach and his military service. He also was appointment to the Lawrence Common Council in 2018, where he served the remainder of the term until it ended on Jan 1, 2020.

“The experience I have is not in government, but in life and service that have prepared me to serve in government,” Hall said. “From working with other nations and organizations where language and competing interests are at issue to achieve a desired or directed mission, to the stress of staying focused on task while life is happening around you at a blinding pace, I’ve learned to stay calm in the face of adversity and get the job done, whatever that job might be at the time.”

If elected, Hall said he wants to cut partisanship and champion an economic agenda that includes creating good union jobs, expanding broadband internet access and providing other infrastructure investments across the district.

Hall and Jeanine Lee Lake have filed to seek the Democratic Party nomination in the 5th District in the May 3 primary. The incumbent is Republican Victoria Spartz.