David Kenworthy first became acquainted with “Who’s Afraid of Virginia Woolf?” when he ran the sound for a Ball State University production in 1996. 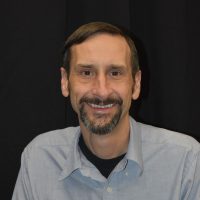 “I fell in love with the amazing wordplay and hoped that one day I could play George,” he said.

The plot centers on a middle-aged couple, George and Martha, who have a bitter marriage. Following a university faculty party, the couple invites a younger couple, Nick and Honey, to continue the party.

“I knew I was definitely not the type to play Nick, even back then,” Kenworthy said. “Years later, I ran lights for the show again, this time at the Metro Playhouse in Grand Junction, Colo. I was still not old enough to play George but renewed my love of language Albee utilizes in this show.

“Over the years, I have come to understand George more, and I now feel I have the life experience to portray him more effectively than ever, for better and for worse.”

Kenworthy, a Kokomo resident, said memorizing a heavy number of lines is the biggest challenge.

“While there is action in the show, the bulk of the work is the faithful recitation of Albee’s words, every one of them chosen for a reason,” Kenworthy said. “The second time I was a technician on this show, the conflict between George and Martha resonated much more than when I was in college. I was married, and the arguments between the characters took on a more personal meaning. At this point in my life, I understand more than I want to about the relationship between George and Martha. Parts of the play are difficult to act, specifically the scenes that include what is essentially domestic violence 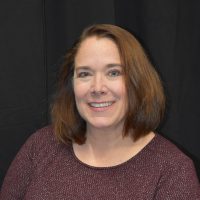 “But portraying George has become cathartic, and even the pain of reliving these personal moments makes my understanding of the characters more acute, and now I feel empathy as well as sympathy for the couple.”

“Martha is a bucket-list role for most women of a certain age, and I am glad to have the chance to try to understand her and bring her to life,” she said. “Learning the plethora of lines has been a challenge as the verbosity is unending, and the banter that Albee created is nonstop and nonlinear.

“As an actress, I always have to find a connection with the character I’m given. On some level I must understand her and even like her.”