You are at:Home»Lifestyle»55 and Better»Westfield resident retires after nearly five decades with state agencies

Mike Smith worked for 48-plus years in state agencies in a variety of capacities.

Smith concluded his career by working for the Indiana Dept. of Natural Resources for 11-plus years, retiring Dec. 31, 2021. He was first the DNR’s chief financial officer and then its chief of staff.

“I truly enjoyed my most recent years with DNR,” Smith said. “Not many people can say that they get paid for visiting a state park. Under the Gov. (Eric) Holcomb administration, DNR received an unprecedented $80 million allocation of deferred maintenance dollars to assist in upgrading and rehabbing campgrounds, restrooms, shelters, cabins, etc., at numerous DNR properties across the state. 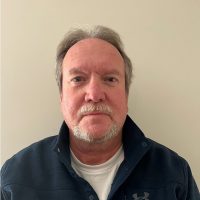 “DNR also received appropriations to build tens of miles of new trails and an appropriation to build a new inn at Potato Creek State Park.”

Prior to the DNR post, the Westfield resident worked for four other state agencies.

He attended Indiana University for two years, enrolled at Purdue for a year.

“I started my first full-time job in May of 1977,” he said. “I got married to my wife in 1979 and have been happily married for 42-plus years. I went back to college at IUPUI part-time after getting married and graduated from the IU School of Business in 1983, majoring in management and administration.”

“I was the director of the Indiana Office of Traffic Safety when the seatbelt law became effective in July 1987,” he said. “That was a big deal at the time. I was a member of the state’s bargaining team during union settlement negotiations with state law enforcement agencies (State Police, Excise Police and Conservation Officers). I believe that was 1990-1991. Those negotiations were the first of their kind in state government.

“I also oversaw the budgets of 40-plus state agencies during the Great Recession of 2008. That was a very stressful time.”

Smith said he is still figuring out retirement plans.

“My wife and I have a couple of timeshares that we haven’t used since the pandemic, thus we will likely travel around the country to a certain extent,” Smith said. “We have several friends in Florida that we will likely visit. We will also attend many basketball, baseball, football and soccer events watching our grandchildren. My wife, Donna, and I have two children, Justin (Zionsville) and Nicole (Westfield). We have five grandchildren ranging from ages 10 to 3.”

Prior to moving to Westfield in 2018, Smith lived on the far northside of Indianapolis for 32 years.