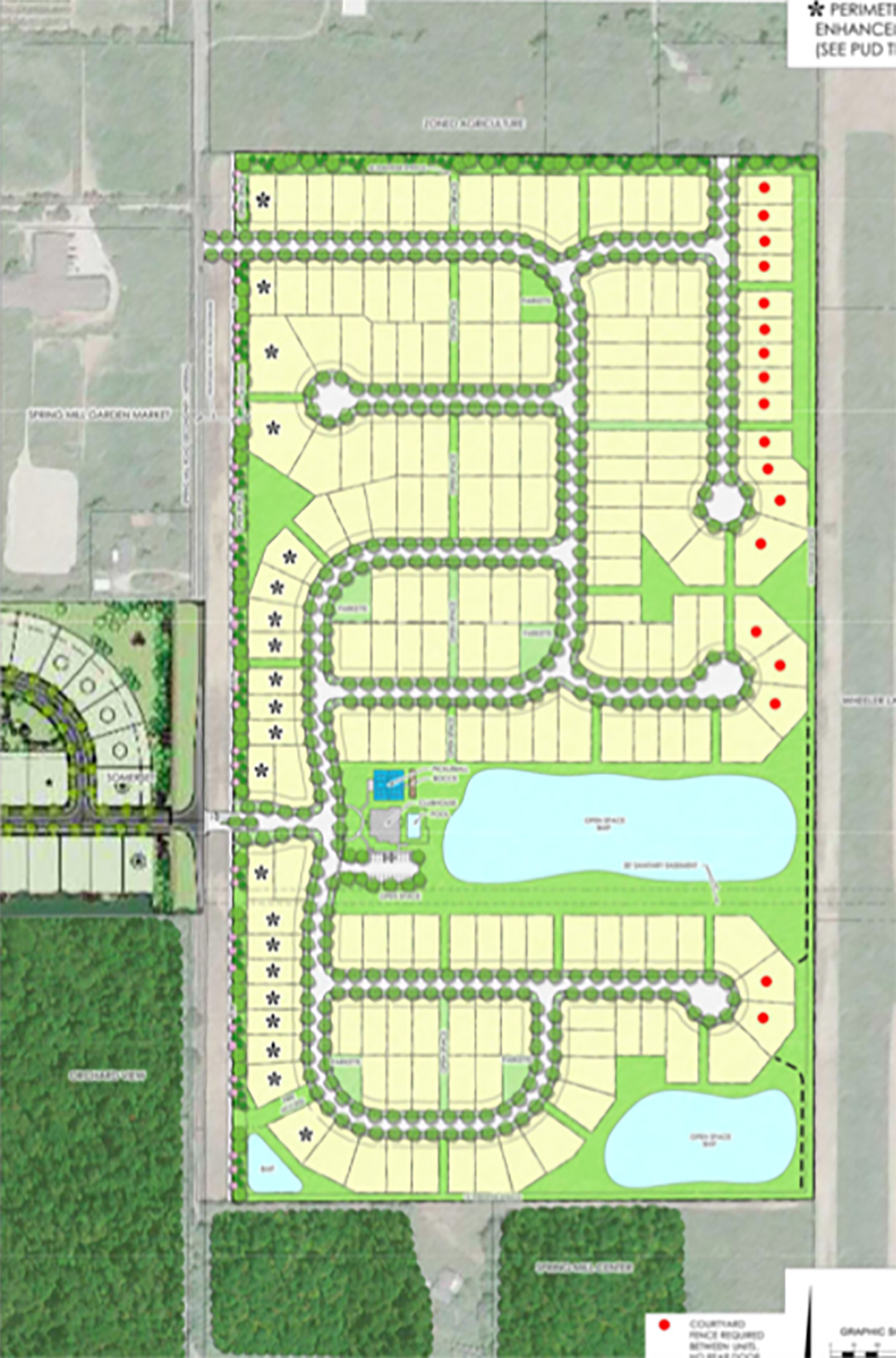 The concept plan for a proposed age-restricted development near Spring Mill Road and Ind. 32. (Image courtesy of City of Westfield)

The Westfield City Council heard a presentation regarding an age-restricted residential development encompassing 68 acres east of Spring Mill Road and north of Ind. 32 at its Jan. 18 meeting.

After some discussion, the council unanimously voted to table the ordinance until it could speak consult the Federal Aviation Administration after concerns about development’s proximity to Westfield Airport.

Council member Joe Edwards made the motion to table the development after saying the airport’s owners approached him with concerns.

“This is a situation that could possibly put them out of business,” Edwards said. “If a dog or kid gets underneath there and gets out on the runway and a plane hits them, the suit would be large. I’m not really in favor of putting one of my constituents in a situation where that lawsuit is large without more (exploration) of this matter.”

Edwards said he didn’t want to vote on the ordinance until the council learned more about potential liabilities.

Per changes to the development, land use professional Jon Dobosiewicz said several modifications had been made to the ordinance, including reducing the number of homes to 184, eliminating grid street patterns and enhancing architectural standards and amenities. If approved, home costs would range between $350,000 and $550,000. The development would have walking paths, active and passive amenities, an outdoor fireplace and gathering area and a pool. Dobosiewicz represented the Courtyards at Spring Mill development at the council meeting.

The council unanimously approved Edwards’ motion to table the proposal until after speaking to the Federal Aviation Administration.