You are at:Home»Current in Westfield»Westfield Cover Stories»Signs of growth: Town of Sheridan benefits from Grand Park traffic, installs new signage to welcome motorists

Since being elected as a Hamilton County Commissioner in 2013, Westfield resident Mark Heirbrandt has made it his mission to maximize the potential of Sheridan, a local town northwest of Westfield. 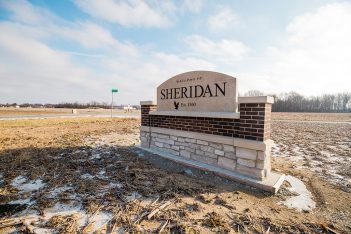 Sheridan has seen an increase in traffic through town and the downtown since Grand Park opened in 2014.

Heirbrandt’s most recent initiative was assisting with the construction of two brick and concrete entry signs on the east and west ends of the town, which were much-needed additions, according to Sheridan Town Council President David Kinkead, after Grand Park opened in 2014.

Kinkead was serving as town council president when the signs were built in October 2021. He said the town supports of all the extra traffic and visitors from Grand Park, but the increase in visitors poses challenges.

“When they opened Grand Park, the Town of Sheridan saw tremendous traffic cutting across 47 and 38, and it’s evident every evening if you come into town or try to get out of town. Traffic really blossomed when Grand Park opened,” Kinkead said. “It’s hard for a small town to know what (traffic) is going to do for us. We don’t have a lot of the amenities that are needed.

“One of big things we lack is a grocery store.”

Kinkead said Sheridan previously had a wooden sign on Ind. 38 near Lamong Road, but it was destroyed in a storm. He said the new signs are a nice addition and will stand out when improvements are made to Ind. 38 and Ind. 47.

“They’re both slated for major repairs in the next three years,” Kinkead said.

Heirbrandt regards the state roads as contributors to Sheridan’s potential.

“What we really saw in Sheridan is, they have a state road and there’s a lot of things happening up there,” Heirbrandt said. “So much traffic is going through there, through that little community right now, we felt like we really needed (the signs), especially because of Grand Park.”

“They come in that way and come through that community, and (Sheridan) wants to try to benefit from that,” Heirbrandt said. “They really didn’t feel like they had any identity.”

Heirbrandt said he first started talking to Kinkead in 2015 when traffic in town increased after Grand Park opened.

“I brought the idea (of signs) up to David, and he said, ‘We really need signs, but we can’t afford really nice signs,’” Heirbrandt said. “I said, ‘If you’re going to do this, I think it really needs to be a community thing.’” 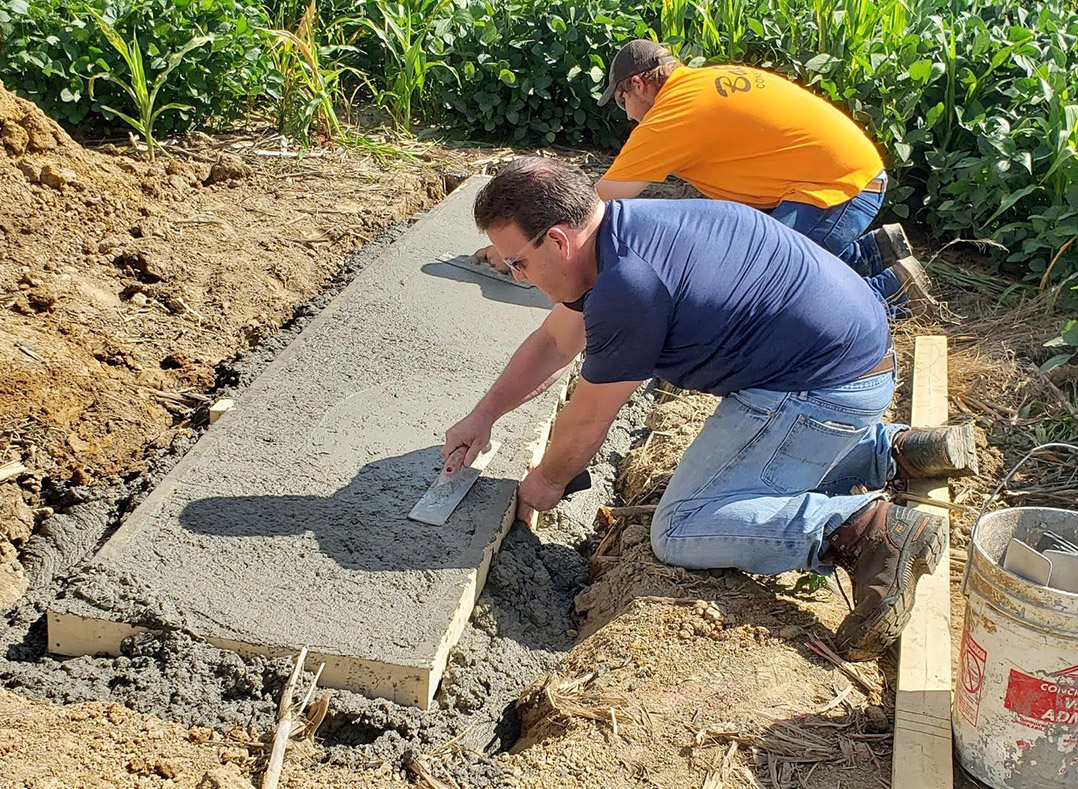 The Sheridan Coalition Group is organized by Gloria Del Grecco, a community wellness coordinator at Purdue Extension. The coalition played a major part in fundraising for the two new signs in Sheridan, and it strives to help the community in other ways, too.

The group consists of community leaders who meet monthly to discuss issues in Sheridan, such as the need for a grocery store, community signage or restaurant opportunities.

“We collaborate on different things or community events, like to help clean up and do initiatives for the town,” Hamilton County Commissioner and coalition member Mark Heirbrandt said.