Doug Zipes has always been intrigued by World War II and Adolf Hitler.

Thus, the 82-year-old Carmel’s resident’s fifth novel, “Ari’s Spoon,” takes the readers on a journey back in time to the Warsaw Ghetto and the Nazi death camps. The novel was published Dec. 23 by iUniverse. 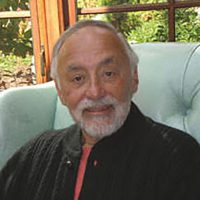 The story centers on a young Indianapolis surgeon who discovers an engraved silver spoon sewn into the double-layered hem of a baptism gown that he planned to use at his daughter’s baptism after the church’s metal detector goes off. The gown had previously been stored in the family cedar crest, his grandfather’s most prized possession from Poland. The discovery leads the surgeon to research the spoon’s history.

“The premise of the book is that choices made under stress define who a person is,” said Zipes, a distinguished professor emeritus at the Indiana University School of Medicine and retired cardiologist. “A choice made without consequences is meaningless.” 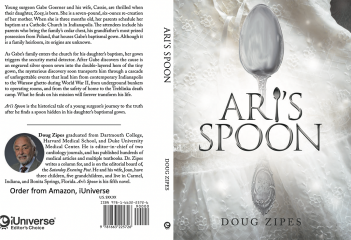 Zipes said he has been encouraged by comments and reviews of the book from readers.

“The review editor for iUniverse said this writing was the best he’d reviewed in all his years,” Zipes said. “The book was selected as the publisher’s choice.”

Zipes said the novel took two years to write. Zipes, who has also written his memoir, estimates he has written nearly 1,000 medical articles and 16 cardiology textbooks. He writes a weekly medical column for the Saturday Evening Post.

Zipes is in the process of writing his next novel, “The Last Day I Walked.”

“Ari’s Spoon” is available on Amazon.com. For more, visit dougzipes.com.