You are at:Home»Current in Carmel»Carmel Cover Stories»On the move: Once reluctant entrepreneur ready to take Laser Flash to the next level with relocation

Laser Flash founder and owner Peter Murphy had been planning to relocate his business long before the Carmel Redevelopment Commission announced its intentions to purchase the building that houses it for redevelopment.

Murphy opened the laser tag facility in 2002, and within a few years he knew he’d need more space. He thought he found the right location in north Carmel in 2009, but the Great Recession led the bank he was working with to close its commercial loan department, and the deal fell through.

In summer 2018, he announced plans to partner with EdgeRock Development to relocate and expand to a new 50,000-square-foot facility on Ind. 32 west of U.S. 31 in Westfield.

“I was hoping to stay in Carmel, but there’s not much land left to develop here in the central core, so being on the Monon in Westfield is a great location,” Murphy said.

Those plans are still in the works, albeit with a bit more urgency, as the CRC has asked the Carmel City Council to approve a purchase of the building at 611 3rd Ave. SW, which also houses Magnetic Concepts, for $4.8 million. The site, combined with a parcel owned by developer PedCor to the north and the Salon 01 building to the south, have been proposed by Carmel officials as a possible site for a museum featuring the Great American Songbook, but city officials have said they are interested in purchasing land in the area for redevelopment, regardless of its eventual use.

If the CRC purchases the Laser Flash building, it plans to lease the building back to Laser Flash for $1 per year for approximately two years as the Westfield facility is constructed. The city council’s finance committee is set to discuss the sale at a meeting set for 6 p.m. Jan. 12 before sending it back to the full council for a vote.

For Murphy, a Carmel resident, the planned move is just another step in his unexpected journey into the family entertainment business. 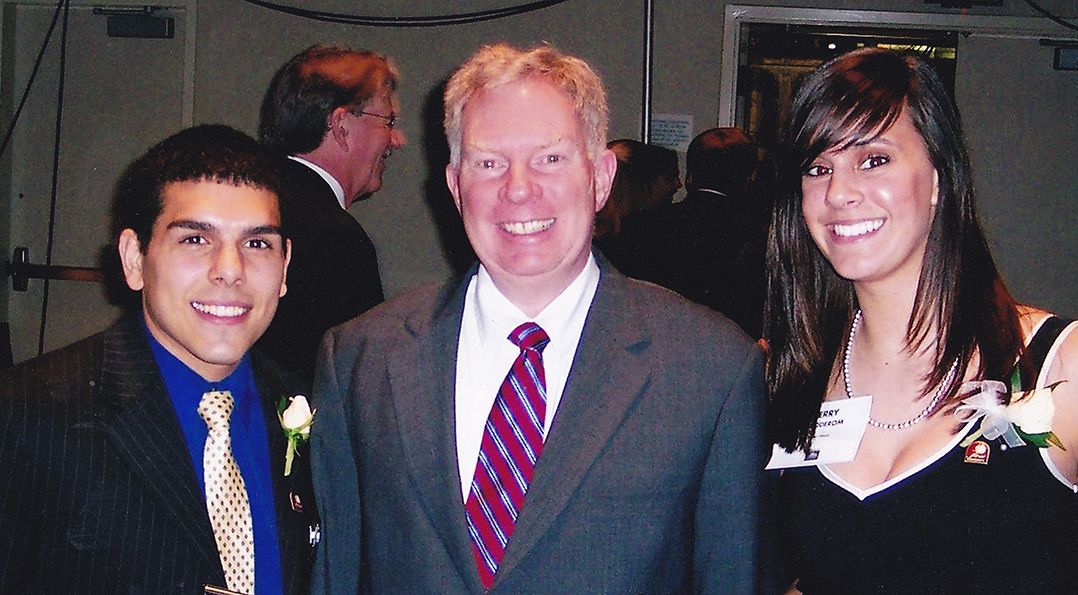 A native of Urbandale, Iowa, Murphy began a career in electrical engineering after he and his wife left active duty with the military in 1984. The couple had two small children when the company he worked for closed and he pulled out of a plan to pool severance bonuses with other engineers to start their own company, a decision he came to regret.

Murphy ended up in Portland in a job he didn’t find fulfilling, and eventually the young family relocated to the Indianapolis area – halfway between grandparents in Iowa and Washington, D.C. Murphy took a job with Thomson Consumer Electronics, eventually going part time after his wife returned to active duty as a result of the 9/11 terrorist attacks, and he kept wondering what it would be like to start his own business.

He found inspiration to finally become an entrepreneur after a friend recommended the book “Ender’s Game,” which includes a zero-gravity version of a game similar to laser tag, an activity he knew very little about. Around the same time, his son requested a laser tag birthday party, and while there, Murphy became inspired to open his own facility – and do it better.

Less than nine months later, Laser Flash opened in Carmel. While laser tag may be the featured activity, it’s not the focus of his company.

“What I’m selling here is not laser tag,” Murphy said. “What we’re selling is socializing.”

That led to a difficult stretch in the early days of the COVID-19 pandemic when the business was forced to close as part of shutdowns to prevent the spread of the disease. Laser Flash used the time to upgrade its technology in the arena, making the game more of a team-building activity.

It’s a sense of togetherness that Murphy aims to provide at Laser Flash, and he wants to expand on that with increased offerings and space at the new facility.

“If we can make it more of an adult gathering place, like Midtown Plaza, that will be an attraction all on its own in addition to laser tag, bowling and ax throwing,” Murphy said.

Laser Flash is a small business, but it’s left a big mark personally and professionally on some of its former employees.

Armando Lanuti worked as a manager at Laser Flash during its first six years in operation before leaving in 2008 to take a job with Creative Works, a Mooresville-based developer of family entertainment facilities that had designed the Laser Flash arena.

In 2015, Lanuti, a Carmel resident, became a co-owner and president of Creative Works, and he credits his time at Laser Flash with helping to launch his career.

“I had fallen in love with the smiles that are on kids’ and parents’ faces when they come out of the laser tag arena,” Lanuti said. “I really enjoyed that, so I had pursued an opportunity with Creative Works to be able to help others build those venues all around the world.”

Laser Flash also made a big impact on Lanuti personally, as it’s where he met his wife, also a manager at the facility, and several longtime friends. Three of Lanuti’s former employees at Laser Flash, who were teens at the time, have joined him at Creative Works.

“Laser Flash is a great entertainment venue, but like any small business, it created its own little ecosystem, its own village, its own group of friends and people,” Lanuti said. “To this day, many of us have connections and relationships with people we worked with all the way back then.”

Although it takes up the most space, Laser Flash isn’t the only business in the facility at 611 3rd Ave. SW being eyed by the Carmel Redevelopment Commission for purchase. Jim Covert owns the building as well as Magnetic Concepts, its other tenant.

Covert said he is planning to construct a new facility for Magnetic Concepts, which manufactures and sells dry erase whiteboards, in Westfield, but he declined to provide additional details before the sale to the CRC is finalized.