You are at:Home»Current in Carmel»Carmel Community»Carmel eyes rezone of homes near Monon and Main to allow for mixed-use development 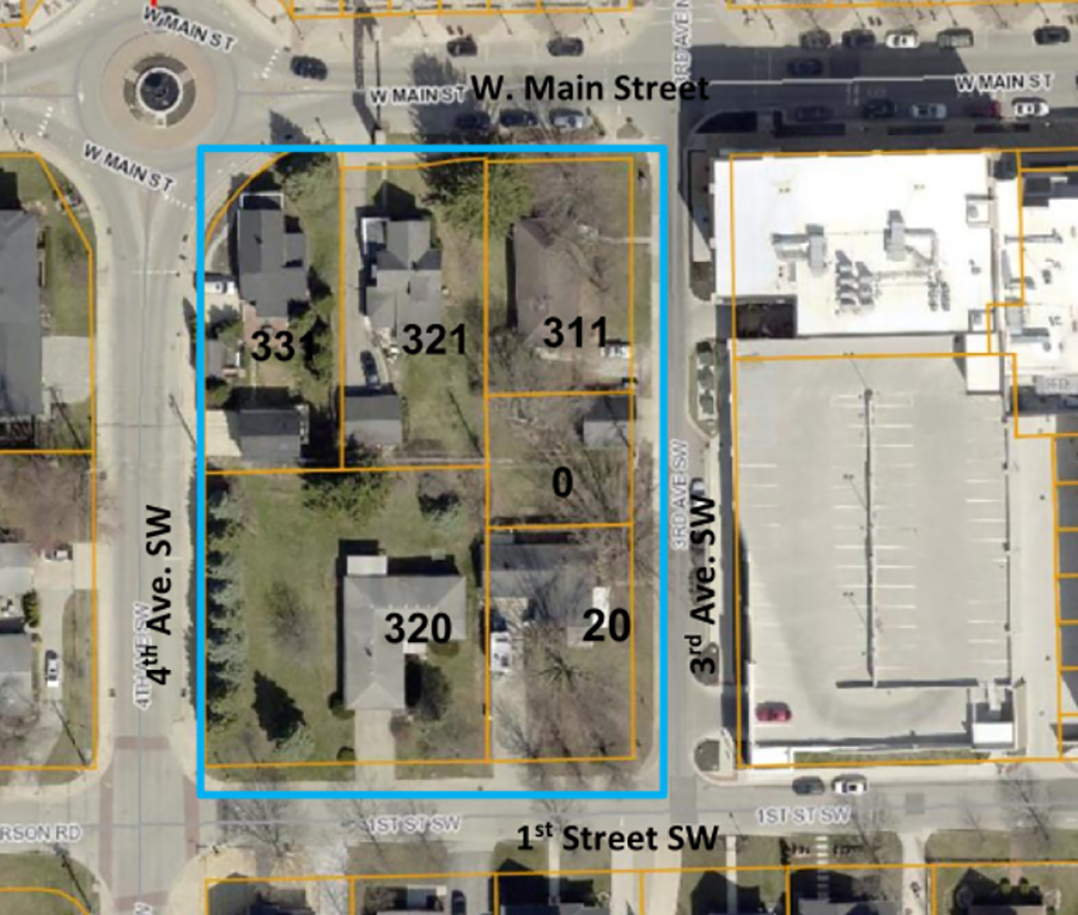 The Carmel Plan Commission is discussing proposed amendments to commitments that would allow for the rezoning of a block of residential homes south of Main Street to allow for mixed-use development. (Image from documents filed with the City of Carmel)

The Carmel Plan Commission is reviewing a request by the City of Carmel’s Dept. of Community Services to amend commitments approved in 2016 to allow for rezoning of a block of single-family homes south of Main Street to C2 in anticipation of a mixed-use development eventually being built on the site.

The homes are between Main Street to the north, 3rd Ave. SW to the east, 1st St. SW to the south and 4th Ave. SW to the west. They are adjacent to the Monon and Main mixed-use development, which has been built since the commitments were approved.

The six parcels on the block have four owners, and not all of them are interested in the rezone or selling their homes, according to DOCS Director Mike Hollibaugh, who requested the commitments be amended. He said the city does not have a specific project in mind for the site at this time but that officials have long been clear about future plans to redevelop the block.

“Like other C2 rezones, this is a positioning action by the city to help bring some predictability to the development community so that the accumulation of those parcels can occur, that offers can be made to the residents,” Hollibaugh told the plan commission at its Dec. 21 meeting.

A few residents who live near the block asked the city not to rush a rezone.

“I don’t think this is a great fit to move forward as a C2 for 100 percent single-family homes. Each is still individually owned, the same as it was back in 2015, and there’s no safeguard I can see that would protect the homeowners that do want to stay,” said Kelly Baskett, who lives just west of the block.

Commissioners said they want to review the petition in more detail and sent it to the residential committee, which is set to meet Jan. 4. The full plan commission will have final voting authority.