You are at:Home»Current in Zionsville»Zionsville Cover Stories»What a wonderful world: Two African girls to spend Christmas in Zionsville

This year, two African girls hope their first Christmas will be as exciting as the first time they saw snow.

For Salha Mohamed, 17, of Tanzania and Farah Ben Salah, 17, of the Republic of Tunisia, the white dusting on the ground earlier during the fall was “crazy,” a wondrous product of the coldest climate they have ever been to.

In August, Zionsville resident Amy Montgomery, 50, a single mother with three college-age children, began hosting Salha and Farah through the U.S. Dept. of State’s Kennedy-Lugar Youth Exchange and Study program, which allows high school students from nations with significant Muslim populations to live and study in the United States for an academic year. It was started in response to the events of 9/11, and the state department regards international students who participate in the program as “youth ambassadors” of their home country, promoting “mutual understanding by forming lasting relationships with their host families and communities,” according to the YES program’s website, yesprograms.org.

To participate in the program, international students in their freshman and sophomore years of high school must go through a rigorous application process, which includes interviews, written tests, grade requirements and more. When accepted, the students are required to enroll at a local school and complete 25 volunteer hours per semester.

Farah and Salha have helped with the Best Buddies program, the Zionsville United Methodist Church and other organizations while they have been in Zionsville. 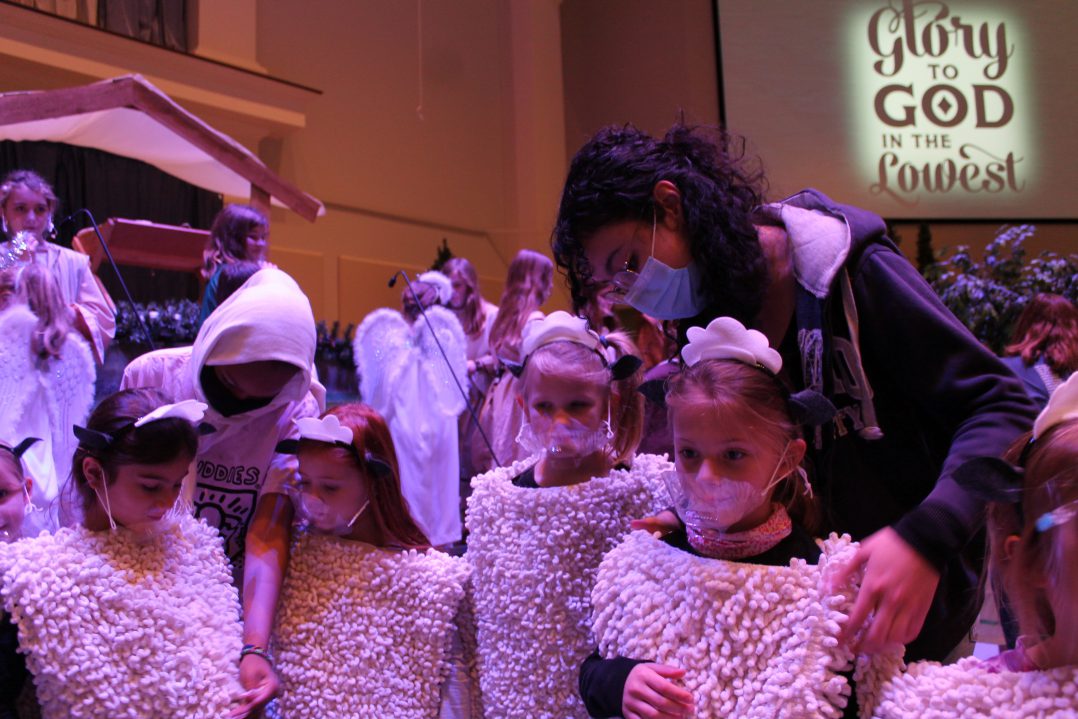 “They started coming to every Wednesday and Saturday practice and helping us out with whatever we had a need for,” Hilton said. “I think it’s really great for our kids to understand that this is a global thing, that they are meeting people from literally around the world.”

However, because their academic credits at Zionsville Community High School won’t transfer to their home schools, Farah and Salha will need to retake their junior years of high school when they return to their home countries.

Farah, a junior, applied for the program her freshman year. She wasn’t accepted, but that didn’t deter her. She knew she wanted to live for a time in the United States and improve upon her English to complement her French and Arabic.

“It is a popular program in Tunisia, and everyone knows about it,” Farah said. “I’ve always wanted to speak English fluently and learn more about American culture and share my culture with the American people.” 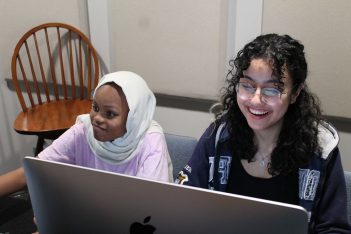 Salha, also a junior, said the program was first offered at her school in 2007.

“A lot of students at my school have done it before, and when they get back home and to school, they inspire us that it is good,” Salha said.

The new environment has come with some changes. The girls noted that teachers are friendlier, classes are held in different rooms and there are no school uniforms, allowing for more expression. The girls also have experienced many “firsts” in Zionsville and are still looking forward to another this holiday season — participating in Christmas celebrations.

“I’ve noticed that America is filled with joy,” Salha said. “Their holidays are different from ours. I think there is only one similar holiday to ours, and that is Thanksgiving.”

Eid al-Fitr, a holiday the girls celebrate, is the earlier of the two official holidays celebrated within Islam. It marks the end of the monthlong dawn-to-sunset fasting of Ramadan.

In Tunisia, there are fewer Christians, and Christmas celebrations are rarer, Farah said.

“We’ve never celebrated Christmas,” Farah said. “People who celebrate it in Tunisia are more rare, and if they do it, it is more for the gift than the actual meaning behind it. And our hotels also put up Christmas decorations. But I’m really excited to celebrate Christmas.”

Montgomery selected the girls because she wanted to host two students at one time, something she has never done before. The only requirements were that the students could not be native speakers of the same language or be from the same country.

“Farah speaks French, and my son was a foreign-exchange student in France for a year, so I thought that (it) would be fun that they could maybe speak some French together,” Montgomery said. “And I didn’t know anything about Tunisia. Salha speaks Swahili, and she likes to dance, and I do, too, so we sometimes move our bodies together in the kitchen. But I have learned things about their countries that I never would have learned without hosting them, and I hope to one day visit them.”

During the girls’ stay, Montgomery has learned, for example, that five of the first six “Star Wars” movies were filmed in Tunisia, where the fictional world of Tatooine was created. Many of the original sets remain popular tourist attractions. Tanzania is home to the dormant volcano Mount Kilimanjaro and the Serengeti National Park, an international tourist attraction and the location of the largest annual animal migration in the world.

Montgomery has also learned a lot about Farah and Salha.

“For me, you are not juggling just different personalities of different teenagers, but you are juggling different cultures because, of course, they are from different countries,” Montgomery said. “That keeps me on my toes, I’ll say. I was worried about hosting two (students) because you have expectations that they will get along and be the best of friends. And they do get along very well. But that’s a risk that you take when you take in two. But it’s been what I wanted, which was challenging, interesting, different, growing. That’s always why I do this.

“Whether it’s an easy year or a hard year, you can still see growth in the kids, with language, with maturity and getting to know themselves better. And getting to be a part of that is a really special thing.”

Montgomery planned for the girls to observe Christmas a week early so that they can all go to Orlanda on Christmas Day to show them more of the U.S. and allow them to see a beach again to remind them of home.

“I’ve hosted for more than 20 years, and the best part for me is that a little piece of your heart stays thousands of miles away, and even over time that doesn’t fade away,” Montgomery said.

Zionsville resident Amy Montgomery, 50, is a single mother with three college-age children, who hosted an international student for the first time in 2006.

She was a foreign-exchange student in college, living in Austria. She also lived abroad with her family as a child, something she said has led to a lifelong interest in other cultures.

In 1988, she married and moved to Minnesota, where she found a job working for AFS-USA, a foreign-exchange student program. She later moved to Zionsville and has hosted several international students from around the world because of her fond memories of her time overseas. She now works as a hospice nurse at Anew Hospice in Indianapolis. Through the 2021-22 academic year, she is hosting Salha Mohamed, 17, of Tanzania and Farah Ben Salah, 17, of Tunisia through the YES program.