You are at:Home»Current in Carmel»Carmel Cover Stories»An ‘enormous sense of hope’: Once homeless, journey full of ‘miracles’ leads to position as Carmel’s 1st equity manger

Timothy Knight points to a “series of miracles” that ultimately led him to a career of service.

He’s worked cleaning laundry in a nursing home, as a police officer in Indianapolis, a life skills instructor in a group home, executive director of a mentorship program for Black men and boys, college professor, and, most recently, as the employee development and equity manager for the City of Carmel.

At key points during his journey, which included seasons of poverty and homelessness, Knight, 57, was forced to rely on the goodwill of others, which included an instructor at Aenon Bible College helping him get student debt erased so he could stay in school and earn his bachelor’s degree. That experience helped lay the foundation for his life’s work.

“That became one of the defining experiences of my young life, so I found myself meandering into human services after I graduated,” said Knight, who went on to earn a master’s degree in Theological Social Ethics from Christian Theological Seminary and a doctorate in Human Services from Capella University.

The City of Carmel hired Knight in May to be the employee development coordinator, but after the city terminated a contract with a company that was providing its diversity training, city officials looked at Knight’s resume and interests and asked him if he’d be interested in developing the training in house. He agreed, earning a new title and a 20 percent raise. 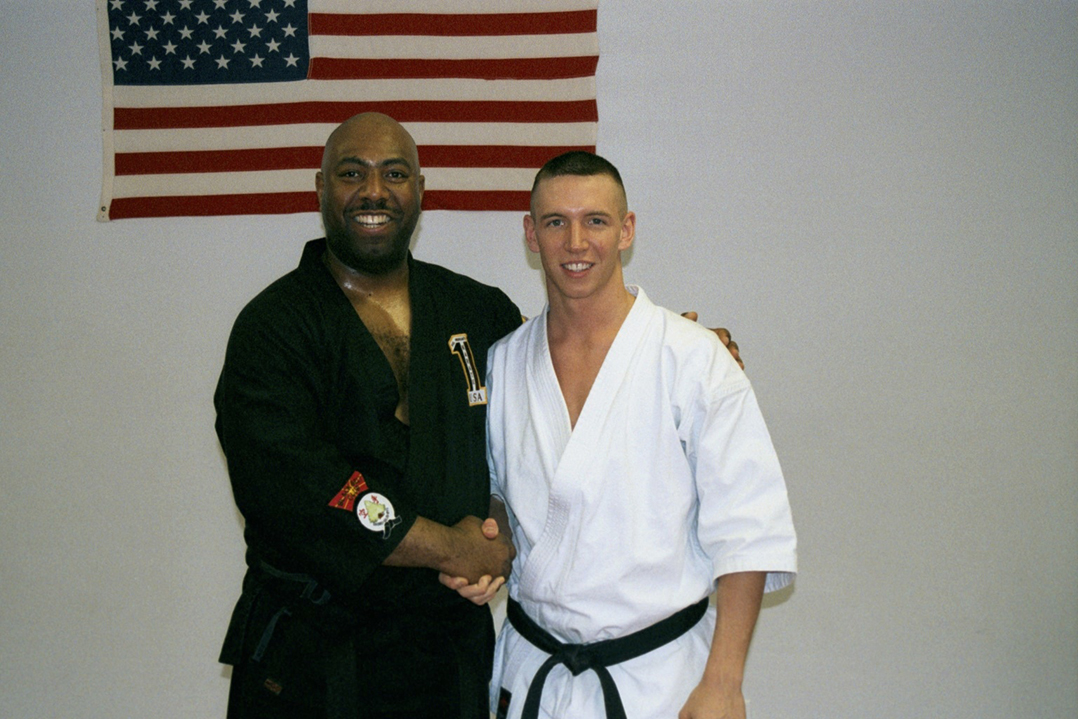 ‘I wanted to be that guy’

Knight, an Indianapolis resident, said he’d long had an interest in diversity and equity work and had previously looked to enter the field.

“It fits my passion,” he said.

Knight said his work is shaped by philosophical personalism, a belief system he embraces that states all humans possess innate and intrinsic value that cannot be reduced.

“We as human beings are obligated to create spaces where people can fully actualize and be their full selves,” Knight said. “In my (previous) work as a homicide detective, the one thing that irritated me most was that someone had the audacity to take the life of another person, the supreme exhibition of control.”

John Hillman, a deputy with the Hendricks County Sheriff’s Office, has experienced first-hand Knight’s respect and care for others. Hillman was a teenager when he met Knight at a martial arts school, and he soon came to regard Knight as a mentor in martial arts, faith and life. 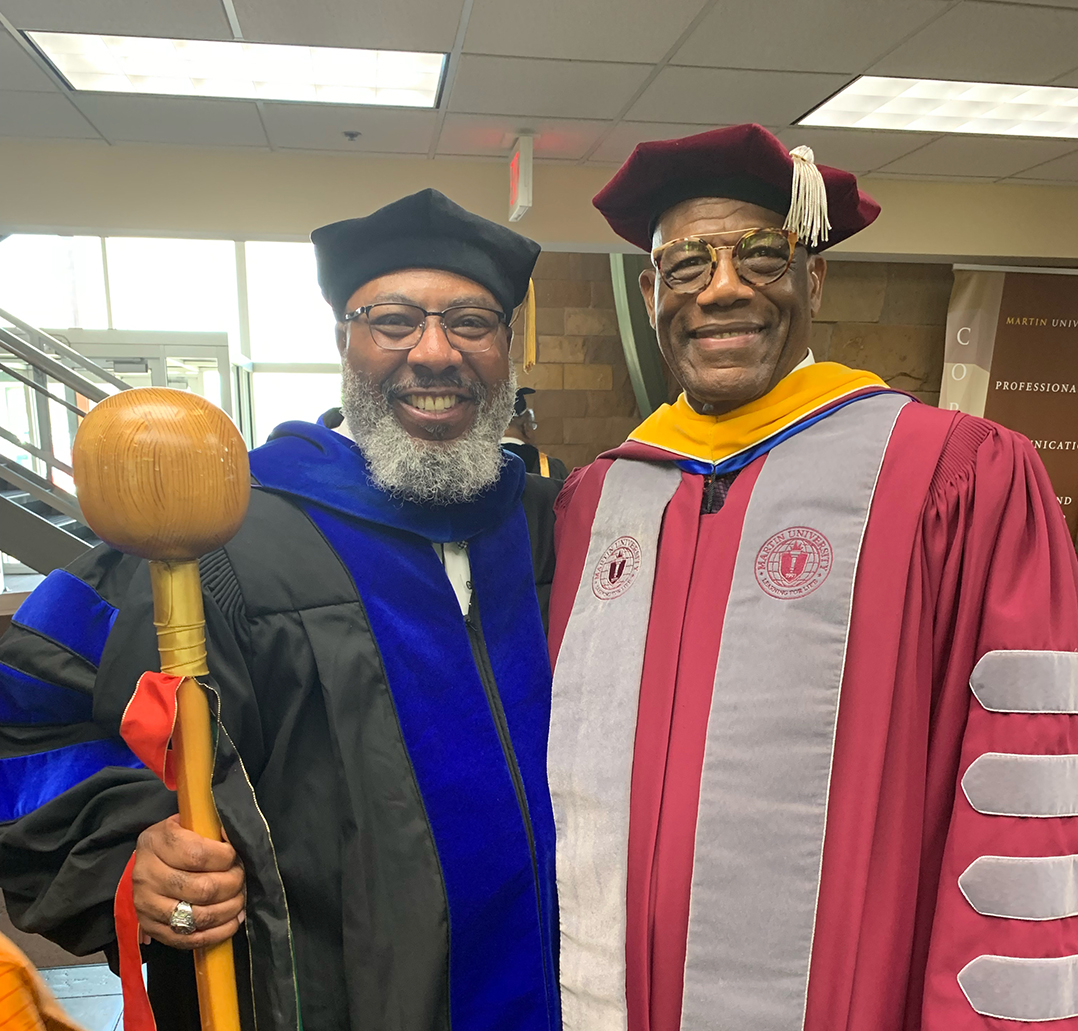 Timothy Knight, left, with then-Martin University President Eugene White, during the school’s 2018 graduation ceremony. Knight served as a marshal for the event. White, a former superintendent of IPS, had supported Knight’s mentorship program for Black men and boys. (Photo courtesy of Timothy Knight)

‘We will not attack each other’

Knight, whose job duties for the City of Carmel include developing leadership programs for city employees, said he’s well aware that managing diversity discussions and education can be difficult work. He knows not everyone will agree when it comes to these issues, but he’s hoping to guide city employees through “generative conflict” rather than “destructive conflict.”

Knight initiated his efforts by asking members of the city’s existing diversity team to invite co-workers they knew were hesitant to engage in this type of work to the table.

“We need people who are going to be pushing against this,” Knight said. “So, this group of people came in, bottom lips poked out and arms crossed, but by the end of our presentation they said, ‘We need you to come out and do this on all of our shifts.’ That gives me this enormous sense of hope.” 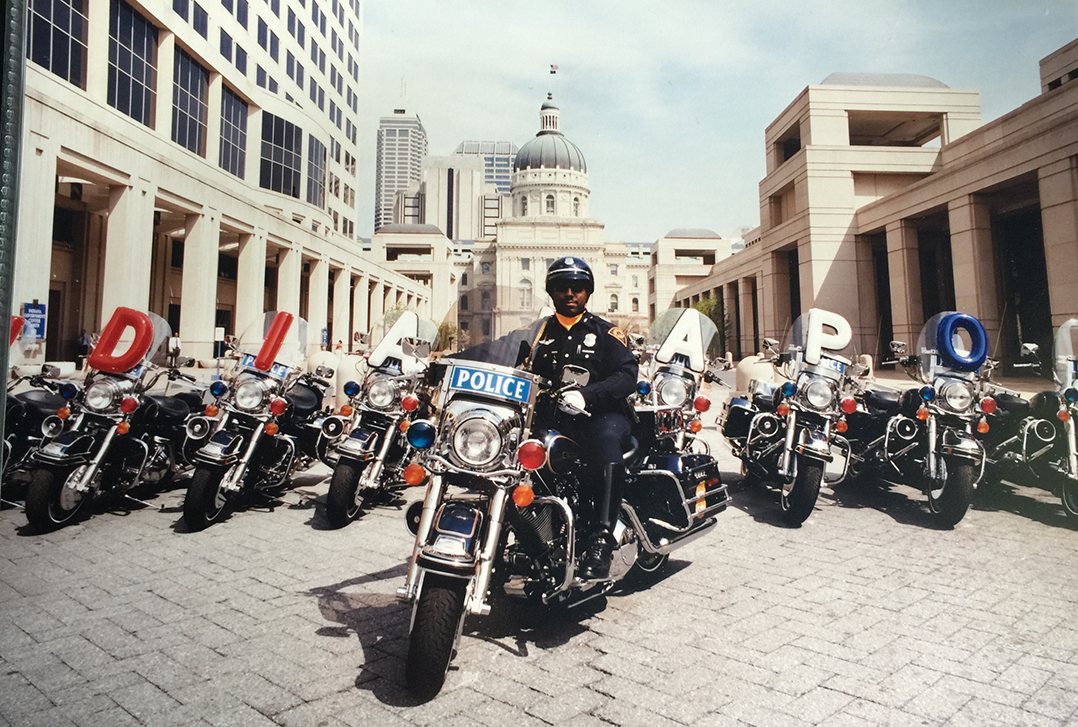 Besides his work as a police officer and investigator, Timothy Knight served on the Indianapolis Motorcycle Drill Team, which performs precise choreographed maneuvers — sometimes with drivers standing on the seat — in central Indiana and throughout the nation. It is known for spelling “Indianapolis” in letters placed on the motorcycle’s windshields.

“I was the S, which I will say is the most aggressive (position). You had to have the most skill,” Knight recalled with a laugh.

Knight credits his experience on the drill team with influencing the rest of his career.

“I learned, much like I learned when coming to Carmel, that the officers there had developed this culture of excellence. Many of them had mounds of experience they would share, and they were just wonderful people,” Knight said. “Every organization you join refines you a bit more.”