Russel’s husband, Grant Russel, a Carmel Fire Dept. firefighter, played Ted Hanover, the male lead. The couple met during a 2008 performance of “High School Musical” at Artist’s Studio in Fishers, which has since folded. Lauren Russel was a high school senior at the time. She went on to study theater and communications at Millikin University in Illinois. 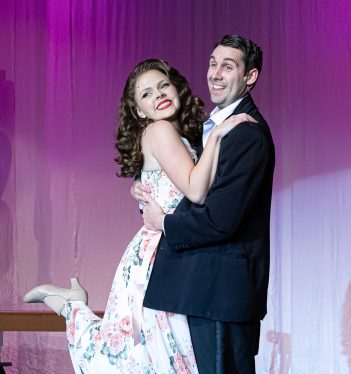 Lauren and Grant married in 2013. After having their third child, Lauren retired from performing on stage. She performed in “Cinderella” in 2019 at Footlite Musicals in what she thought was her last performance. But the COVID-19 pandemic reignited her passion to perform.

“With being home with three boys, the youngest who is 8 months, I didn’t need to do theater,” Russel said. “I played Cinderella in 2019 at Footlite. I did that and then thought, ‘This is perfect.’ It’s a great time to retire from theater.”

When the pandemic began, Russel heard the disturbing stories of what her husband saw on fire department runs.

“We were seeing a lot of ugly,” Russel said. “It was so ugly, and theater was taken away. There wasn’t anything from what we defined as normal even available.”

As theaters began to reopen, the Russels oldest son, Owen, 5, performed in Footlite Musicals’ production of “Joseph and the Amazing Technicolor Dreamcoat.”

Then, the Russels were invited to audition for “Holiday Inn.”

“The director told us about it, and our family encouraged us to audition. We needed something positive, although it’s killed us,” Russel said with a laugh. “It’s been a crazy couple months.”

Russel said one of the joys of theater is getting to become somebody else for a little bit.

“That and being able to help give everybody in the audience a chance to be removed from their current situation and be put into the story for a certain amount of time,” she said. “The message of (‘Holiday Inn’) is sometimes you need to pause in the pursuit of happiness to just be happy. When I read the script, that right there, of course I want to do it.”

Now, she wants to focus on her kids. She doesn’t have plans to audition for any upcoming performances.

Russel, a Republican, didn’t have plans to get involved in politics, either. She became politically active after advocating for the city to not cut money from the EMS reserve fund in 2016. Coming from a family of public safety workers, Russel had a passion for public service and decided to pursue the council seat. She was elected in 2020.

Russel said local politics is more about listening to constituents and solving problems rather than picking sides.

“I’m young, but I’m willing to learn. Being able to be young and not set in my ways so early and being able to work with people, I think that is something that catches people off guard,” Russel said. “I think people miss that mark. I don’t think people know how to take me sometimes. I’m going to ask you 9 million questions. I’ll talk to as many people as I can. If I’m representing someone’s tax base, if I’m representing money, I would want somebody to ask questions.

“How many things are, ‘That’s just the way it is,’ in politics? No, no, no. That’s why I say I feel like I’m a wildcard sometimes.”

Outside of work and performing, the Russels are very active in their church, Lawrence Church of God. 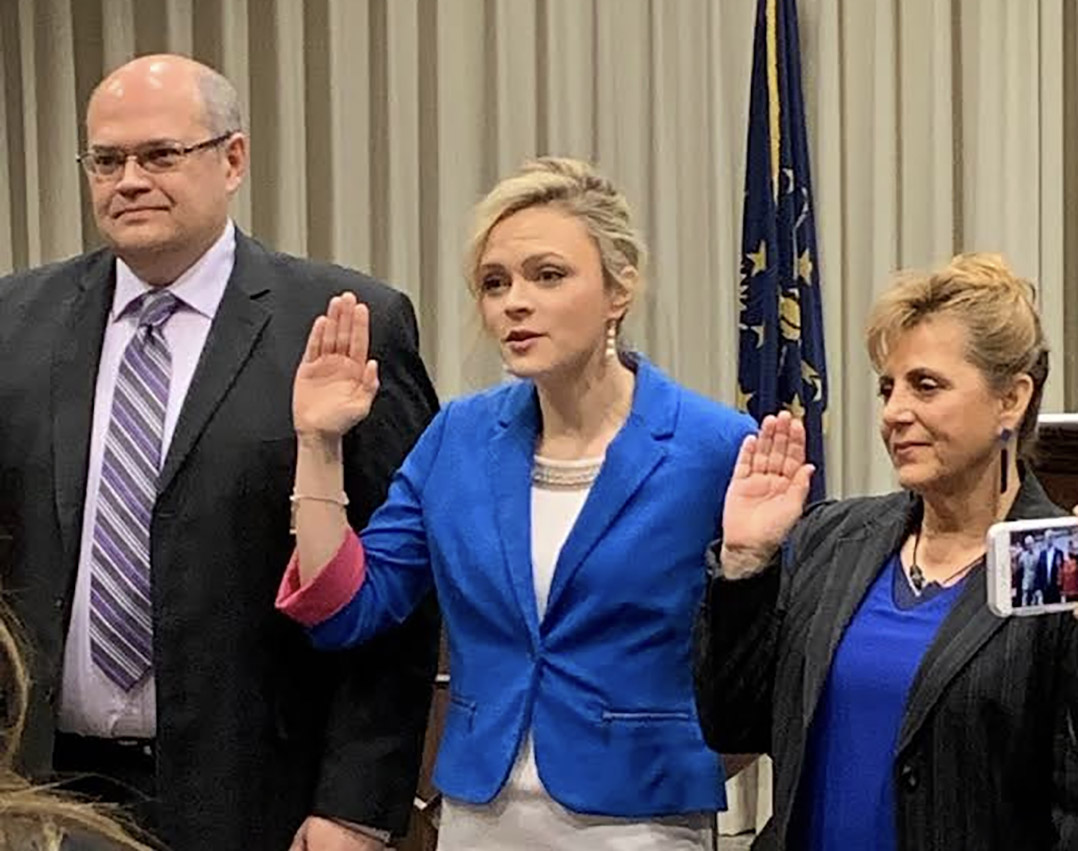 Lawrence Common Council member Lauren Russel was encouraged to run for city council after she advocated for the city not to cut money from the EMS reserve fund in 2016. After her presentation, Mayor Steve Collier reached out to her and asked her to run for council.

“The mayor was my former history teacher,” Russel said. “He reached out to me and said, ‘Have you ever considered running for office?’”

Russel hadn’t, but after considering Collier’s request, she decided it might be a “good calling.”

She was elected in 2019 and began her term in 2020. She credits Collier’s history classes as a way of encouraging her to think on all sides of an issue.

“Everything is subjective, so let’s talk about it. I learned that from Collier in AP U.S. History,” Russel said. “I’m an easy person to work with.”

“I had the pleasure of Lauren as a student in my Advanced Placement U.S. History class and she literally lit up the room with her contagiously upbeat personality. I remember very clearly that if I happened to be having a difficult day or I was feeling sorry for myself for whatever the reason might have been, Lauren was able to cheer me up,” Collier said. “I am so proud of the woman that she has become, but I have to admit that I’m not the least bit surprised. As a mother of three boys, she is a fantastic mom, even as she is successfully juggling her acting/singing career along with keeping her firefighter husband on track.”