You are at:Home»Current in Carmel»Carmel Community»Shooting in downtown Carmel leaves 1 injured at Sophia Square

An Indianapolis man was arrested after firing shots at 4:20 a.m. Dec. 8  in downtown Carmel and injuring a man working out at Anytime Fitness in Sophia Square.

Carmel police arrested Moses Shoaga, 25, shortly after the shooting. Police said Shoaga had been walking in the area of Main Street and 1st Ave. NW when he began to indiscriminately fire a gun into the building, striking a male victim in the leg. 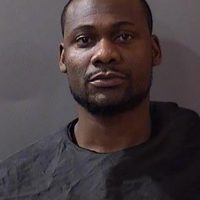 Shoaga has been charged with criminal recklessness, a level 5 felony, and carrying a handgun without a license, a misdemeanor.

The victim was transported to the hospital with injuries that are not believed to be life threatening.

Carmel Police Dept. Lt. Tim Byrne declined to release information about a potential motive or if the suspect and victim knew each other, as the investigation is ongoing.

He said it does not appear the incident is related to a Dec. 6 report of a potentially armed person making threats near Main Street and Range Line Road, which was found to be unsubstantiated. Police briefly closed the intersection and locked down nearby schools as they investigated.