Mikayla Koharchik is quite familiar with the role of Charlie Brown’s tormenter, Lucy. 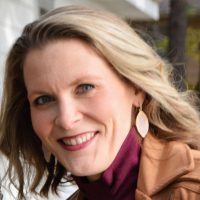 Koharchik has played Lucy twice in “You’re A Good Man, Charlie Brown.’ Now, the Zionsville resident will play Lucy in Civic Theatre’s production of “A Charlie Brown Christmas” Nov. 26 to Dec. 18 at The Tarkington at the Center for the Performing Arts in Carmel.

“I love the role because she is so over the top and bossy,” Koharchik said. “She is just a lot of fun to play. My son said, ‘Mommy, you are too old (to play Lucy).’”

She informed her son that all the characters are played by adults.

“To have a bunch of adults playing children is so much fun,” said Koharchik, a Zionsville Middle School instructional coach. “I like channeling a 6-year-old girl who has trouble managing her emotions. It’s a great show for families and kids. I can’t wait for my own children to come see it because they are obsessed with this Charlie Brown special on television.”

Fishers resident Max McCreary, who teaches at Roots’ School of Theatre in Fishers, shaved off his beard for his role of Charlie Brown. 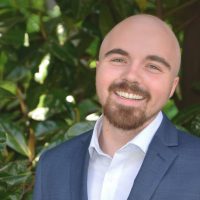 “It’s a great cast. We just get to sit and play together when in the room rehearsing,” McCreary said. “To come in the room and be a bald little sad clown for a few hours a few days a week (is fun).”

McCreary, a 2014 Zionsville Community High School graduate, said he wasn’t a big fan of Charlie Brown specials as a child.

“As an adult, I empathize with Charlie Brown,” he said.

“I like the role of Violet because throughout the play, there is a clear change of heart in her for ‘A Charlie Brown Christmas,’ which isn’t about the presents or treats, but about treating people and things with kindness,” Chrzanowski said. “When I found out that Civic was doing this show last year and they offered the role to me, I was so excited. I was devastated when the show was canceled last year, so I was very excited to find out we were able to put it on now.”

“’Charlie Brown’s Christmas’ has always been a part of my childhood,” Wallace said. “My mom is obsessed with it. Snoopy has always been my favorite character because I like silent characters. I was kind of a mischievous kid, so obviously that was who I was rooting for every time. I love the physicality of Snoopy, having to convey a lot without saying anything.”