You are at:Home»Current in Carmel»Carmel Community»Boardwalks, illumination could be coming to wellheads at future Carmel park

Two little-used wellheads at a future park site could soon get a makeover.

Developer Falcon Nest, which owned 63 acres that contained the wellheads, completed donating the land to Carmel Clay Parks & Recreation this week. The site near the southwest corner of 146th Street and River Road, which features soil conditions unsuitable for substantial development, will be known as Thomas Marcuccilli Nature Park.

CCPR plans to construct boardwalks to and around the wellheads, which will serve as overlooks of the park. A trail system through the park also is likely to be added, but little else. CCPR is partnering with planning and design firm MKSK to develop plans for the park. 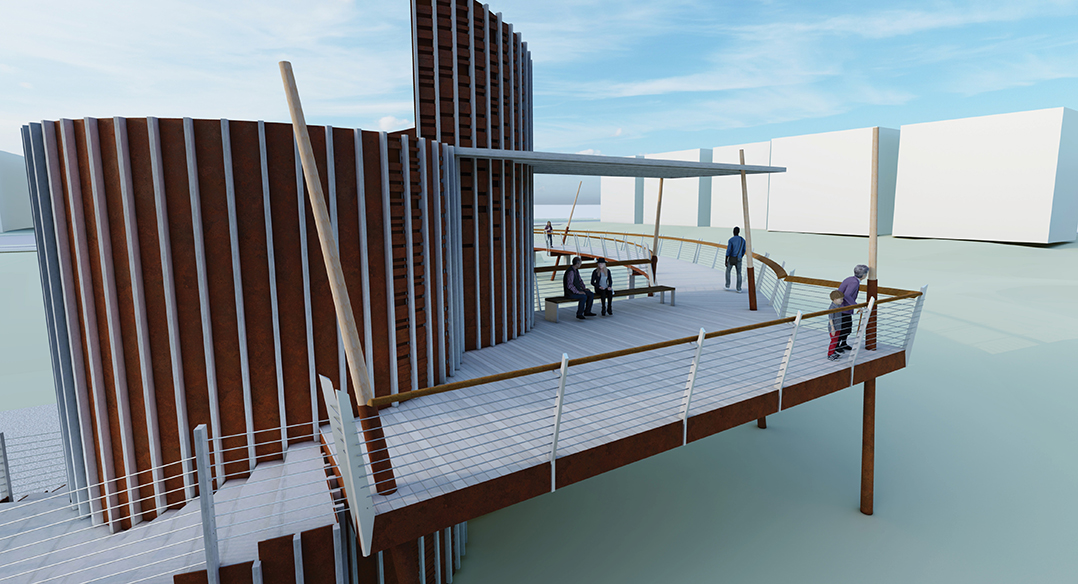 Proposed plans for Thomas Marcuccilli Nature Park include illuminating wellheads on the property. (Rendering by MKSK)

“(The park) is not well suited for major development. If it was, it probably would have houses and homes and other things on it,” Klitzing said. “You’re never going to find the Monon Community Center (there), because the soils won’t support it, but it provides some incredible natural experiences.”

Carmel Utilities Director John Duffy said the city installed the wellheads in 2008, around the time the Great Recession slowed development plans in the area and beyond. The city ended up building a new water treatment center on 116th Street, lessening a need to pull water from the wells.

Duffy said the city can pull 6 million gallons of water a day from the wells if needed, but most of the time they are unused.

“They’re functional, but they’re not very attractive,” Duffy said. “We always knew one day these wells would look different.” 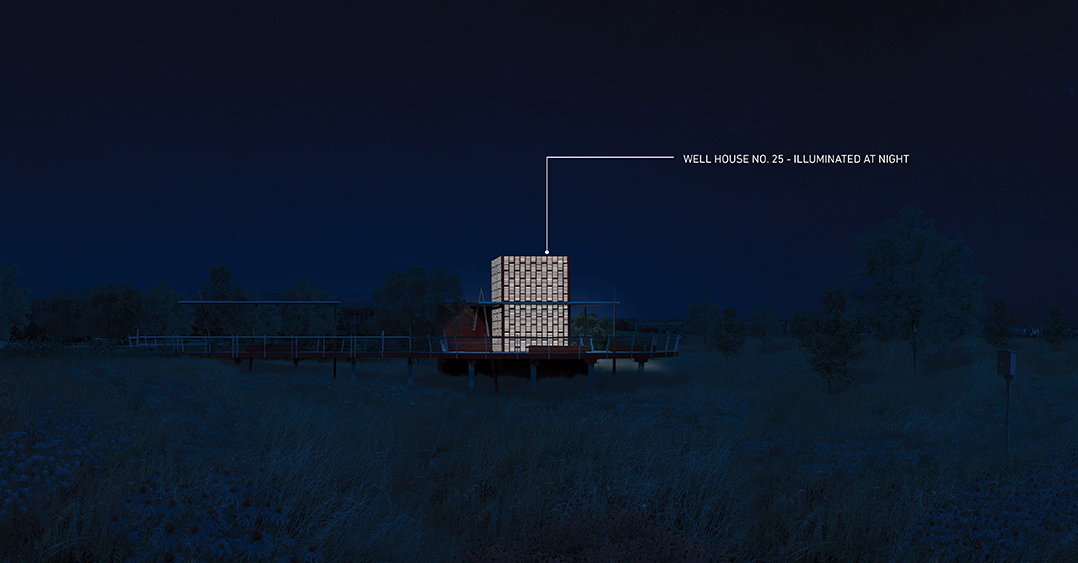 Proposed plans for Thomas Marcuccilli Nature Park include illuminating wellheads on the property. (Rendering by MKSK)

Urban designer Casey May of MKSK said her firm wants to create a low-maintenance design that pays homage to the agricultural history of the site. It could include using the emergency lights required at the site to illuminate the wellheads at night in a way that will be visible from the road but not invite visitors at that time.

“We could utilize the need for ventilation of the shell that surrounds these pump elements so there’s perforation of the shell and it’s internally illuminated,” May said. “We want to be very thoughtful about this though, so … those perforations are faced to the inward part of the park so the residential areas around aren’t getting a lot of light off of that.”

CCPR plans to gather feedback from the community as it continues to develop plans for the park.