Indianapolis Opera’s production of “Don Giovanni” will be memorable for a few reasons.

“We’re presenting something unprecedented by bringing an African American baritone to do the role of Don Giovanni, which most of the industry doesn’t do,” Indianapolis Opera General Director David Starkey said of the production of “Don Giovanni,” set for Nov. 5-7 at The Tarkington at the Center for the Performing Arts in Carmel. “They shy away from that. From that decision to where we are today 20 months later, the industry is shifting and waking up. Hopefully, those other companies are waking up. 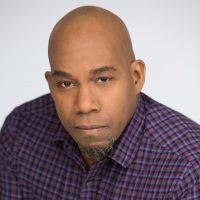 “Why wouldn’t a Black baritone sing Don Giovanni? What’s the difference between that and a white singer or Latino singer?”

Starkey and Eric McKeever, who plays Giovanni, were doing several media interviews about that prior to the show being shut down before opening in March 2020 because of the COVID-19 pandemic. Giovanni is based on the legends of Don Juan, a serial seducer.

“As relevant as it was 20 months, it’s as relevant, if not more, now,” Starkey said. “We’ve been very much an advocate that opera is mixed cultural. It’s inclusionary, it’s open. It should be all of that because all the stories are that way.”

Starkey said when the show was canceled, the cast was about to move into The Toby at Newfields in Indianapolis. He said the cast wanted to conduct the planned final rehearsal before moving into rehearsals at The Toby.

“They wanted to do that rehearsal as sort of a solidarity being there for each other at that moment,” Starkey said.

“We knew we have to go to patrons to donate the ticket price to pay the artists for their work,” Starkey said.

So, the video was produced for the patrons and cast members and families.”

When the rehearsal was finished, Starkey said everyone was crying.

“I said, ‘How about I bring you all back and we’ll finish it at a later time?’” Starkey said.

Starkey said that never happens because of various conflicts, but all but one cast member returned.