The Hamilton County Election Office is implementing precinct changes because of congressional redistricting. The office filed its suggested changes with the state of Indiana after the Hamilton County Commissioners approved the changes at their Oct. 25 meeting. 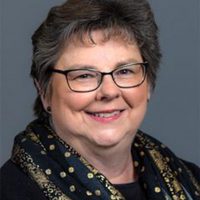 “We typically do all of this in June or July,” Hamilton County Clerk Kathy Williams stated. “But with the delay in the census, approval of new house, senate and congressional districts was delayed. Our office has been working tirelessly to get these turned around in a timely fashion.”

“Nearly every precinct in Hamilton County will change as a result – whether that’s in size, location, annexation or name,” Williams stated. “Voters will get a notification of their precinct changes some time in December.”

By law, each precinct must have at least 600 eligible voters and no more than 2,000. A precinct may not cross a congressional or state legislative district line.

State Senate and House of Representatives district lines were required to be in place for candidates to meet residence requirements by Nov. 8. Candidates must be residents of the district for one year before the November 2022 general election.