You are at:Home»Current in Carmel»Carmel Education»Carmel Clay Schools superintendent addresses suspension of public comment at board meetings, when it might return

For a school board meeting that lasted roughly 10 minutes, the biggest news of the morning was about what wasn’t said.

Carmel Clay Schools announced last week that — as a result of disruptions, verbal attacks, intimidation, inappropriate behavior and the presence of a firearm at previous meetings — it would suspend the public comment portion of the meeting indefinitely. CCS also moved the Aug. 23 meeting time from 7 p.m. to 8 a.m. 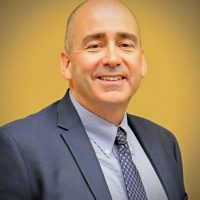 “We’ve had some struggles with public comment recently, and we also had a situation where we had a pretty volatile crowd and a handgun that was dropped onto the floor, a real scary moment,” Beresford said. “We needed time for everybody to take a big, deep breath and calm down. We’re going to bring public comment back. It’s postponed, it’s not going away forever, but we just need to take time out and relax and pull things back together.”

State law requires school board meetings to be open to the public, but they are not required to allow time for public comment. Still, the suspension of public comment upset many people in the community, who claim CCS is trying to silence opposing viewpoints.

But for the most part, those upset by the changes didn’t show up.

Notably absent was a visible presence by Unify Carmel, a group formed this spring that has used the public comment portion of school board meetings in recent months to express disapproval of CCS diversity and inclusion initiatives, mandatory face masks and books they deem inappropriate found in Carmel schools.

“We had always planned on not attending this month because the reading we did during the last board meeting received such overwhelming response, both in shock and support for what we were doing, that we didn’t want to present yet another bombshell this month,” stated Alvin Lui, a Unify Carmel leader.

Carmel resident Mike Smith, who said he is not affiliated with Unify Carmel, was among the few people who did show up to protest the suspension of public comment. He remained outdoors with a bullhorn and could be heard briefly — though not intelligibly — during the meeting.

“Because they’re not going to let us speak in there, I was hoping to be heard inside the meeting from outside,” Smith said.

Smith, whose grown children attended CCS, said he showed up because many of his neighbors with younger children no longer had the availability to attend.

“(CCS officials) hid and moved their meeting to work time, and those parents can’t be here,” he said. “Why did they move the meeting time? Where’s the credible threat?”

Beresford said officials changed the start time because of the short agenda and cancellation of public comment, which has taken the allotted 30 minutes at the last several board meetings with others wishing to speak not having the opportunity to do so.

“We had a full house (this morning). There were plenty of parents here. I don’t think the crowd was smaller than normal,” said Beresford, adding that he’s also received public comment in the form of hundreds of emails.

The majority of community members who attended the meeting expressed support for the school board and CCS administration.

Gloria Sachdev, whose daughters attend Carmel High School, showed up early and stood in the entryway with a sign showing support for district officials. She said she believes it was a “common sense” decision to suspend public comment.

Beresford said he doesn’t know when the public comment portion of the meetings will be restored, but he said it will be determined by when “we get back into a more civil situation.”

During the meeting, the school board approved material and retinal fee changes for the 2021-22 school year, awarded a bid for HVAC equipment replacement at the Carmel Life & Learning Center and approved changes to several policies.