The classroom will look different on certain days for some Fishers elementary students this year. For some, it will have a pastoral feel as they explore an active farm, while for others it will be in a workshop with a 3-D printer that can turn imaginative designs into reality.

Through an extended partnership with the City of Fishers, HSE School District’s Teacher-in-Residence program is expanding for the 2021-22 school year. The program places a teacher in a nontraditional classroom setting, allowing students to rotate through and learn in a new environment.

For example, this year all second graders in Fishers will cycle through Fishers AgriPark, where they will learn about farming, plant and animal adaptation, weather and erosion. Also new this year, the fifth grade students will rotate through the Fishers Maker Playground inside Hub & Spoke, where students can put STEM skills into practice.

Students in second and fifth grades will visit the off-site classrooms for a full school day, one class at a time, during the first semester. Second-graders will spend time at Fishers AgriPark, while fifth-graders will spend back-to-back days at the Fishers Maker Playground. 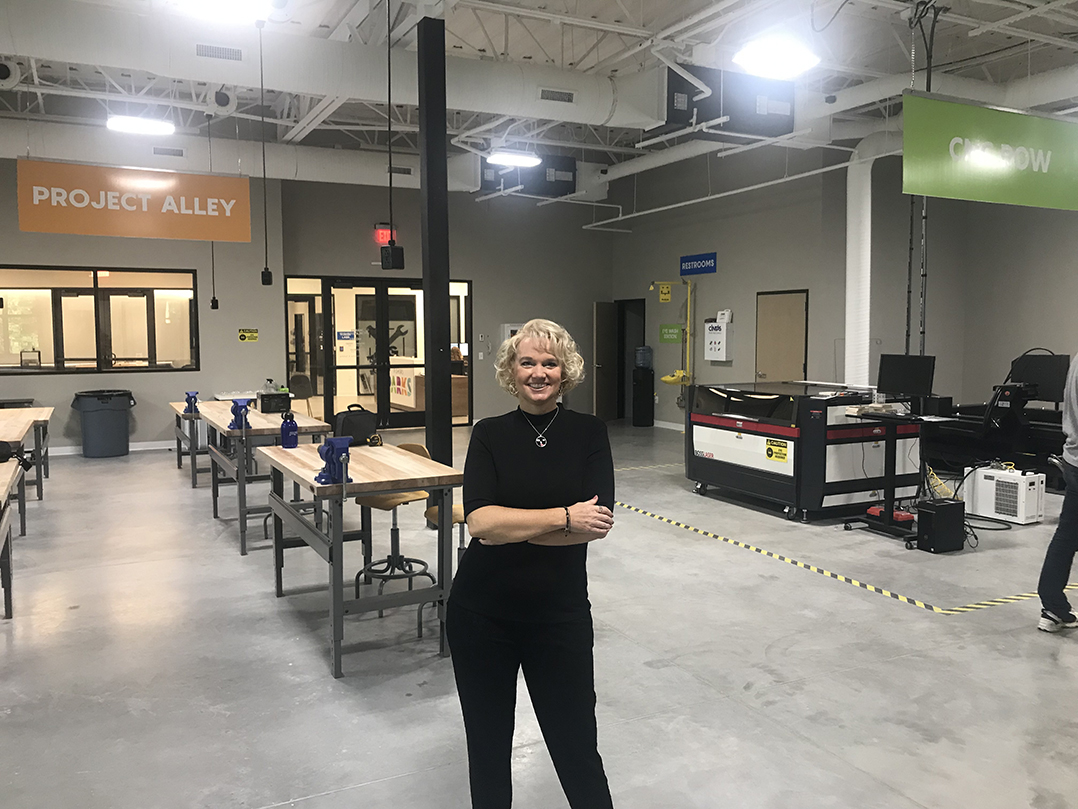 Jennifer Suskovich inside her new classroom, the Makers Playground, where she’s looking forward to seeing fifth-grade students put STEM learning to tangible use.

Jennifer Suskovich, who has been teaching in HSE schools since 2001, joins Brooke Daniel, who is starting her sixth year in HSE schools, as the two new teachers-in-residence, both employed by the school district. The teachers’ classrooms are at the Fishers Maker Playground and AgriPark, respectively. They will spend one day a week in the school district’s offices or visiting schools, while the rest of the time will be spent on-site.

For Daniel, being able to teach children in an agricultural setting without classroom walls once seemed impossible.

“I’m going to get emotional because it’s really a dream,” said Daniel, a Kokomo native who lives in Fishers.

Daniel and her husband grew up in farming families.

“I’m so excited to watch the kids just light up and be excited and learn something new and get to go home and share with their families, then come back and feel ownership in (the AgriPark) because they’ve invested their time and their energy here,” Daniel said. “It’s going to be a really beautiful thing.”

For Daniel, who spent her 12-year career teaching first grade, the AgriPark will allow students to get their hands dirty and learn that produce isn’t just picked up at the supermarket but is grown. Students also will get to interact with farm animals.

“It’s going to be so amazing for students to get out here. We live in this suburban area where a lot of the kids don’t know much about farming, or they have this image in their head about farming,” Daniel said. “In fact, when I was asking my first-graders what they thought about farming, they all mentioned the animals (but not the produce). I think a lot of our kids just think farming is just animals, so it’ll be interesting seeing their impression of farming shift after they have been out here.”

Unlike the Fishers Makers Playground site, which is indoors, the AgriPark’s schedule needs to be flexible because of weather. Daniel said there may be times she needs to bring the farm-based lessons into the classroom.

For Suskovich, the new position as a teacher-in-resident is a natural transition.

“I’ve always been, in my classroom, very STEM oriented,” said Suskovich, who was the district’s Teacher of the Year in 2014. “I’ve always wanted to find real-world solutions to problems and have the kids be interested in it, too.”

Suskovich said her class was the group that conducted a solar panel study for HSE schools. They were trying to power their own classroom, but the initiative grew and was picked up by the entire school corporation, eventually leading to a farm of 4,800 solar panels.

“When I saw this position, I thought it would be perfect because it was creating a place where I could have students come and look around,” Suskovich said. “There’s so many great places and spaces inside and outside of this building. This would be a great place for them to problem-solve.” 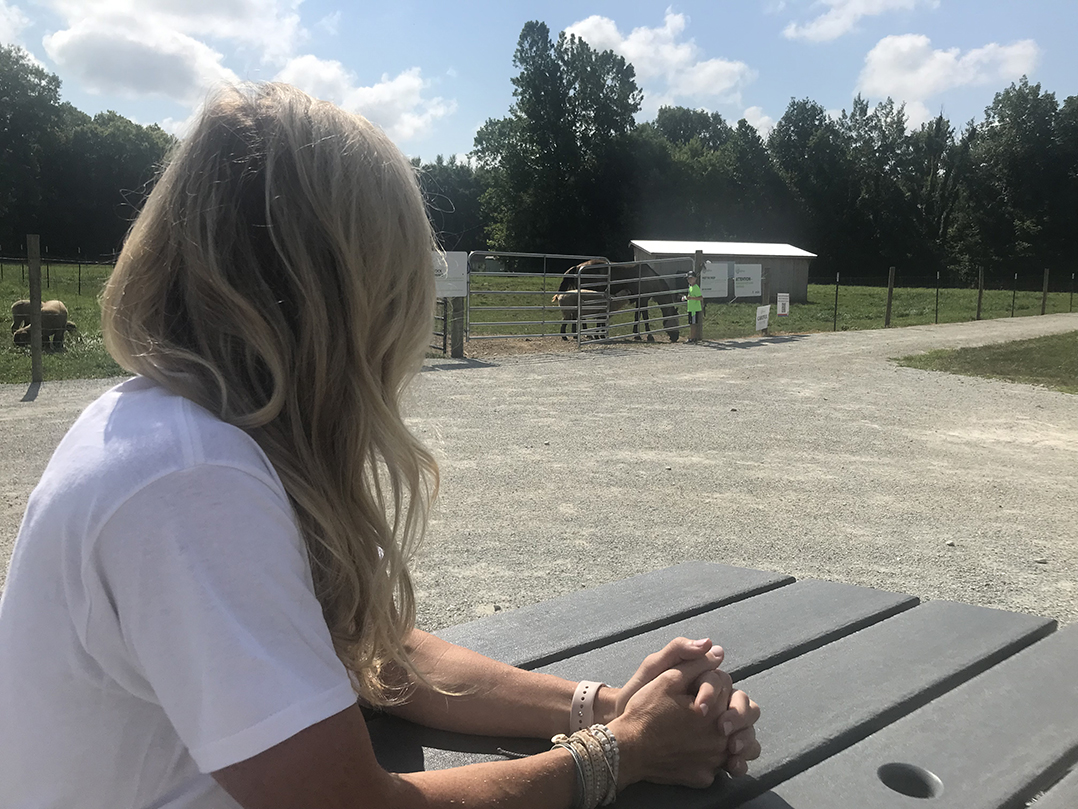 Daniel pauses to watch her son, John Carl, play with Spirit one of the horses that calls the AgriPark home.

The Teacher-in-Residence program began in 2016 when the City of Fishers and the school district partnered to launch “Nature First,” where first-grade students visit Ritchey Woods Nature Preserve. It expanded in 2018 with a second teacher-in-residence at Conner Prairie. That branch focused on fourth-graders during their Indiana history unit, which allows them to tangibly see Hoosier history.

Both programs are still active, and the first two teachers-in-residence were city employees. With the expansion of the program, students in first, second, fourth and fifth grades will have a unique tactile experience at least once a year.

Expanding the program for kindergarten and third-grade students has not been decided.