You are at:Home»Current in Carmel»Carmel Community»Monsoon Madness returning to Holland Park

The one day of the year when Holland Park becomes a large water park is approaching. 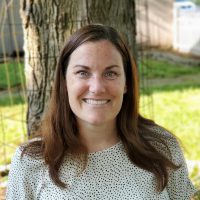 “We bring in seven or eight inflatable bounce house slides, then we hook them up to the water and create these giant water slides,” Fishers Parks Directory Sarah Sandquist said. “It’s so fun. It’s something different that we do and host. I haven’t seen it done anywhere else.”

“So, you can surf at Holland Park,” Sandquist said.

To convert Holland Park into Monsoon Madness, Fishers Parks partners with the city’s public works department to tap an underground irrigation system to provide water for all the slides.

“We have great coordination from our public works department to make (the event) happen and that ruining anything that is ruined underneath the ground,”
Sandquist said.

The event is free, but a 2021 Fishers Parks Event Waiver must be signed before anyone enters the event space. If someone had previously filled out the waiver at a prior parks event, such as Spark!Fishers or Mud Day, then the previous waiver still applies.