In 2012, when spouses Greg Butts and Jennifer Rhodes bought the property at 10728 S. 700 W. in Fortville that would one day become Wild Blackberry Farms, it contained little more than a corn and soybean field.

But the couple had a desire for their kids to get a dose of country life, so they got turned the land into something the whole family could enjoy. They have four children: Sam, 16, Nora, 15, Jesse, 11, and Olivia, 9.

“We knew we wanted a rural property. We knew we wanted acreage for our kids to run around on outside and not be inside on devices all the time. That’s what led us here (to Wild Blackberry Farms),” Rhodes said. “We found the property, fell in love with it and it felt right, and we went with our gut.”

Nine years later, a house they built on the property is their full-time home and the barn and surrounding area will host 30 weddings this year. The multiple rows of blackberry bushes, first planted in 2015, are in their first full season of u-pick, meaning the plants are producing enough berries that the public can visit between 7 and 11 a.m. Monday through Saturday to pick their own fruit. 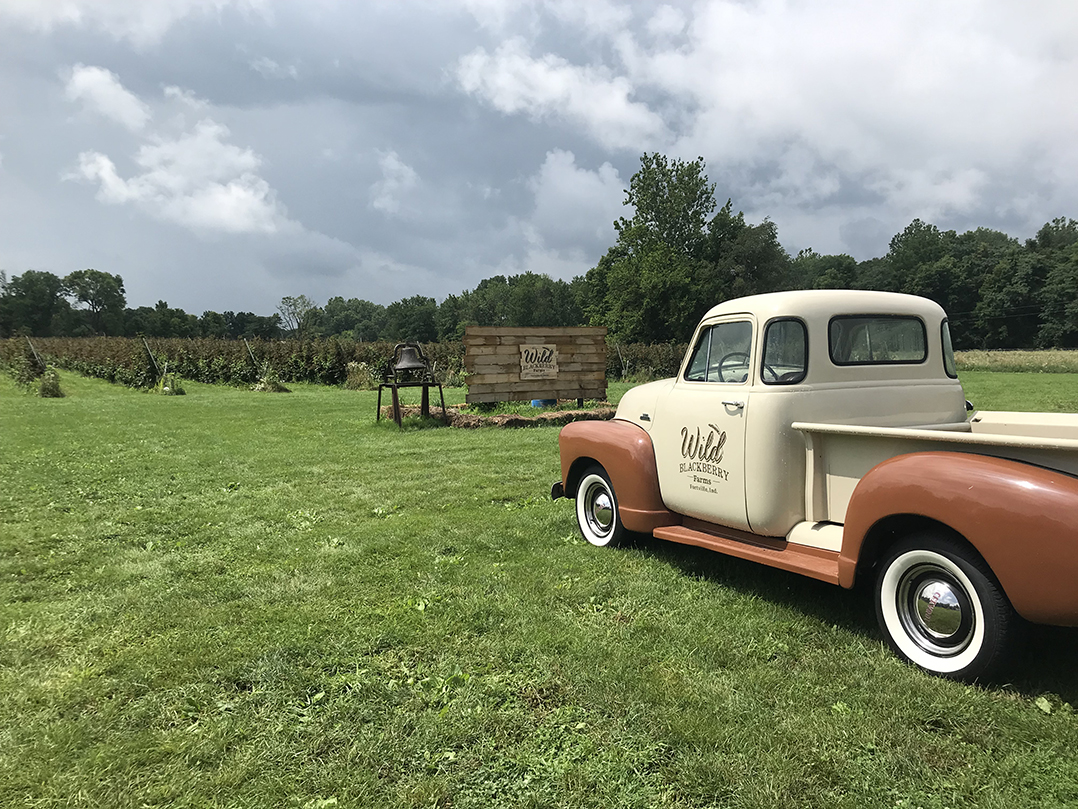 Looking out over the some of the rows of blackberries from behind a repurposed truck that is frequently used in wedding photos on the property.

Thousands of blackberry bushes were planted under the August sun in 2015. It wasn’t until 2017 that a decent number of berries popped up on the vines. With the exception of a couple u-picks last year, from 2017 to 2020 all the blackberries were for commercial use. For help picking the thousands of berries, the couple turned to an eclectic group of rotating employees.

“We’d hire a variety of people. We’ve had prison labor,” Rhodes said. “We’ve had Venezuelan asylum seekers. Most of them were physicians and engineers normally, but they couldn’t do that here. Another year we had high schoolers on break picking for us.”

Because of how Butts and his one-man, full-time staff member Ruben Gonzalez tend the blackberry plants, the berries are simple to pick.

“It’s really easy picking,” Rhodes said. “They are thornless, unlike the ones you’d pick in the wild.”

To make the berries easily accessible and produce a better yield, the thousands of blackberry canes (the cane is the stalk the blackberry branches shoot off from) are attached to a trellis that can be straightened out or collapsed, depending on the need. When straightened, the leaves of the canes face the sun, while the blackberries are shaded, protecting them from scalding.

The process is labor-intensive. It takes a full day to raise all of the trellises, another day to mow and tend to the property and a third day to readjust the trellises.

“After my career and kids, I always say we kind of lost our minds and moved to a farm,” Butts said. “We used to live out on Geist Reservoir, but we decided to find some acreage and raise our kids in the country.”

Butts and Rhodes grew up with room to roam. Butts is from Galveston in Cass County, and Rhodes is from Peru, Ind.

For nearly two decades, the couple looked for the right piece of land that wasn’t too expensive to purchase and build on. Then they found the field in Fortville that would one day become Wild Blackberry Farms.

Nothing was on it. So, they first built the barn. Butts enjoyed playing barn basketball as a kid, so there is room in the loft for basketball and other sports. Initially, the property served as a place to play, as the family continued to live in Geist. The couple got a horse and four-wheelers and would visit, but eventually they felt a desire to live there permanently. So, they sold their home and moved to the farm.

The only problem was, there was no house on the property.

“While we built the house,” Rhodes said. “It was OK for six months.”

“We had a kids bounce house and trampoline. We had a living room set up in here. The kids loved it. Well, I loved it too,” said Butts, who served as the general contractor for the building of the house that was completed in 2018. “It was an adventure.” 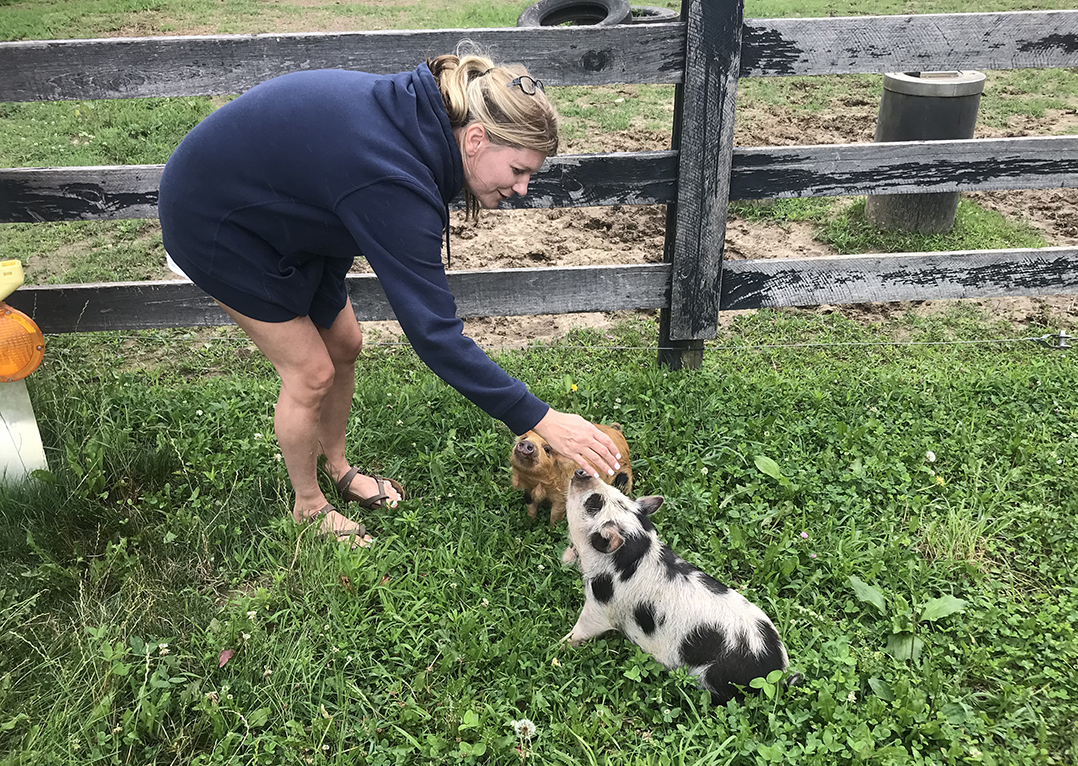 The vast majority of blackberries consumed by Americans are grown internationally.

A major portion of American blackberries are grown in the Carolinas, Georgia and California.

For Butts, the lack of blackberry producers in the Midwest signaled an opportunity.

“(This time of year) the markets in Central and South America are now finished selling, so my bigger buyers are coming to us now saying, ‘Hey, our southern markets are dried up now and are done with berries,’” Butts said. “So, it’s a supply-and-demand thing. They still want berries but there are no berries coming out of Mexico now, but we are just getting started. Even Georgia and South Carolina are wrapping up with their seasons.”