Longtime Chicago jazz musician and music teacher Rob Ryndak was looking for a change of pace. 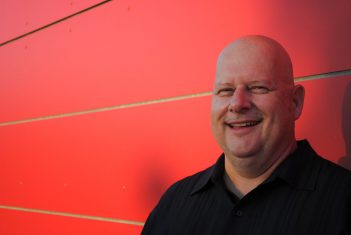 “I moved to Carmel because I wanted to be less than three hours from Chicago, living in an affordable state and desiring a community where the fine arts are thriving,” said Ryndak, who moved to Carmel in 2020. “I also wanted a location where I could take advantage of city life and the space and beauty of nature. Both offer me inspiration for my composing. The embers of creative expression through my music needs new space and air to persevere and glow.”

Ryndak recently started teaching at Carmel’s Meridian Music School, offering lessons in piano at all levels with, the specialty being jazz piano. He still gives private lessons on percussion and piano one day a week in Chicago.

In the meantime, he is working on his seventh album. He had already written 25 songs.

“I only need 10 or 12 tunes,” Ryndak said. “I could have a sax lead, a guitar lead, a piano lead or a combination. I like variety. That’s kind of been my benchmark or style, a lot of variety with instrumentation. This one, I’m going to try to put some vocals on a few songs. I wrote the music and sent it out to a lyricist in Detroit.”

He hopes the album will be released later in 2022.

Ryndak’s last album was called “Gratitude” and co-produced with Tom Lockwood in 2019. Each album has six original tunes, Ryndak said.

Ryndak, who has a master’s degree in music from Northwestern University, has been teaching for more than 30 years.

Some of the highlights from his six albums include recording with Grammy-Award winners Paul Wertico, a drummer, on “Stay With It,” and trumpeter Brian Lynch on “Gratitude.”