You are at:Home»Current in Westfield»Westfield Community»Grand National Pickleball Center planned in Westfield

With pickleball being one of the fastest-growing sports nationally, Westfield had a need.

“Players cannot find court time availability as the sport grows,” said Jim Ake, a former Westfield City Council member. “A lot of the hours are restricted to daytime hours. If you are a retiree that can work, but if you are in the business community (and) you want to play, it’s hard to get scheduled. Certainly, in the winter months, (it) is even more problematic. Generally, basketball courts are converted and it’s not real conducive. The investors have decided to be close to the family sports capital of the world or America, anyway.” 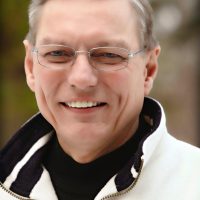 Ake’s Community Development Consulting business is serving as the liaison for the private group, which doesn’t want to be identified at this juncture, that wants to bring pickleball to 25 acres of land across from Grand Park Events Center, outside of Grand Park. The tentative name is Grand National Pickleball Center. Ake said the estimated cost for the project is $30 million. The facility would have 36 indoor pickleball courts and 16 outdoor courts, along with 30 tennis courts.

“Even though it’s not within Grand Park, we feel that’s a draw, and this facility will be part of that whole development of Grand Park and add amenities to it and bring other interests in,” Ake said. “It will be another facility with quality sports.”

Ake said the property was developed by managing director Birch Dalton of EdgeRock Development, and the group plans to build the center on 25 acres of the property that is zoned.

“We’re working on a final design, and we should have drawings available in August,” Ake said. “That’s the first step. Then we will start construction. We hope to have indoor play by December of 2022, so it’s a pretty aggressive schedule. We feel confident we can deliver. We’re looking forward to having national tournaments at the facility. We’ll start out with six to eight tournaments.

“We’ll contribute to the economy of Westfield. It will be a state-of-art facility and much-needed for this sport that is growing.”