You are at:Home»Current in Carmel»Carmel Cover Stories»A lifetime of love: After being advised against marriage, Carmel couple prepares to celebrate 60th anniversary

Jim and Katie Kessler will be married for 60 years June 24, and in all that time, they don’t recall ever having a true fight.

“One time, we were having a disagreement and I said something, and she just ignored me, and I asked why, and she said, ‘It’s not worth fighting about,’” Jim said. “Nothing in a relationship with the person you love most in the world should cause you to fight with them or resort to name calling. In 60 years, I have never called her a nasty name. We are always upset when we are somewhere and hear the wife or husband saying something behind (the spouse’s) back. We hate that.” 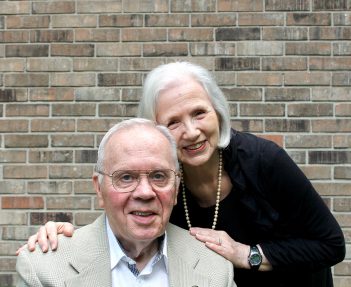 Jim and Katie Kessler will celebrate their 60th wedding anniversary June 24, 1961. They plan to enjoy lunch together. (Submitted photo)

The couple, who moved to Carmel in 1973, met at Purdue University, where they both were studying pharmacy. Jim Kessler was part of the Kappa Delta Rho fraternity, and Katie Kessler was part of the Zeta Tau Alpha sorority. Katie Kessler said she’s not really sure when she actually met her future husband, since they were in classes together all the time, but they first spoke to each other at Kappa Delta Rho’s fraternity’s neighborhood tea.

“One day, when I was a sophomore, my fraternity house always had a neighborhood tea to pay the neighbors back for any offenses or any problems caused,” Jim said. “I was second vice president, so I was at the door greeting people, and Katie and one of her sorority sisters and the house mother showed up. We looked at each other and said almost at the same time, ‘I know you.’”

The couple didn’t begin dating until the end of their junior year, when they went to the junior prom at Purdue together.

Jim proposed in March 1961, but said he was “disengaged at least three times” before the couple finally married on June 24, 1961. Jim is a lifelong Catholic, and Katie is a lifelong Methodist, and neither were going to convert, so Katie worried it would be a point of tension in the relationship.

“My Catholic faith taught me I can’t change, and she loved (being) Methodist and she did not convert. She was never going to convert, and I was never going to change,” Jim said. “The priest who married us said, ‘Don’t do it, mixed marriages don’t work,’ but we went ahead and did it.”

They were married in a Catholic church with a small wedding. Katie bouquet was orange blossoms.

“It was very simple,” she said.

Even after 60 years of marriage and raising two children, they both still attend different churches. Jim attends St. Elizabeth Seton Catholic Church and Katie attends Carmel United Methodist Church. They both have participated in missions to Haiti with each of their churches.

“The only reason we need two cars is so we can go to different churches every Sunday,” Jim said.

But despite going to different churches, the couple prays together daily.

Jim said the couple’s love for each other has only grown in the past 60 years. When asked if they love each other more now than when they first married, Katie immediately responded, “Oh, yes, much more.”

And 25 years after the couple married, the same priest who advised them not to marry performed the wedding ceremony for the couple’s daughter.

“I told him, ‘You don’t remember but 25 years ago, you told us not to marry, and I want you to know we have a happy, joyful marriage,’” Jim said.

For their anniversary, the couple plans to enjoy lunch together. 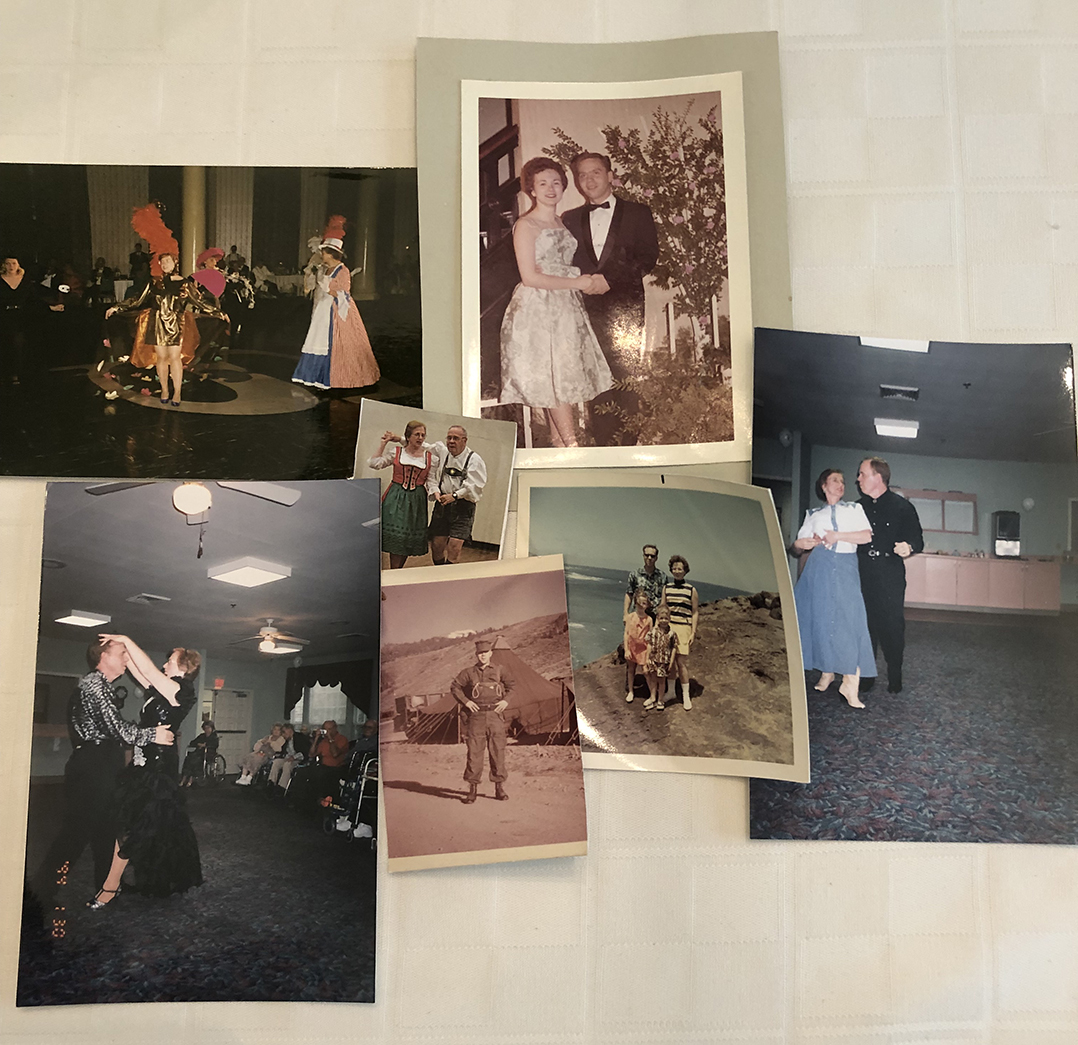 Jim and Katie Kessler were married in 1961.

Sixty years of marriage for Jim and Katie Kessler has brought its share of challenges. The couple admits one of the biggest was Jim Kessler’s service in the Marine Corps. He served on an aircraft carrier during the Cuban Missile Crisis, and the Kesslers spent their first Thanksgiving as a married couple apart. Jim also ended up missing their first anniversary, as he was attending Survival School for the Marines at the time.

“His being in the service and away so much was a challenge, and he worked a lot,” Katie said. “And we had been married four years when his father died suddenly and left a widow and a teenage son at home, so we tried to support her, and then five months later, my dad suddenly died, and my 18-year-old brother came to live with us. So, we had a 2-year-old, a 4-year-old and an 18-year-old, and that was a challenging time.

“You go through hard times, but as time goes on, we tend to remember the good things. We have never been people to dwell on the hard times.”

The Kesslers said they’ve strengthened their love through the years by always treating each other politely and with kindness.

Katie also encourages couples to find activities they enjoy doing together. The Kesslers were ballroom dancers for 25 years and even taught the skill for some time. They participate in Zoom yoga together, and they also like to read together.