The HSE boys defeated the visiting Greyhounds 10-6 to claim their second state title, while the girls lost 13-8 to Carmel at Warren Central finish runners-up.

“I think (the results) show that HSE has strong lacrosse programs,” HSE girls coach Adrianne Wagner. “We have a great feeder program. We have great coaches that have dedicated themselves to the program. HSE is a force to be reckoned with.”

The boys team has finished first or second in the state finals each of the last three seasons, with COVID-19 wiping out the 2020 season.

“Not too long ago we were a club sport,” boys coach Scott Beesley said. “Back in 2016, we were still a club sport (now varsity). Since then, it’s just been tremendous the support that we’ve gotten from the school. Our athletic department responded well to how serious our guys and girls take this sport.”

The HSE teams continue to benefit from a successful feeder program. The HSE boys U14 team beat Carmel for the U14 title.

“I think they have seen the growth that HSE has had,” Wagner said of players on the feeder teams. “They are eager to get to the high school level and contribute, and the youth are practicing skills that will allow them to compete and be ready as freshmen.” 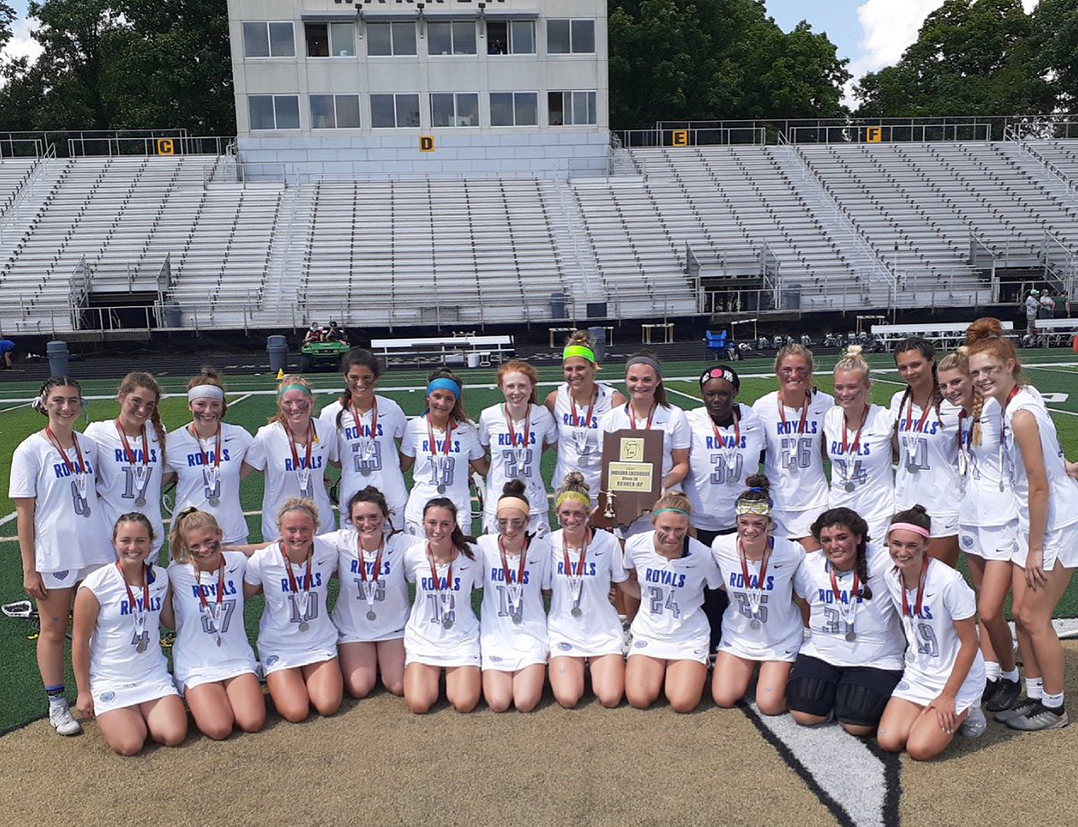 The HSE girls lacrosse team after finishing runner-up against Carmel.

On the HSE girls side, the Royals lose only four players to graduation. Moreover, two of the three leading scorers in the state title game were sophomores. They are Caitlin Carter, who had three goals, and Ellie Nawa, who had two.

For the boys, defeating Carmel was especially sweet for Beesley. The Greyhounds are not only a county rival but are also members of what Beesley calls “the three Cs.”

“Carmel, Cathedral and Culver, they are our big three rivals,” Beesley said. “Anytime we can beat them it’s a feather in our cap.”