You are at:Home»Current in Carmel»Carmel Community»Carmel city councilors express support for age-restricted community on 146th Street 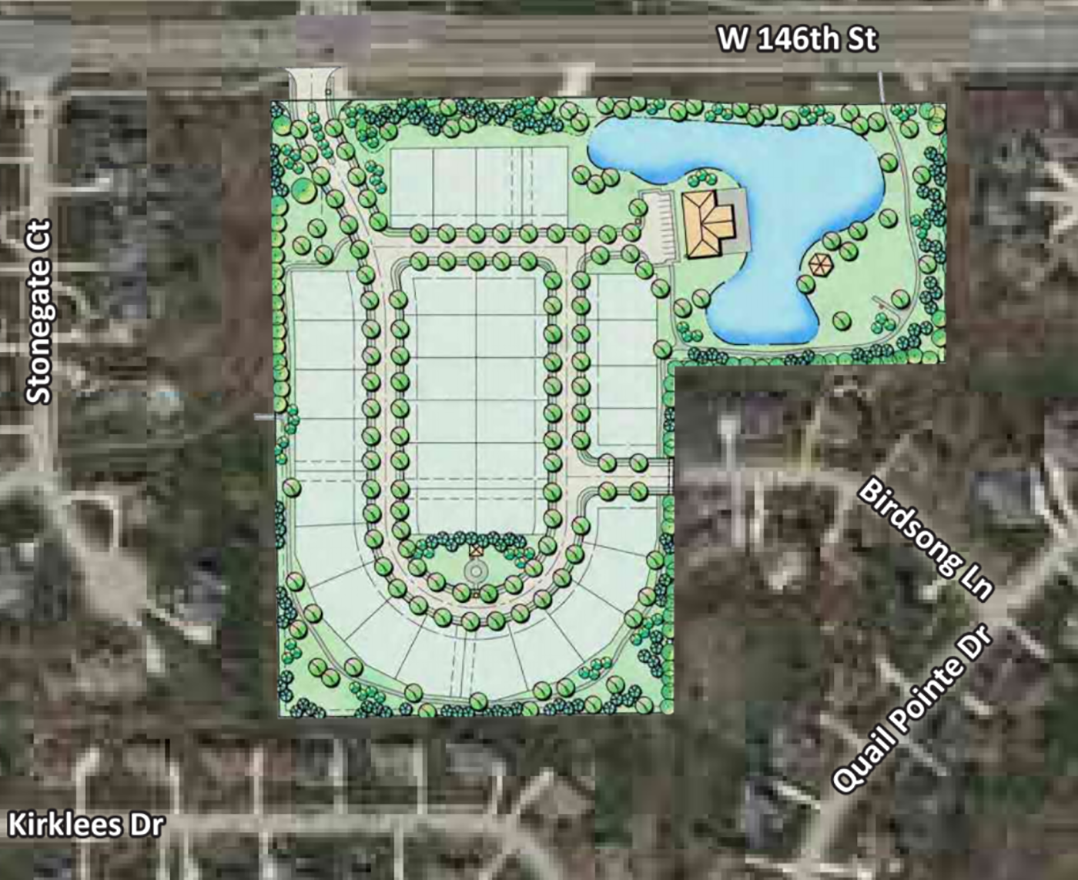 Less Impact Development is proposing the Bedford Falls neighborhood to include 34 single-family homes on 16.87 acres. Home prices are expected to range from $360,000 to $580,000.

Scott and Stan Schutz, who own Less Impact Development, are asking the city to change the zoning from residential to a planned unit development, which allows for various building types in one project. It is proposed to include 6.5 acres of common area space and a trail network that ties into the Westchase neighborhood to the west.

The city council discussed the proposal at its June 7 meeting before sending it to the council’s land use committee for further review.

Attorney Steve Hardin, speaking on behalf of the developers, said the homes will be built with changing needs in mind as residents age.

“There are different things you can do to make things accessible without looking like you’re living in a hospital room,” Hardin said.

To be an age-restricted community, federal law requires at least 80 percent of the homes have at least one resident who is 55 or older.

“We can’t get enough of this type of product, so I’m really happy to see it on the west side,” she said. “Not everybody wants to go toward Midtown when they’re downsizing.”

“If I were to make a blueprint for an empty-nester community to be put on the west side, which is a place we have land to do it, this would be it,” he said.

No one spoke against the proposed development during the public hearing, although the city did receive a few emails from nearby residents raising concerns about drainage and density.

If the project is approved by the city council, construction is expected to begin in the spring of 2022.

A meeting date for the land use committee had not been set as of press time.